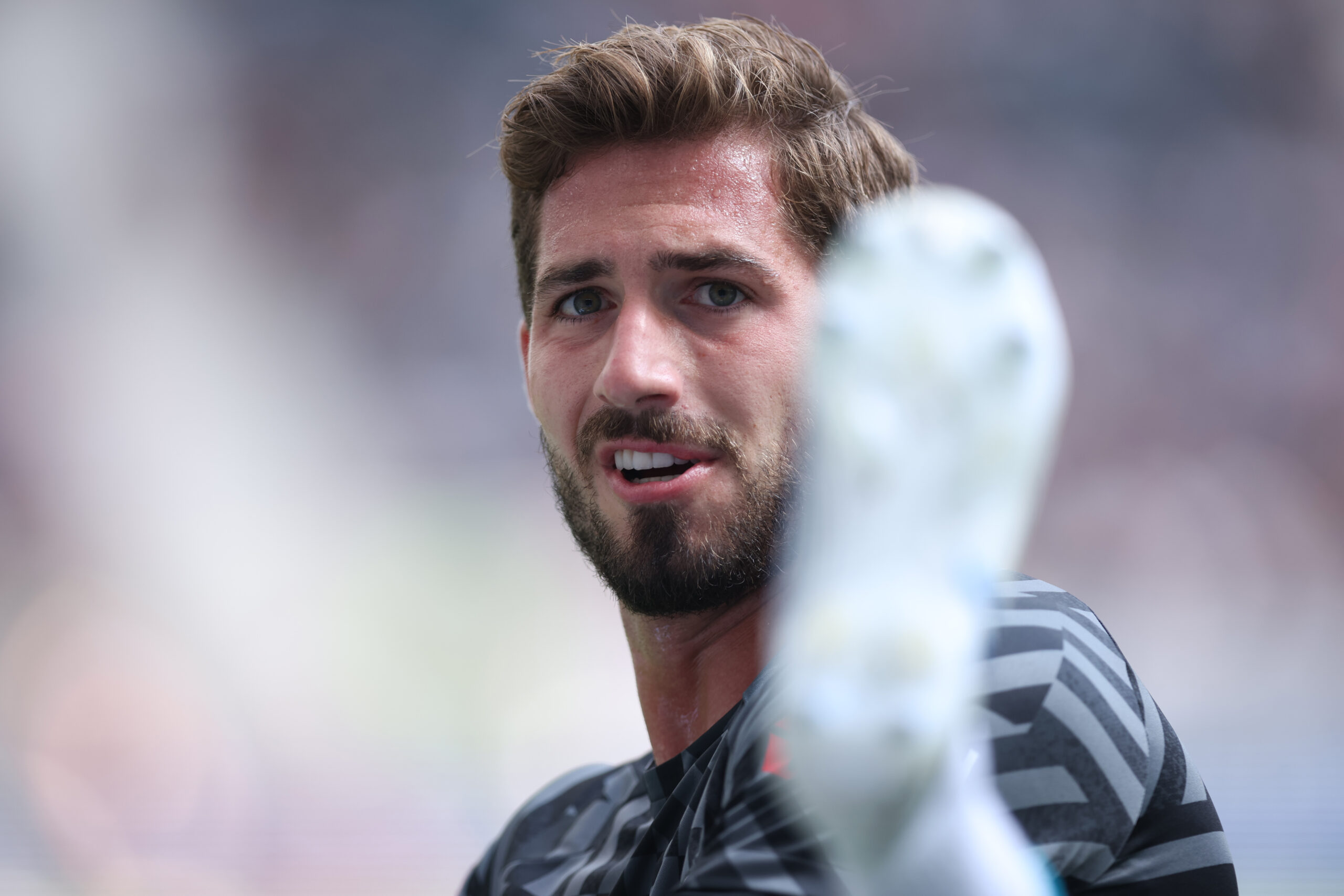 That’s according to BILD journalist Florian Plettenberg who claims that Frankfurt want to keep Trapp at Deutsche Bank Park, despite the goalkeeper’s desire to join United.

Ten Hag clearly wants to bolster his goalkeeping ranks at Old Trafford this summer as David de Gea’s ability seemingly continues to wane. In addition to that, the United boss has only 36-year-old Tom Heaton in reserve.

And it seems as though Ten Hag has someone in particular in mind to come in and provide proper competition for De Gea.

Kicker reckon that United are lining up a bid for Trapp in the high single-digit range (EURO). So if that was €9.5 million it would equate to £8m. The Red Devils are prepared to pay the 32-year-old close to £180k-per-week, according to Sport 1.

And Florian Plettenberg claims that Erik ten Hag has personally phoned Trapp to try to convince him to join United this summer.

Trapp has been described as a ‘world-class’ goalkeeper by the Daily Star. In 460 career games, the German has conceded 574 goals and kept 141 clean sheets in the process.

He’s a fine shot-stopper and is very commanding in the air. The experienced goalkeeper is very good with his feet as well.

The 32-year-old has plenty of winning experience too, having won two league titles during his time with Paris Saint-Germain.

We think that Trapp would be the ideal signing for United, considering how Ten Hag wants to play out from the back. Whether Frankfurt are ready to sell him in the final week of the window remains to be seen though.

Plettenberg reckons that the German is keen to move to Old Trafford. And that’s always a huge bonus when trying to get a tricky transfer done.