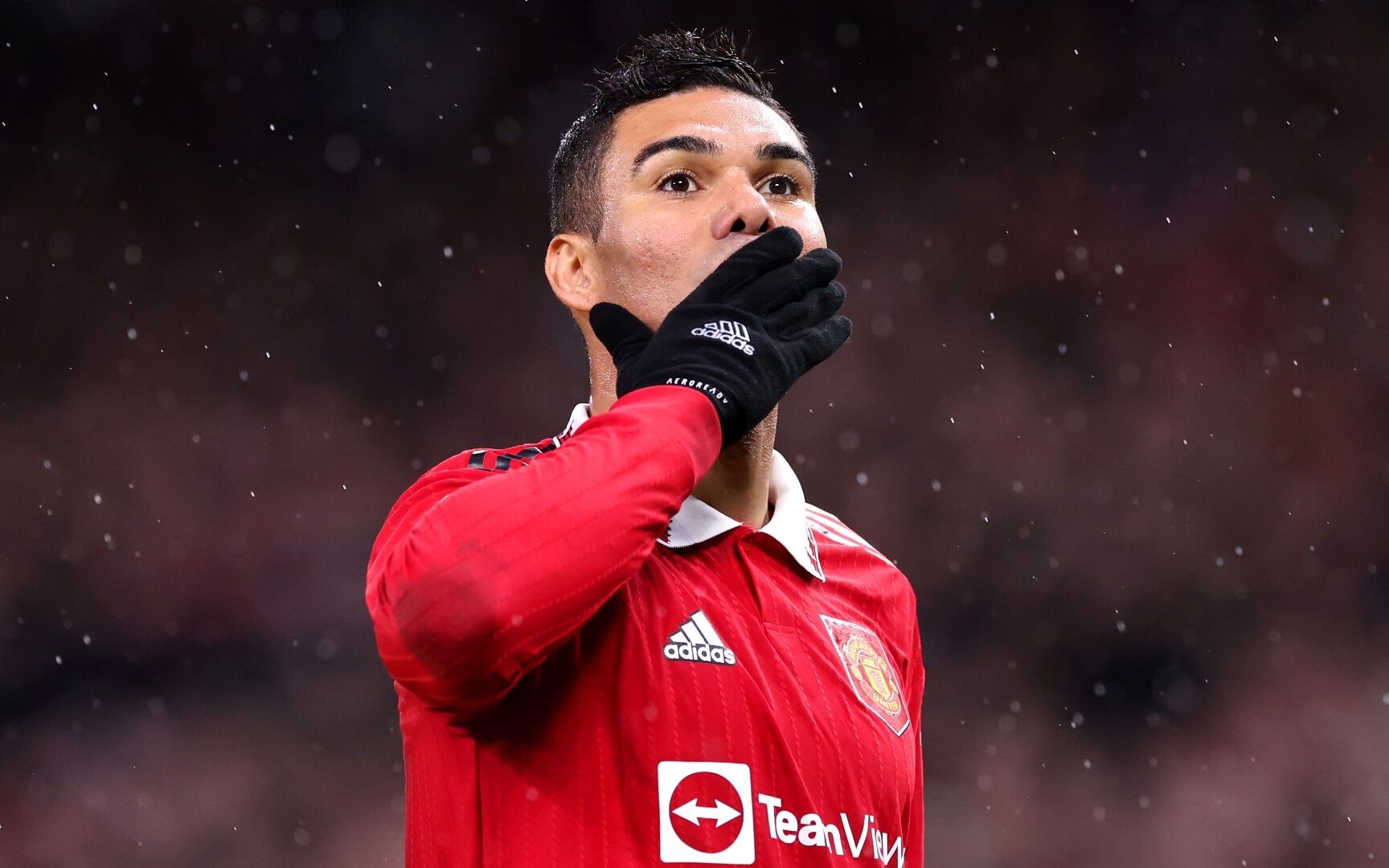 The early kick-off at Old Trafford saw United take on their cross-city rivals in Erik ten Hag’s biggest test of the season.

The reigning champions were eager to put their disappointing Carabao Cup defeat at Southampton behind them and emerge victorious. Meanwhile, United looked to record a ninth win on the trot.

After a dull first half, the game opened up after the break as City took the lead in the 60th minute through Jack Grealish.

When all seemed to be playing in City’s favour, United forced a sensational comeback via goals from Bruno Fernandes and Marcus Rashford.

Despite Fernandes and Rashford stealing all the headlines, Casemiro also deserves plaudits for his performance.

The central midfielder was instrumental in thwarting all of City’s attacks and made some crunching tackles in United’s penalty box.

The Brazilian international put in a crunching tackle on Erling Braut Halaand in the dying moments of the game to deny City an equaliser.

Throughout the game, Casemiro played a decisive role in transitioning the ball from defence to attack and even assisted Fernandes’ goal.

Despite Casemiro’s attacking prowess, it was clear that Ten Hag allotted a more defensive role to the midfielder.

The former Real Madrid star had 46 touches in the game with a 65 percent passing accuracy. He also made four clearances, had one blocked shot, put in one tackle and was dribbled past only three times.

The Brazilian star has been an asset to Ten Hag’s system since arriving at Old Trafford and is a key figure in the team’s resurgence.

Although he was taken off in the 89th minute, Casemiro left his mark on the game in a historic victory for Erik ten Hag and his men.