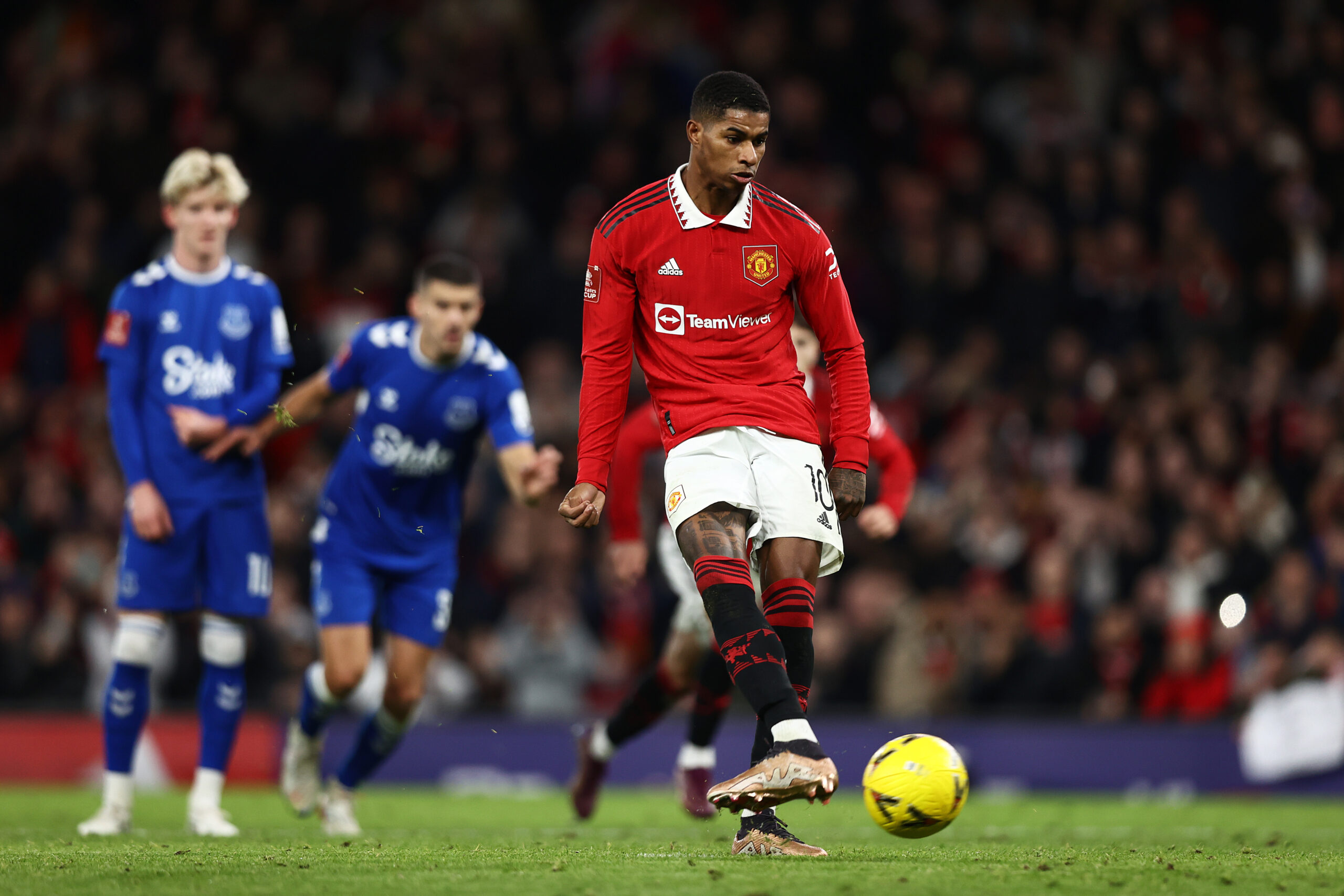 The Red Devils marched into the next round of the FA Cup after defeating Everton 3-1 last night.

Rashford played a crucial role in the game, creating the first two goals before dispatching the penalty to add another strike to his season’s goal tally.

After the game, Rashford said (via ManUtd.com): “Yeah, that’s the aim (to win trophies). That’s why we do what we do and why we work so hard.

“Obviously, it’s always nice to go through in cup games and the FA Cup is definitely a special competition to play in.”

A trophy is long-awaited by Manchester United

It’s been almost six years since United won their last silverware. The fans are eagerly waiting for their side to lift a trophy.

United are still alive in all competitions this season and have a real chance to end the drought.

Rashford has been a standout performer for the Red Devils. His goals have come when United were looking for some inspiration.

The e 25-year-old has scored in every game after the World Cup, taking his total goal tally 13. This is already eight more goals than he netted in the previous campaign.

Ten Hag is looking for a new striker to bolster his attacking options. Rashford is filling that hole right now, but signing a new centre-forward should be the club’s priority.

If someone can shoulder the burden of scoring goals more regularly, the Red Devils will have a great shot at lifting a cup this year.