Why there’s still hope for Jadon Sancho at Manchester United 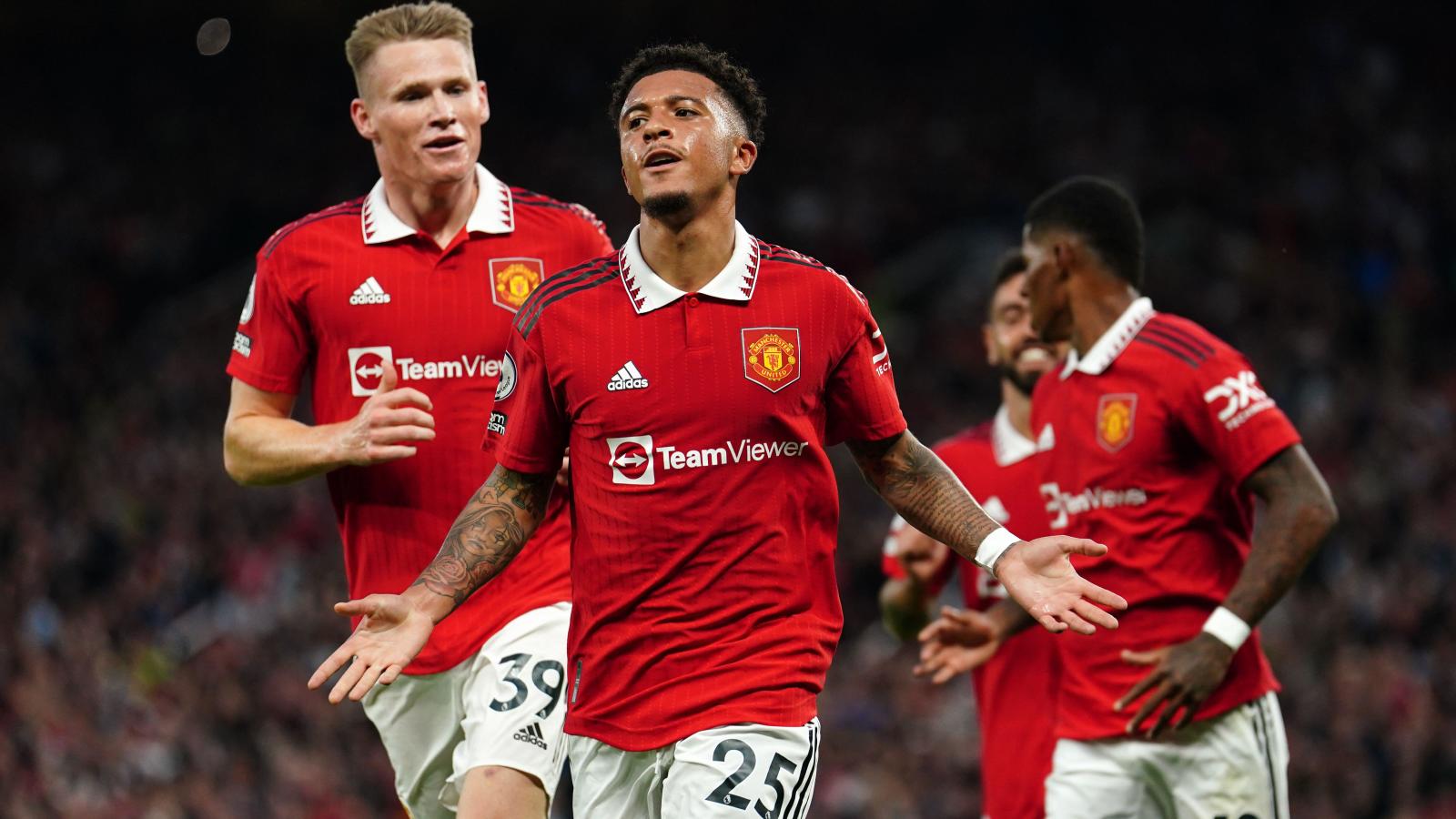 Manchester United star Jadon Sancho has gone through some tumultuous times since joining the club in 2021.

The former Borussia Dortmund player was touted to be one of the rising stars of world football when then-United manager Ole Gunnar Solskjaer brought him to Old Trafford.

However, fast forward 18 months, and Sancho’s United career seems to be hanging by a thread. He was missing from England’s World Cup 2022 squad and was also not part of United’s squad for their mid-season training sessions and subsequent friendlies in Spain.

Sancho has been training away from the rest of the United squad to prepare himself mentally and physically for life at Old Trafford.

His time at United has been marred by the fact that he has seemingly failed to adapt himself to the intensity of the Premier League.

The former Dortmund star has been on and off in terms of performances. Erik ten Hag has admitted on multiple occasions that the youngster is not physically fit enough to feature in all of United’s games for the season.

Ten Hag has stated that Sancho is unlikely to feature for United over the festive period. He remains unavailable for selection, and the mystery surrounding his absence will only thicken as time passes.

However, all hope may not be lost for Sancho. The prolific winger will undoubtedly have his work cut out, but that does not mean all doors leading to Old Trafford have closed.

With the case in point of Marcus Rashford, the 22-year-old could soon be back on the team sheet.

Jadon Sancho will need to follow the Marcus Rashford blueprint

Rashford’s return to form, for both United and England, is not a coincidence. With racism, criticism and poor form all surrounding the youngster, he turned around an abysmal run of games from last season to a sensational showing under Ten Hag.

Since the arrival of the Dutchman, Rashford has returned to form. Like Sancho, his talents were never in question, but his lack of mental and physical fitness may have derailed what promises to be a fine United career.

Sancho has only scored three goals this season and has been struggling to make an impact on games. The youngster has consistently been lacking attacking awareness and has also only secured one assist in the Premier League. He also averages only 37 touches per game with an average key pass intensity of 1.4 in the league.

His lack of confidence, along with a dearth of determination in the final third, has been perhaps the most worrying aspect of his game.

However, a closer look at the symptoms will give an understanding of the similarity to Rashford’s situation in the previous season.

Under Solskjaer and then Ralf Rangnick, the English international looked to be a shadow of his former self.

He clearly lacked the potency in attack, especially the gift of running at defenders in the final third, an attribute which was on display in the second goal against Burnley in the recently concluded Carabao Cup game.

Sancho could take a cue from Rashford and enhance his game. He could get his spark back with a bit of gritty determination and the wishful thinking that what he does off the pitch will pay off on the pitch.

Ten Hag’s presence should also give the youngster hope. One underrated quality about the former Ajax manager is his ability to get the best out of his players, even those who are misfiring.

That being said, Ten Hag will hope that the special curated training Sancho has been undergoing will boost his confidence, and he will return with full determination to prove a point.

The second half of the 22/23 season will be a major turning point for Sancho in his United career. He is currently at the crossroads of becoming another ‘what could have been’ story or the next big thing. It will depend on how he wants to prepare and present himself.

All hope for Sancho and his United career may not be lost just yet. The Old Trafford faithful may yet see the youngster light up the Theatre of Dreams with splendid performances.