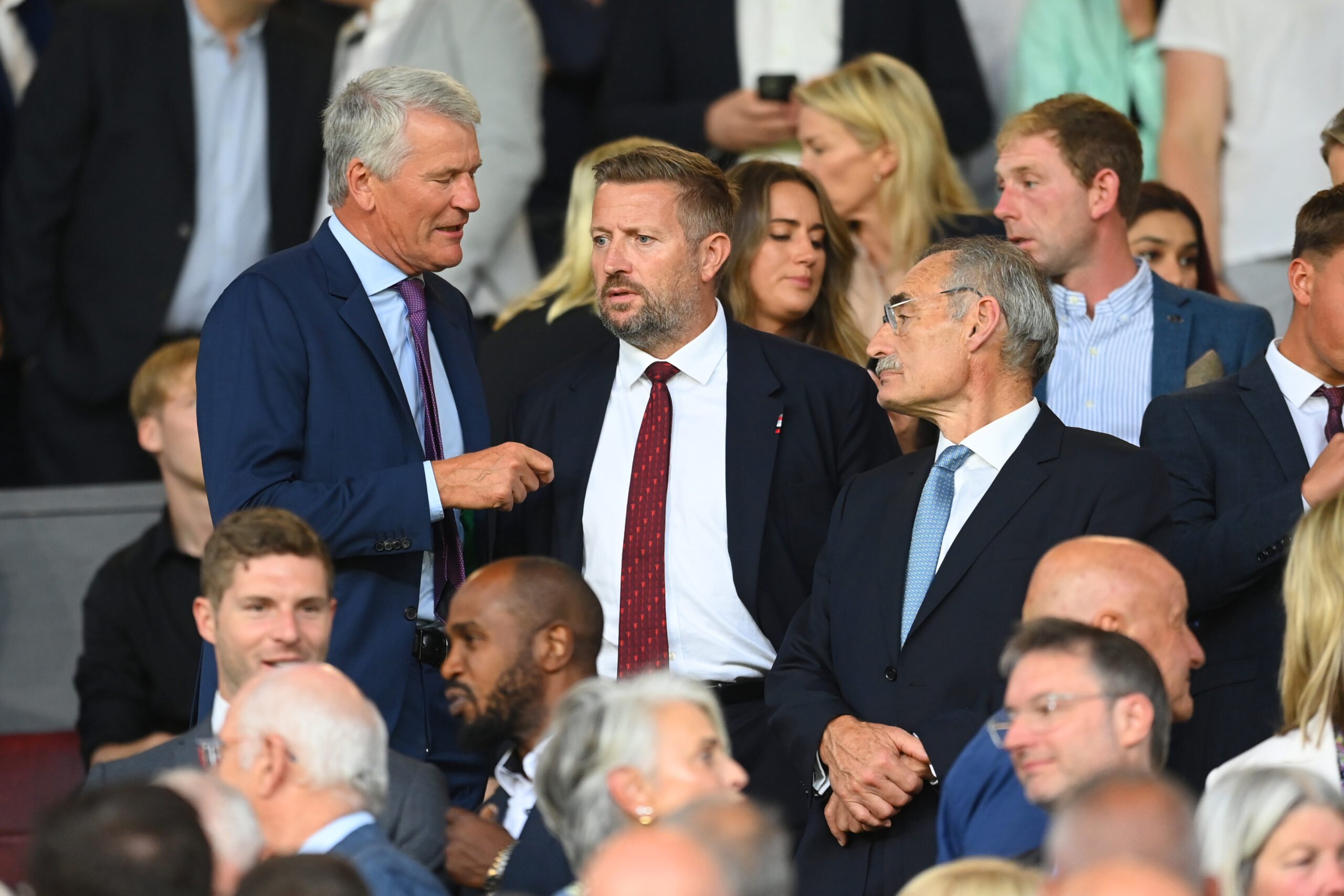 Manchester United chief executive Richard Arnold commented on the club’s impending sale and how the process is developing in December.

The Glazer family had previously confirmed their desire to sell United or at least look for ‘strategic alternatives’ after a roller-coaster 18-year reign.

Arnold told a fans’ forum meeting (via The Telegraph) that irrespective of who the new owners at the club are, the supporters will be involved as United look towards a new direction.

“We will be advising any prospective new investors on the value of the fan engagement processes we have built in recent years and recommending that they continue to be strengthened,” Arnold said.

“When and in what form that investment comes remains uncertain, but I feel confident in saying it will be a positive process for the club because we all understand the capital needs that we have in terms of redeveloping the stadium and training ground while continuing to build a winning team.”

However, there has been no concrete progress in selling United or fan views being given any importance since then.

Nothing has changed at United despite Arnold’s promises

Despite the Glazer family’s best efforts to be in the fans’ good books, the Red Devils’ faithful would love nothing more than to see the back of the current owners.

Several reports have emerged about when United could be sold, which hinted at a quick sale rather than a dragged-out process.

In the wake of the European Super League and the massive protests that followed, the Glazers had their backs against the wall.

However, they have continuously tried to repair their relationship with the Old Trafford faithful, including a promise to pay heed to fan voices.

Arnold stressed that point at the fans’ forum, but little to no attention has been given to what the fans wanted over the past few weeks.

Although the sale was seemingly being fast-tracked, no progress appears to have been made.

Shirt sponsors Teamviewer have also backed out of their multi-year deal, with the club looking at other options.

In the meantime, several new rules have been put into place. Player salaries have reportedly been capped at £200,000 per week, new contracts are being dished out at the wishes of manager Erik ten Hag, and business in the January transfer window looks bleak.

While there have been rumours of several players coming into the club, there has been nothing concrete.

The Glazers seem to have little interest in developing the stadium, while the club is £680 million in debt. Meanwhile, the Glazers have pocketed their share of the dividends and stock sales.

Despite Arnold’s promises, United fans could see darker days in the future. With little to no progress in handing over ownership, the Glazers have once again proved that the fans’ interests will always have a back seat while they are in charge.