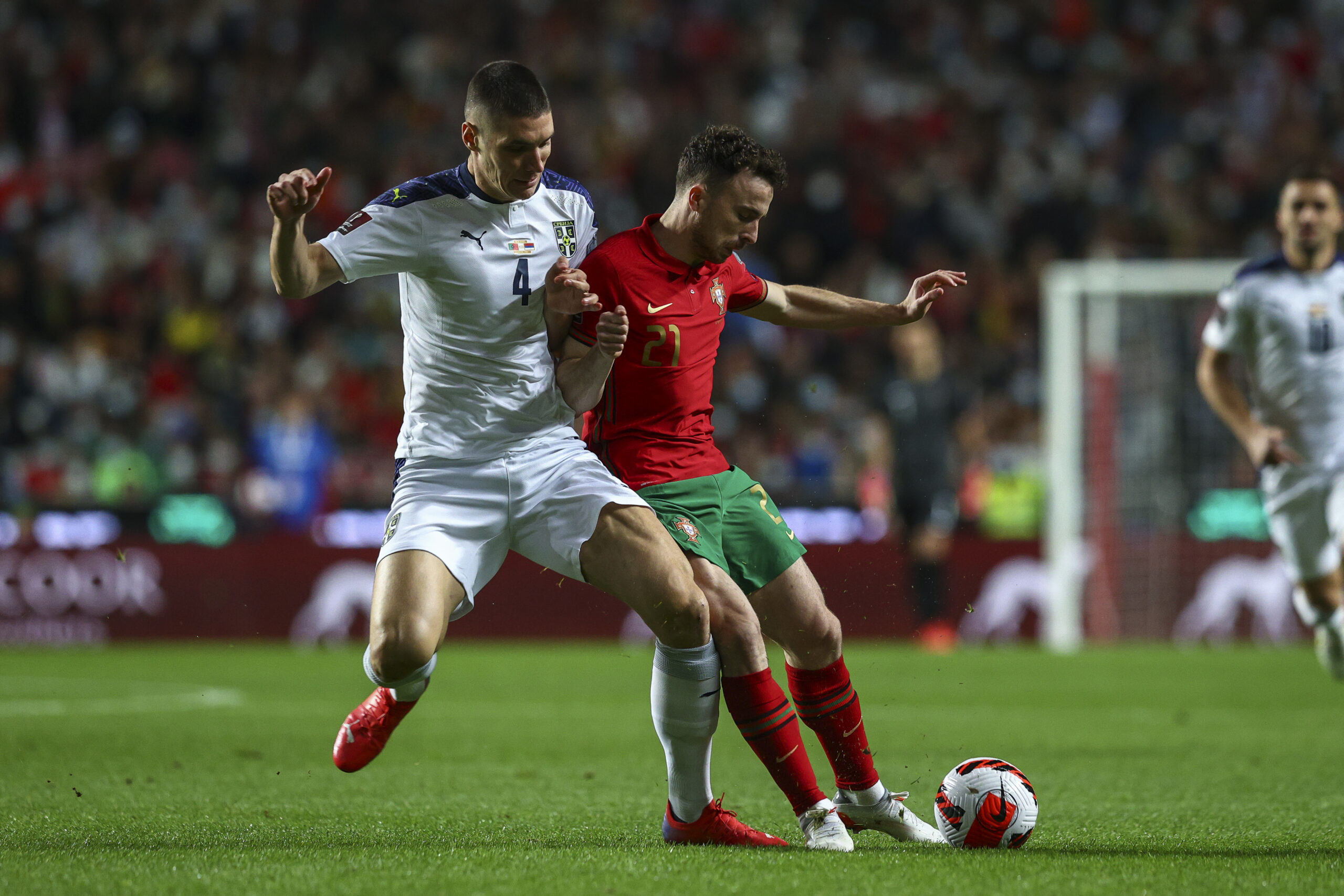 Serbia stunned Portugal in a ‘winner-takes-all’ showdown in Lisbon on Sunday to secure automatic qualification for next year’s World Cup in Qatar.

Despite falling behind only two minutes into the game, courtesy of Renato Sanches’ superb finish from inside the box, Dragan Stojkovic’s men put on a show at the Estadio da Luz to send the Selecao to the play-offs.

Stojkovic sent all of his forwards to the pitch in pursuit of that all-important second goal, and his all-out-attack approach paid off in the closing stages of the game.

Second-half substitute Aleksandar Mitrovic headed home Tadic’s delivery to send his side to Qatar 2022 in the most dramatic fashion.

As for Portugal, Fernando Santos’ conservative approach and his decision to defend a draw eventually came back to haunt the 2016 European champions.

Manchester United superstar Cristiano Ronaldo had a quiet evening by his standards, barely threatening Slobodan Rajkovic throughout the 90 minutes.

Frustration boiled over in the dying moments of the game as the ex-Juventus goal-machine tried an impossible half-volley from long-range, sending the ball to the stands.

The 36-year-old failed to produce a single attempt on target as he spent most of the game in the back pocket of the Red Devils’ transfer target Nikola Milenkovic.

The Fiorentina centre-back enjoyed a stellar night in Lisbon, showcasing the defensive prowess that Ole Gunnar Solskjaer has so often lacked this season.

Milenkovic barely put his foot wrong throughout the match, preventing one of the world’s most intimidating attacking lines from creating anything meaningful in the front third.

Given Raphael Varane’s injury-riddled start to life at Old Trafford and Harry Maguire’s underwhelming performances, Man United could dive back into the market for a new defender in January.

The Premier League heavyweights are long-term admirers of Milenkovic, having tried to lure him away from Serie A on several occasions, including as far back as 2019.

Unsurprisingly, the Red Devils turned to Varane when he announced his decision to sever ties with Real Madrid, going for broke to land him in the summer.

With the 24-year-old’s contract at Fiorentina running out in less than two years, he could be available in a cut-price deal this winter or next summer, which should put United on red alert.

Despite his contractual status, Milenkovic remains an indispensable first-team player at Artemio Franchi, having featured in all 11 Serie A matches this term.

United could benefit from the Serb’s versatility as he has proved he can play as a right-back and a central defender in a three-man backline equally well.

And while Milenkovic had a game of his life, United star Bruno Fernandes experienced another disturbing evening for the national team.

The mercurial playmaker replaced Manchester City’s Bernardo Silva midway through the second half but failed to make any contribution worth mentioning.

His form has been in steady decline over the past couple of months, and the Red Devils will need their talisman to get back on the rails as soon as possible.

The 27-year-old was often caught in possession while none of his set-piece deliveries posed any threat to Serbia.

As expected, despite receiving the call-up, Diogo Dalot was an unused substitute.

Read Next: Man Utd to step up pursuit of Zinedine Zidane with Ole Gunnar Solskjaer under pressure.