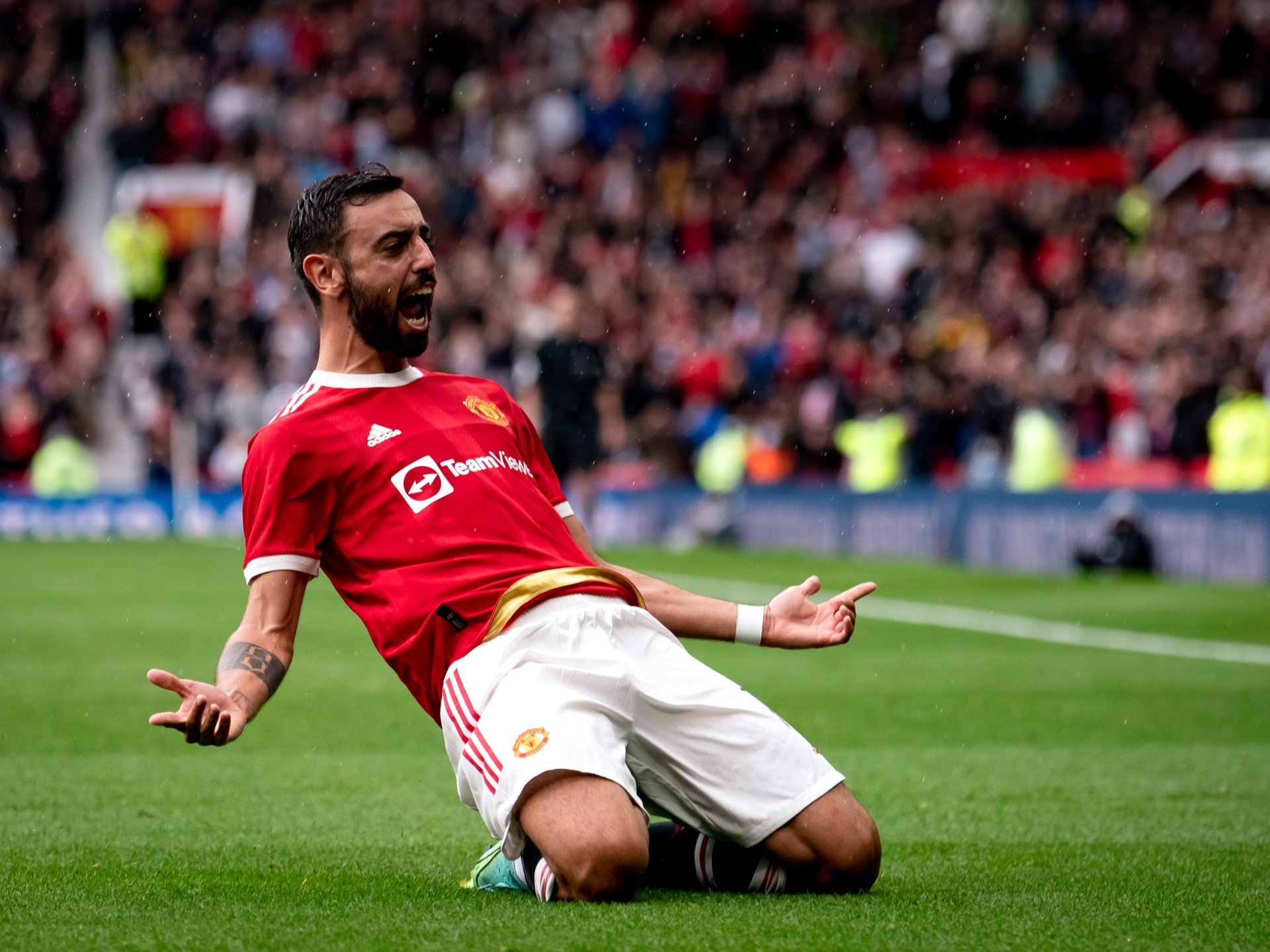 Manchester United star Bruno Fernandes‘ time at Old Trafford has been fruitful, to put it mildly.

Despite not winning any silverware, the Portuguese star has been instrumental in helping United reach a position of respectability and consider vying for silverware.

Since joining the Red Devils in January 2020, Fernandes has racked up plaudits from critics and fans alike.

He scored 12 goals and assisted eight during his first season at the club. He was also the top scorer in the Europa League and helped United finish third in the league and qualify for the Champions League.

Fernandes also won the Matt Busby Player of the Year award despite only being at Old Trafford for half a season.

However, the 2020-2021 season brought out the best of the former Sporting Lisbon star as he racked up more accolades.

Not only did United finish second in the league but also reached the final of the Europa League, only losing on penalties to Villareal. Fernandes scored 28 goals and assisted 17 during 58 appearances throughout the season.

His place in the side was cemented, and so was his status as one of the best midfielders in the world as he won another Matt Busby Player of the Year award at the club.

However, the departure of Ole Gunnar Solskjaer only a few months into the 2201-22 season and the arrival of Ralf Rangnick contributed to a poor campaign for Fernandes.

As United finished sixth in the league, the Portuguese star’s stock failed as he only had 24 goal contributions throughout the season.

With the arrival of Erik ten Hag, things have once again turned around for Fernandes. What once looked like a journey downhill seems to be going upwards once again.

However, Fernandes is no longer the goalscoring phenomenon he once was.

The 28-year-old has become a team player, a magician, who is at the heart of every attack, contributing to the creation and machinery of a new-found United.

Fernandes’ team game only adds to what is a vast arsenal for a midfielder.

Ten Hag is using Fernandes as the main midfielder in the team and as a central midfield playmaking option, an opening that is often being exploited by the forwards.

While he has only contributed to six goals throughout the season, Fernandes is more involved in the game.

Speaking to NBC Sports, via ManUtd.com, following United’s 3-0 win over Nottingham Forest in the Premier League, Fernandes talked about his recent run of form.

“Probably now, I’m not getting as many goals and assists, but I’m playing much better, and I am more involved in the game than I was before,” Fernandes said.

A recent example of this would be his pass to Marcus Rasdhford for the Red Devils’ second goal scored by Anthony Martial.

While not adding another assist to his name, Fernandes was instrumental in getting the key pass through to Rashford while playing deeper than his usual position.

This is an added feature to Fernandes’ game that is being exploited by Ten Hag. While the Dutchman has the availability of two attacking midfielders in Christian Eriksen and Fernandes, he can rely on the Portuguese to create from a deeper role and make things happen on the transition.

The more sensible and more mature side of United’s game comes from his understanding of how Martial and Rashford operate. During the same interview, the Portuguese international highlighted this fact.

“They [Rashford and Martial] are players for the one v one, players that want to go forward, want to go into the space,” he said. “It’s our job to make sure that we go at the right time and we keep the ball whenever we can.”

The key understanding for Fernandes is that his role is no longer only to score goals at United. He now has the task of creating opportunities and delivering when his team needs it the most.

Fernandes has done well to slip into this role, and if anything, fans will enjoy a second side to his game.

With time, United will reap the benefits of Fernandes, who understands the pace of the game and knows when to stop and start.

It is evident from the first few months that Ten Hag relies on Fernandes to deliver reliability and endurance in the heart of the midfield.