What to look for in United’s Premier League fixtures 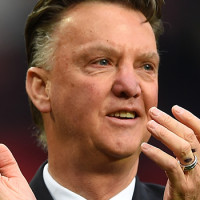 Louis Van Gaal has been handed a relatively easy start to the campaign for the second consecutive season, as Manchester United will open their Premier League campaign against Tottenham Hotspur at home, before travelling to Aston Villa the following weekend.

United will then host Newcastle at home before facing Swansea away, hoping to avoid a repeat of last season’s defeat, and will welcome Liverpool on 19 September, followed by a difficult trip to Southampton.

October looks like a difficult month for the Reds, with back-to-back trips to Arsenal and Everton followed by the first derby of the season, as City travel to Old Trafford, while the festive season sees United travel to Stoke on Boxing Day, before facing Chelsea at home on 28 December.

United will begin 2016 at home against Swansea on 2 January, before travelling to Anfield two weeks later and then to Stamford Bridge on 6 February, while Arsenal visit Old Trafford on 27 February.

Any title aspirations will be surely tested over March and April, with United facing City away on 19 March, before hosting Everton on 9 April and travelling to White Hart Lane the following weekend.

The last four games of the season see United travel to West Ham and Norwich, with home games against Leicester and Bournemouth – the final game of the campaign – sandwiched in between.