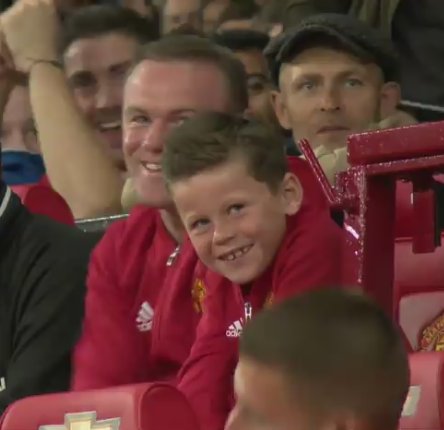 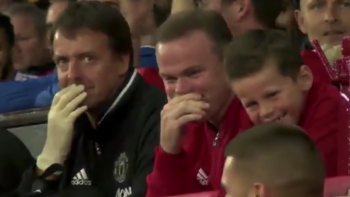 Manchester United skipper Wayne Rooney’s testimonial match against his old club Everton ended in a rather boring goalless draw, but the match witnessed a moment of pure comedy gold when Rooney and his son Kai laughed at Memphis Depay, as the young dutch winger’s ambitious overhead kick went absolutely gas.

Depay’s hilarious bicycle kick attempt on a cross had Rooney and his little man giggling, as the 22 year old tried something out of the box but zero anticipation and vision saw that going  miles over his head, he missed the ball and ended up ludicrously on the Old Trafford turf.

Ironically, Depay posted Rooney tribute in his Instagram page with a caption, “Still that same boy. Honoured to be your team mate. “

Was it the last match in a United shirt for players like Depay and Rojo? Time will tell but there is no denying that the Depay slapstick offered ”comic relief” in the dull draw, where both team failed to make much chances.