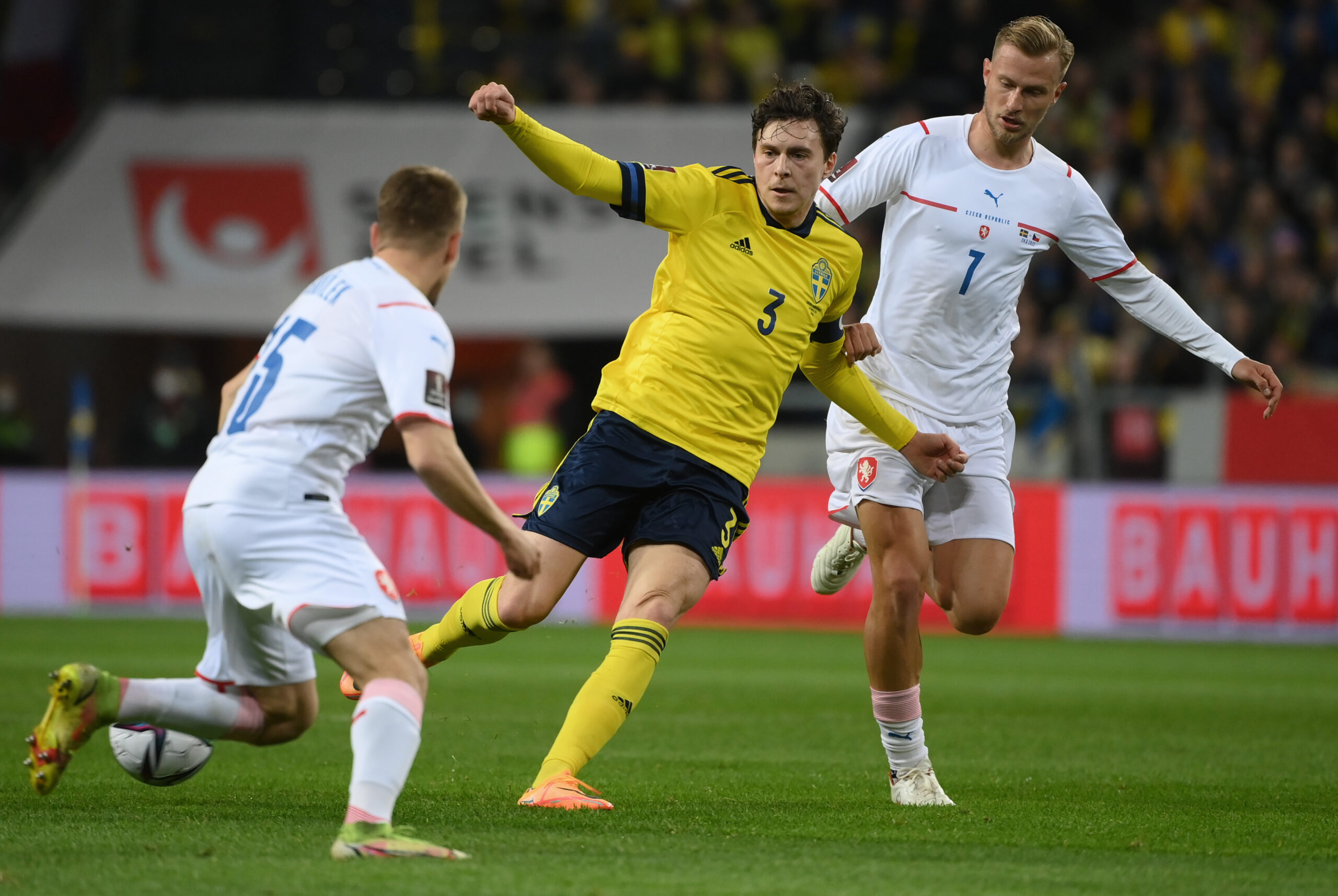 Manchester United defender Victor Lindelof produced a solid performance for Sweden as they won their World Cup semi-final play-off against the Czech Republic on Thursday.

The game was decided by fine margins with just two attempts on target for both teams. Sweden eventually prevailed in extra-time with Robin Quaison netting in the 110th minute.

Lindelof has been pivotal at the heart of the defence for his country, and delivered another impressive showing. The 27-year-old managed 89 touches, completing 86 per cent passes.

The central defender won five aerial and ground duels alongside four clearances. He also delivered six successful long balls. He definitely led from the front last night as the captain.

Lindelof is currently in his fifth campaign with the Red Devils. His playing time has reduced over the course of the season with Raphael Varane and Harry Maguire being the preferred starters.

Maguire’s form has been inconsistent with multiple positional and unforced errors lately, but Lindelof has still found himself out of contention with Ralf Rangnick sticking with the former in the XI.

Ahead of the summer, the club are already on the hunt for another top-class centre-back. It has been regularly claimed that they are interested in landing Ronald Araujo’s services from Barcelona.

If a deal is struck, the Uruguayan would most certainly have assurances of cementing a regular starting spot. This could potentially make Lindelof the fourth-choice centre-back in the club’s ranks.

Lindelof has been fully committed to the Red Devils over the years, but his stance could be interesting to watch, particularly if the club go ahead to pursue another central defender this summer.

The £120,000-a-week star will be back in international action on Tuesday. Sweden will be aiming to book their spot in the 2022 World Cup against Poland, who received a bye against Russia.

Stats from SofaScore.com, Transfermarkt.com and Spotrac.com