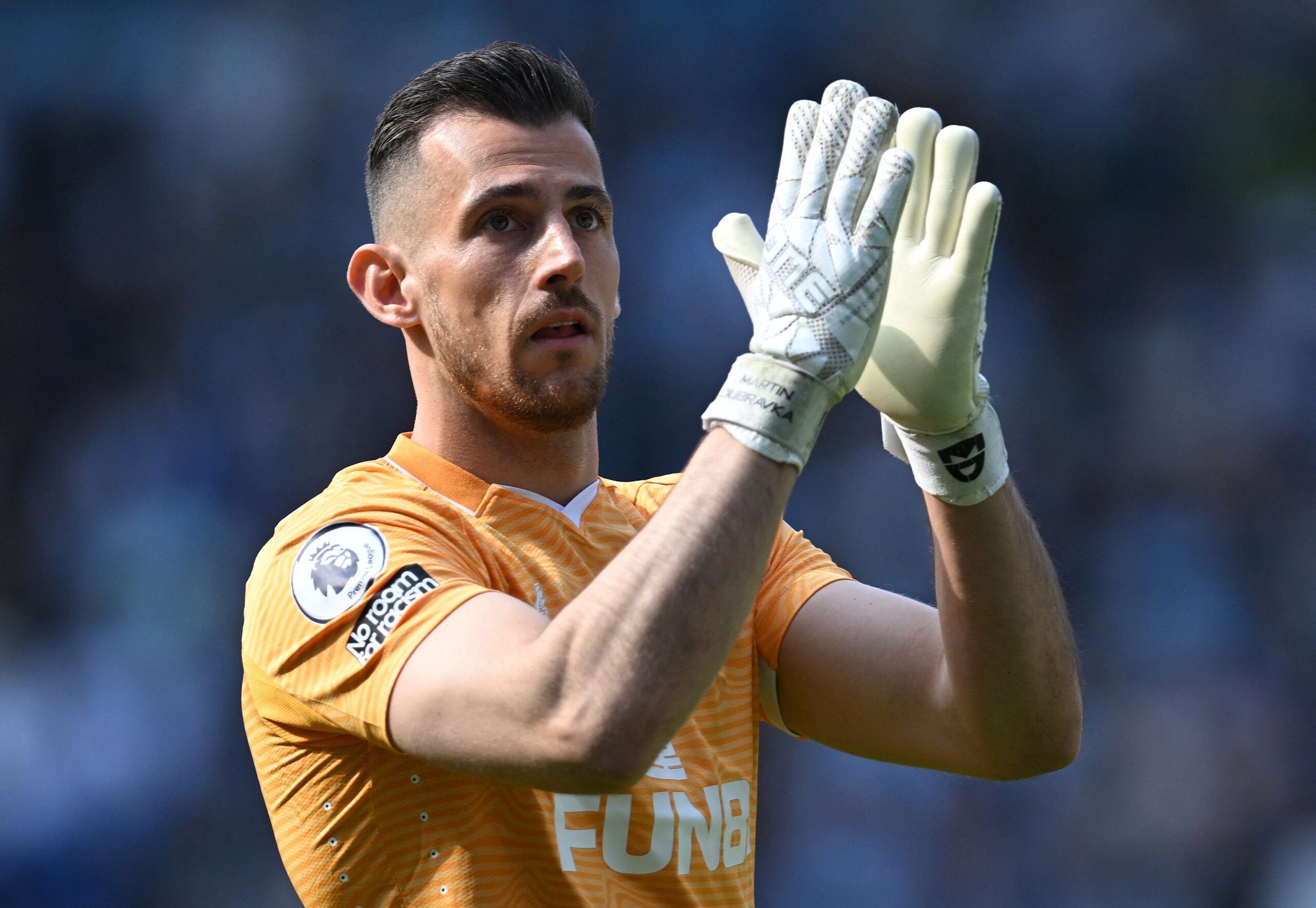 Martin Dubravka has reportedly told Newcastle that he wants to leave them this summer to join Manchester United before deadline day.

That’s according to Sky Sports reporter Dharmesh Sheth who claims that United want to sign Dubravka on loan with an option of a permanent deal, depending on appearances.

However, Newcastle want a permanent deal – or at the very least a loan with an obligation to buy.

The Daily Mail has gone one step further by suggesting that Dubravka is pleading with the Toon to allow him to swap St James’ Park for Old Trafford this summer.

Dubravka, 33, joined Newcastle from Sparta Prague in 2018 and has since made 130 appearances for the north-east outfit.

During those outings, the 29-capped Slovakia international has conceded 175 goals and kept 37 clean sheets in the process.

United boss Erik ten Hag is clearly a fan of the Newcastle stopper and wants to bring him to Old Trafford in a £5 million deal (Fabrizio Romano). The feeling is clearly mutual.

Sheth took to Twitter last night, and suggested that the Slovakian is trying to push through a move to United:

We believe that Dubravka will be a decent back-up option for David de Gea, but nothing more than that.

United shouldn’t offer him any more than a two-year deal, and he has to be viewed as a stop-gap signing.

De Gea has regressed badly recently, and signing an upgrade on the Spaniard will be a priority for Ten Hag next summer.

The Dutchman quite simply had too many other gaps in his squad to address this summer. And should he bring Dubravka to United, we think it will be a decent short-term move for the club.

Read also: Manchester United reportedly could give up on Antony and focus attention on 23-year-old instead.