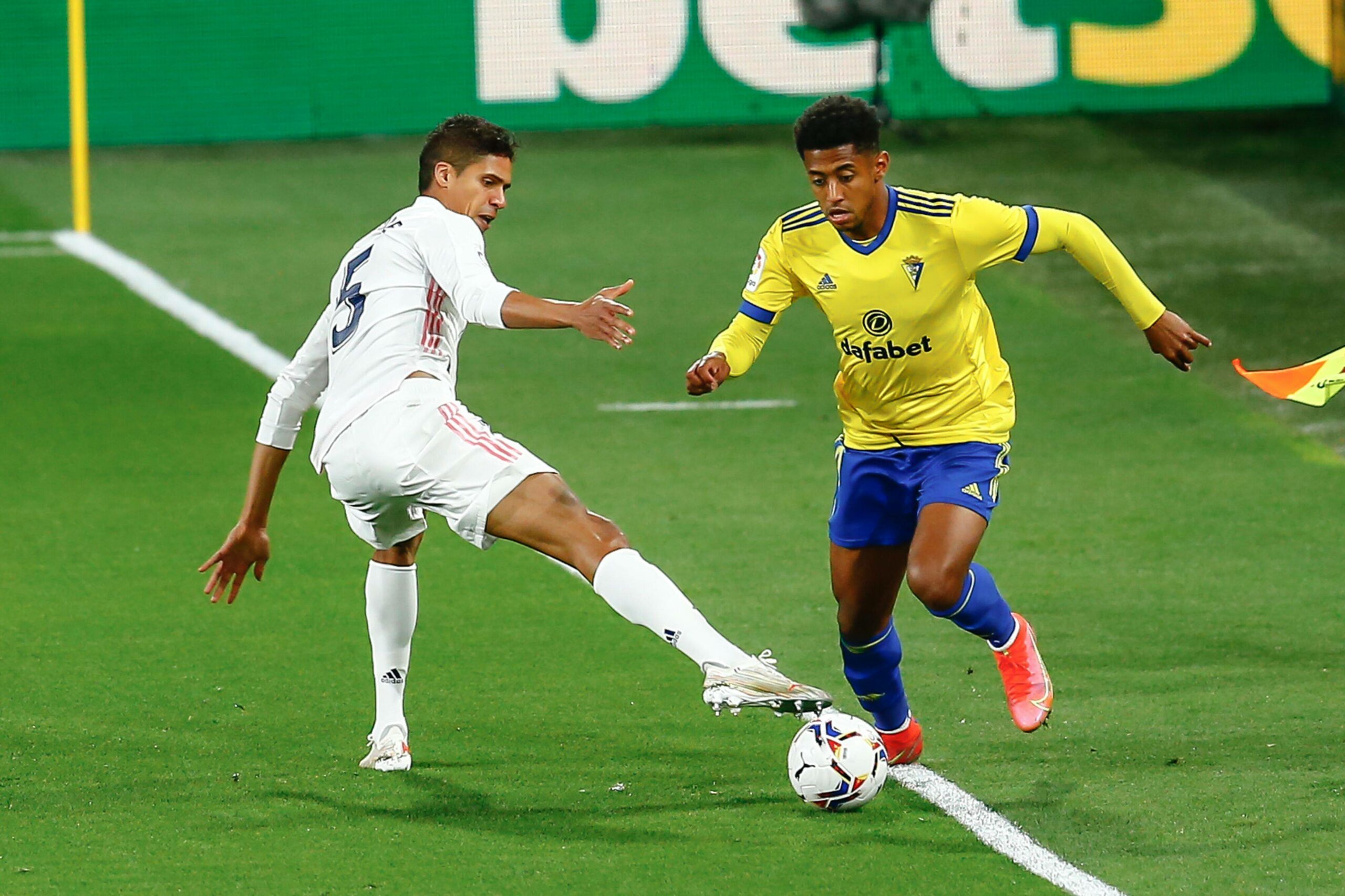 Closely followed by Manchester United over the past couple of months, the France international could call time on his ten-year spell in La Liga this summer.

With just over a year left to run on his contract in Madrid and no signs of a breakthrough in extension talks, the 28-year-old could move to the Premier League at the end of the season.

In addition to United, Chelsea have also registered an interest in Varane as Thomas Tuchel looks to upgrade his current defensive options.

Zinedine Zidane has reportedly cleared the path leading to the World Cup winner by ‘giving his transfer blessing’ to United.

Another club thrown in the mix is Paris Saint-Germain, who failed to find a suitable replacement for Thiago Silva last summer.

Varane has yet to provide clarity about his future, as he refused to give a straight answer after being asked whether he will be in Madrid past the summer.

“My future is clear – I am focused on the end of this season – we are in a very intense and key moment,” he said as quoted by the Mirror.

“It is normal that my focus is on the end of the season.

“The message to the fans is that I am 100 percent committed to the team.

“We have challenges that encourage us a lot. I am focused on giving everything on the field.”

Varane will be under pressure to deliver as Madrid meet Chelsea in the first leg of their Champions League semi-final tie on Tuesday.

Zidane’s side will have to cope without captain Sergio Ramos, who has failed to recover from a calf injury.

Without the Spaniard to control the backline, Varane should fill the veteran’s shoes and ensure protection in the heart of Madrid’s defence.

Speaking of the upcoming challenge at the Alfredo di Stefano Stadium, the highly-rated defender admitted he is “dreaming” of his fifth Champions League trophy.

“Every year is a learning process – I always try to have a more complete game,” he added.

“Every year I try to improve – I have played a lot this year. We have the dream of finishing the season well.

“We are in the semi-finals of the Champions League. We want to finish the season well.”

Varane and his teammates are also embroiled in the race for the La Liga title and sit just two points adrift of current leaders Atletico Madrid.