Van Gaal: “Every match is a must win now” 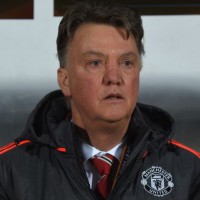 Louis Van Gaal has urged his Manchester United to pick themselves up after a dismal couple weeks and book themselves a place in the quarter finals of the FA Cup by beating Shrewsbury Town on Monday night.

The Dutchman, who remains on borrowed time at the club amid growing speculations he will be replaced by either Jose’ Mourinho or Ryan Giggs, has told his players every game between now and the end of the season is a must win game, starting with tonight’s trip to the League One outfit.

“Maybe,” said Van Gaal when asked if Shrewsbury would fancy their chances of beating United on Monday night. “I hope so, because then it’s a benefit for us.”

“The question is how we lift ourselves for this game, because Shrewsbury Town shall also fight for the second balls, play direct and that kind of thing, and we have to cope with that.

“We have to keep the ball better and not give unnecessary losses away, because I think the first goal [against Midtjylland] was an unnecessary loss and the second goal we could have won that duel much easier.”

Van Gaal, however, rejected the tag of favourite going into Monday’s game, although he admitted United had to reach the quarter finals.

“On Monday we have to win, and when we win we’re in the next round and capable of winning the FA Cup.

“It’s not always that you can say ‘we shall win’ and it’s normal. It’s not like that. But it’s always possible.”