** UPDATE ** The Demise of a Season Ticket Holder 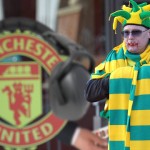 Paul McGeady, the despondent face behind the Demise of the United Season Ticket Holder, has finally received a response to the letter he sent the club requesting answers to his ticketing issues. (if you haven’t read the original article I strongly advise you do before reading on)

Paul’s story resonated with fans for days after his heartfelt article first hit the blog, it’s clearly an all-too familiar tale for many fans not just those who began supporting their club during much leaner, less comfortable, more affordable times. It would appear that a sponsors right to seats is more valued than the wishes and support of a loyal, match-going fan.

A simple emailed advert in which United suggest fans can choose to watch United in the Dog & Partridge or in The Theatre of Dreams was enough to trigger Paul’s action, ironically United are now teasing fans with the slogan “Standing by the radio or singing with 76,000 fans?….”, I’m sure that slogan will be disparaged by anyone who’s been into Old Trafford lately.

Here’s the letter from the club in full:

Thank you for your email and please accept our apologies for the delayed response while we passed your comments to the General Manager of Ticketing & Membership Services for his information and discussion.

All at Manchester United were very concerned to read your email, particularly as your support of the team on the pitch is so strong and remains undiminished.

Regardless of how long a supporter has been affiliated to Manchester United and whether they are members or seasonal facility holders – each feel that their particular connection to the Club is worthy of loyalty status.

We receive emails, letters and phone calls after every oversubscribed game from those who feel that they should be allocated a ticket and, taken individually every single one has a valid point and should be given a ticket. Whichever criteria the Club set, there will be supporters who will feel that the system is unfair.

With regards to the Season Ticket promotion which included a seat for the Liverpool game – we can assure you that the tickets available for this promotion were internal Club tickets via our Sponsors and as such these have never been available for individual or Members purchase throughout the season. Additionally messages were sent exclusively to ‘match purchasing members’ with regards to the Season Ticket promotion ahead of the Liverpool game.

It is important to stress that a season ticket does not offer the holder any guarantee when it comes to tickets for away games and cup finals. Any comparison made on the allocations we receive, versus qualifying applicants, easily demonstrate the difficulties we face when allocated these tickets. Over the years we have received many alternative suggestions on how these tickets should be allocated but to date, we are yet to find a workable alternative and as such, remain convinced that our current method of allocating tickets remains the fairest and most transparent.

It is true that tickets for games taking place during the week such as Fulham on the Monday evening on 26th March, are easier to come by as most supporters are working during the week and the children are at school so midweek late night fixtures are impractical for the majority of families. In addition to this there will be supporters like you who have moved away from the Manchester area for work and find it difficult to get to and from Old Trafford during the week.

Please do not think that the Club do not feel for supporters as this is most definitely not the case. As a Football Club and as a business, the last thing we would want is to alienate supporters and we are sorry to read that you feel your support is not valued by Sir Alex, the team and the club. 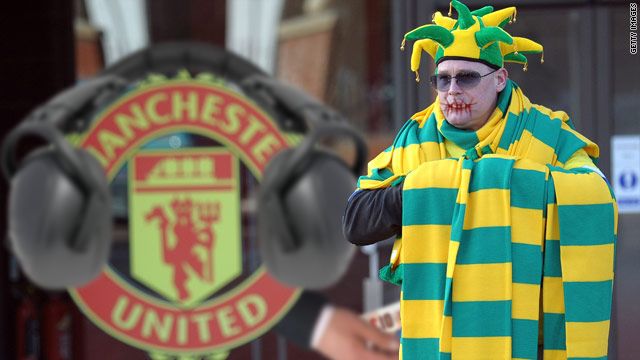 In response to their reply Paul has now challenged them to explain why they chose to dust off the real issues and try to swat him away with pure flannel. Here’s the latest correspondence from Paul to the club.

Dear Shelly, or whom it may concern,

Thank you for your reply. Apologies that I have taken a few days to return the email but I have been taking stock of your reply and wanted to respond in a calm and fair manner.

It is interesting that nothing in the email acknowledges the fact that, as a direct result of the automatic cup scheme, the club has introduced a mechanism for getting fans to pay for games they cannot attend.

I didn’t labour this point too heavily as I have done so, in previous emails. How do you justify the “The opt out of the league cup ” option – which if you choose means no cup final ticket. And the option to alleviate this payment by using viagogo, the firm that added a 40% uplift on face value. (this option has now gone completely).

This is dismissed with your statement of “whatever criteria the club use, there are some supporters who will feel that the system is unfair”

You acknowledge that some fixtures are difficult to attend. So how is the automatic cup scheme / no option to relinquish a paid for seat, an advantage to any supporter?

Onto the claim that ticket allocation is fair and transparent. At the start of the season, your adverts invite me to “join the season ticket waiting list”. But 2 weeks ago I can simply just get one.  ( and have a ticket for the Liverpool game courtesy of our sponsors. … The same sponsors who wouldn’t relinquish these tickets to members?)

Old Trafford now proudly boasts huge attendances. The fact is that you have generated a mechanism of ensuring the majority of seats are paid for but not necessarily sat in. I can name countless occasions where I have phoned asking if there is a spare ticket so I can take my young daughter. Never have I been successful in obtaining one, yet countless times the seat next to me has been empty.

I think you say it all when your closing paragraph refers to United being a ” club as well as a business”. What a shame. You may be sorry about that, but you are right. I don’t feel that Sir Alex, the players, or the Club value my support. It’s doubtful that Sir Alex and the team are aware of my existence. They are not in touch with the average ‘fan’. I doubt they would consider paying 10% of their weekly wage to come and sit on a small piece of plastic in tier three on a Saturday orSunday, or pay for that seat on a Wednesday night when they can’t even be there.

I’ve already got my ticket for the West Brom game which is now on a Sunday meaning I’ve needed to book Monday off work as a result. It’ll be my last game I fear. There is a nice leaflet in the envelope my tickets arrived in. “Standing by the radio vs Singing with 76000”……Five Live and Talk Sport don’t cover all your games, I don’t know what I’m going to do on those occasions, perhaps I’ll nip down the Dog and Partridge.

This email I am sure will be filed alongside the others under “moaning supporters”. For what it’s worth, I am willing to sit and discuss this with anyone. If you want true affiliation with the fans, there needs to be some real reflection on how you’ve let this great historic club alienate the supporters who made it truly so.

BBC Manchester covered a similar story to this way back in August 2007, on that occasion David Rattee claimed he was being ‘evicted’ from the ground because he didn’t choose to enter into the Automatic Cup Scheme (ACS)