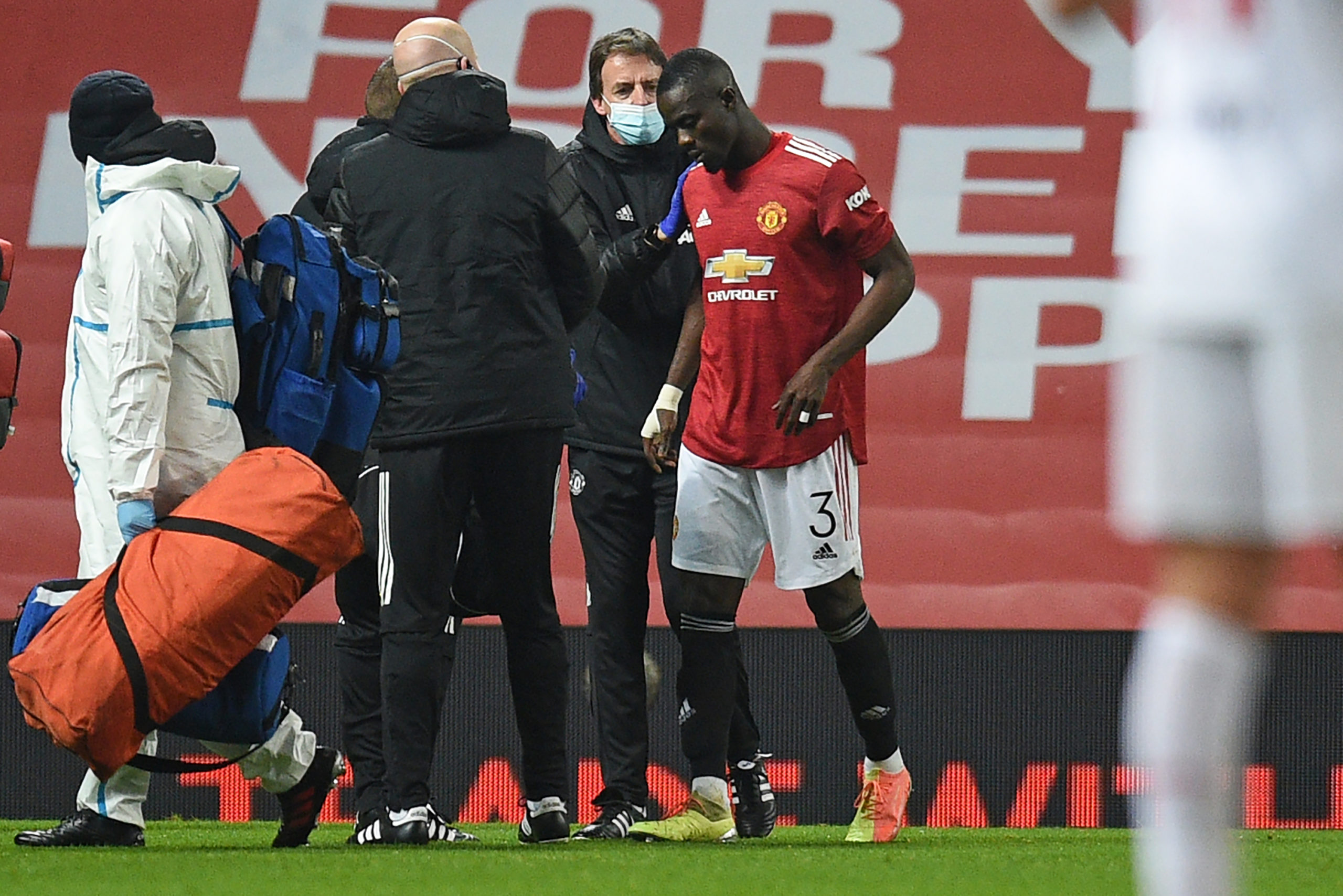 Manchester United may have picked up a 1-0 win over Watford in FA Cup third round game on Saturday, but there was still a point of concern that emerged from the match.

Defender Eric Bailly, who has been in great form for the past few games, suffered a blow to the neck from teammate and goalkeeper Dean Henderson while defending a set-piece.

Bailly spent a few minutes on the ground as the United medical staff assessed him and he was taken off and replaced by Harry Maguire just at the stroke of half-time.

There were fears that Bailly may have suffered a concussion which may rule him out of the following few games.

But United manager Ole Gunnar Solskjaer has quashed those concerns and revealed that it was just a blow to the neck and there is no concussion.

“There was no concussion,” the United boss told reporters after the game. “Apparently it was his neck – a sore neck. But he couldn’t carry on, so let’s check on him tomorrow.”

Bailly’s partner at centre-back against Watford, Axel Tuanzebe, also told reporters that the Ivorian footballer looked in good health in the dressing room after the game.

Manchester United will now travel to Burnley on Wednesday followed by an important game against table-toppers Liverpool at Anfield Stadium on Sunday.