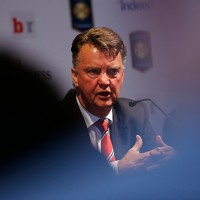 The complicated format of the Champions League means United enter the competition at the final playoff stage,which is split between the “champions” route – for teams who have won their national title – and “league” route, for those who haven’t.

United can’t face any of the league champions and were handed a further boost last night, when Shakthar Donetsk, who won the Ukrainian league last season, knocked out Fenerbache, who were among United’s potential opponents.

With Rapid Vienna beating Ajax 5-4 on aggregate on Tuesday night, United’s biggest threat could come from a long trip to Moscow, which would be particularly disruptive given the distance, or by a tie against Lazio, who impressed in Serie A last season.