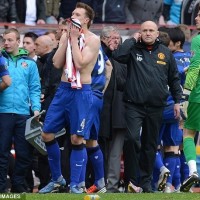 Football fans may be many things from absurd to zealous but somewhere in between does not sit forgetful.

On the last day of last season as United trudged off the Stadium of Light pitch in the knowledge they’d just been pipped to the title by arch rivals City, Sunderland fans rejoiced and celebrated like it were them who’d just won the title. That hurt the players (Giggs has noted it as the lowest point of his glittering career), the gaffer who remarked at the time that the experience was ‘surreal’ and of course the fans who, quite rightly, were angered and gutted in equal measure.

Noon on Saturday sees United return to the scene as troubled Sunderland face-up to the reality that Martin O’Neil and his fairly expensively assembled Black Cats are well and truly involved in a relegation dog-fight to remain in a league their opponents are walking away with……are you still laughing at us Sunderland?

If you’ve been following our previews over the last few months you’ll know we lend a hand to Betegy (our favourite football predictions website) by highlighting their predictions for all United fixtures. So far the site has achieved a 92% strike rate with just Spurs deterring United from all three points in their last 11 league outings.

You can get 11.50 with Bwin for a 3-0 United win with many more bets available and a free bet.

This week sees Betegy opt for a 1-0 United win also giving the home side just a 21% chance of turning thier illustrious opponents over.

With £20m man Stephen Fletcher sidelined for the rest of the season and the same fate becoming Lee Cattermole, Sunderland are in trouble, no doubt about that.

So far this season Fletcher has supplied Sunderland with 33% of their total league goals (11/33) with Craig Gardner second highest on 6 from 29 appearances by the midfielder. January acquisition Danny Graham will be the man with the weight of goals on his shoulders and so far he’s chipped in with the grand total of ‘0’ goals.

Without a win in seven, Sunderland come into the game on the back of defeats and draws by teams in and around them rather than by teams in the top 6 (only Arsenal above 7th) or teams they wouldn’t expect to beat, a visit from us is the last thing they need.

United on the other hand couldn’t be in better form in the league although recent setbacks in cup competitions dictate that Saturday is approached from scratch with a win required to kickstart momentum for the final push for honours which we all hope ends with a fourth League & Cup double, our first since 1999.

The (by his standards) out-of-sorts Robin van Persie scored twice for The Netherlands in midweek during the International break. Wayne Rooney bagged England’s only goal of the game versus Montenegro while Michael Carrick, Chris Smalling and Danny Welbeck all played their parts with decent performances (certainly in the first half). Tom Cleverley looked laboured and weak during that game making him a doubt for Saturday or Monday, in my mind.

Everyone connected to the club will want to beat Sunderland and probably, like me, wish the fixture was being played in a few weeks when there’s a distinct possibility the result could decide their Premier League fate (how sweet being their to rub their noses in it?). Unfortunately it’s not to be, but Saturday still provides us with the chance to cement their 15th place just 4pts ahead of the relegation zone with fixtures to come against fellow relegation battlers Aston Villa and Southampton to come. Nothing would make me happier this season than a United title coupled with Sunderland making a costly exit out of the league.

With two games in 48hrs the boss is certain to shuffle his pack once more and with the league almost won you might think Monday’s trip to Stamford Bridge in the FA Cup would be most most important, but I’m not sure the boss will place any more importance on one more than the other due to circumstances plus the valuable lessons learned from last season. I think fitness will decide his XI.

What’s your predicted lineup? Does it match mine or do you think mine is way off?

What score do you think it will end up? I’m going with a eye-opening return to ruthless form with a blistering start leading to an emphatic 3-0 win for United. Goals from Hernandez, Kagawa and Rooney. 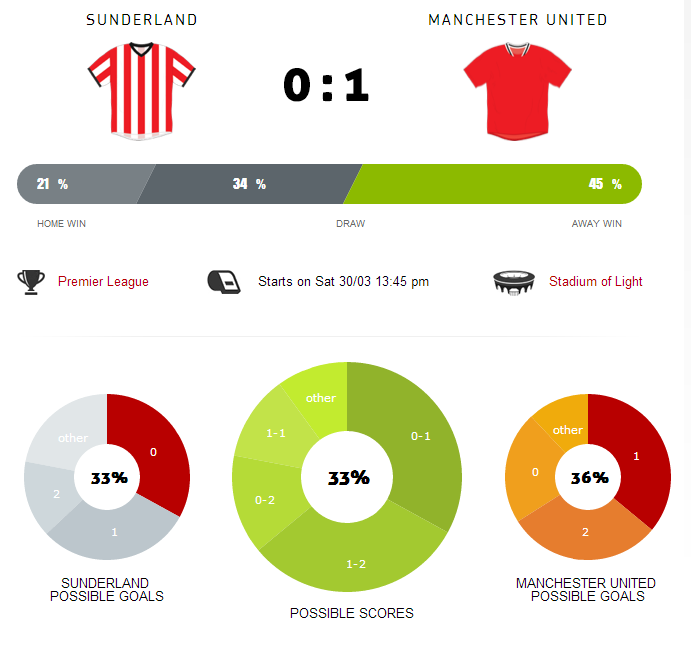 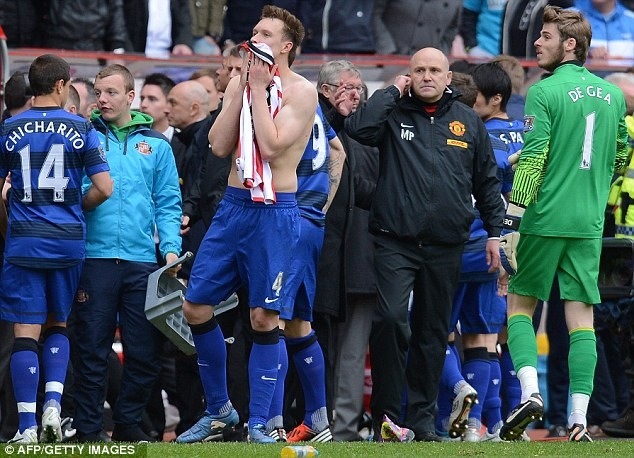 Reload, regroup and take another step towards the title
Chelsea v United: FA Cup Preview and a free bet