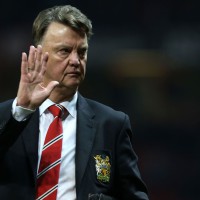 Louis Van Gaal wants his players to start showing more aggression too each other, hinting some of them were too soft with their teammates.

United ended an eight-game winless run against Swansea last weekend will reach the fourth round of the FA Cup if they beat Sheffield United at home on Saturday, but Van Gaal said it was too soon to say whether his side was back in form.

The former Holland manager was particularly scathing about the relationships between some of his players, indicating they needed to be more critical and tougher with each other.

“I think the atmosphere in our dressing room is very good,” said Van Gaal.

“Maybe too good, because they are always protecting the dressing room, their colleagues. That’s very good, until a certain height.

“So we have changed our approach to the players, to make it more easy to take responsibility.

“We’re trying everything to come to a solution, but at the end it always comes down to ‘We’re better than the opponents but we have to score goals’.”

“I’ve stimulated them to think about football,” he said.

“The game is a brain sport and now you can let them think with you. Therefore you can change your approach and so the players take the commitment, for example, for the game-plan and other kinds of decisions.

“Then the commitment is higher and bigger, I think. But we have to see how it shall work.”