United Players out of Favour With Supporters 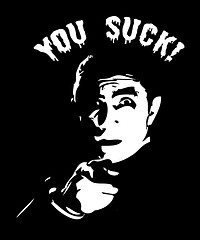 Quite recently Iâ€™ve been seeing (not just on this site) a few United players being – how can I put it? – verbally abused (okay, maybe not to that extent!) but I thought Iâ€™d just put them all together, give u guys some info on them and possibly why they have been â€™picked onâ€™ and the case, in my opinion, for or against them – and also a place where u can either â€˜big upâ€™ or â€˜put downâ€™ a player u either like or dislike.

So let’s get on with it.

Mikael Silvestre: Bought for 4 million pounds from Inter way back in ’99, a player who has made over 350 appearances for us and in that time scored 10 goals. Not bad from a player who doesnâ€™t really have much of an aerial threat. Silly has recently been the focus of most united fans’ abuse after surprisingly being involved in our previous two games and not playing particularly well. I personally donâ€™t rate him at all and would prefer we gave some of the younger players, Evans or Pique, a chance instead if we are going to play him.

Does he deserve a place in our first 11 or even in the squad?

Scholes and Giggs: Yes, surprisingly enough, these two have been criticised by many United supporters for their â€™below parâ€™ performances against Reading. I feel this criticism is unjust and because both of these players have been solid performers for United over the past many seasons, one poor match may have prompted many to suggest leaving both out in favour of another player: Nani for Giggs and Hargreaves for Scholes. On their day Scholes and Giggs can be just as effective for us as Rooney and Ronaldo.

Do they deserve this criticism for their poor performances against Reading?

Heinze: This is due to the fact that he is taking legal action against us for not allowing him to move to Loserpool rather than his performances for us, though he had recently lost his place in the squad to Evra before this whole saga. Now, apparently, Lyon are interested. So maybe they can help sort this thing out.

Heinze or Evra, who would you pick? Should we allow him to move to Loserpool?

Fletch: He is usually the player us United fans are quick to blame when we have a poor result. Maybe because he made his debut for us in 2003 and has never managed to get a regular spot in our starting XI. And though he is not an impact sub I would still have him on the bench, as he seems happy to keep it warm, and some good performances last season has lifted some fans opinion of him. You may also be surprised to know that he made over 40 appearances for us in last season’s campaign.

What are your thoughts on Fletch?

Dong: A player who hasnâ€™t proven himself as yet and there isnâ€™t much to go on soâ€¦ what do u think?

Saha: Last, but not least, we have Saha, who some United fans donâ€™t like. Not because of his performances – because they are usually good – but because of a lack of them. In other words, he is VERY injury prone. But I personally rate him highly and feel that when he is fit he is one of the best strikers in the Prem and a deadly finisher. If he gets fit quick enough his partnership with Tevez could prove to be very exciting (Iâ€™d still rather have Rooney).

Anyway, is Saha worth the 12.85mil we paid for him or are his injuries just too much?

Ed: So what do you guys think? Which player, while on the pitch, gives you the jitters, and why?

Get the new Tevez shirt
Do We Need a New Forward?