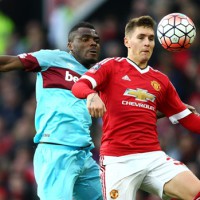 Manchester United will face West Ham United in the replay of the FA Cup quarter finals on Wednesday 13th April at 7pm, with the winner set to face Everton at Wembley on Saturday 23rd April.

Ten days ago, the two sides drew 1-1 at Old Trafford, as a later Anthony Martial’s goal rescued a draw for United, who had gone behind after Dimitri Payet scored a superb free-kick.

In the last 30 years, United have played three cup ties at Upton Park, two in the FA Cup – in the 1985-86 and 2012-13 seasons – and one in the League Cup – in the 2010-11 season. United lost the latter encounter 4-0, while their last trip to East London in the FA Cup saw Robin Van Persie score a late equaliser to force a 2-2 draw, with United winning the replay back at Old Trafford.

United and West Ham will also meet in the last ever Premier League game to be hosted at Upton Park on 10 May.