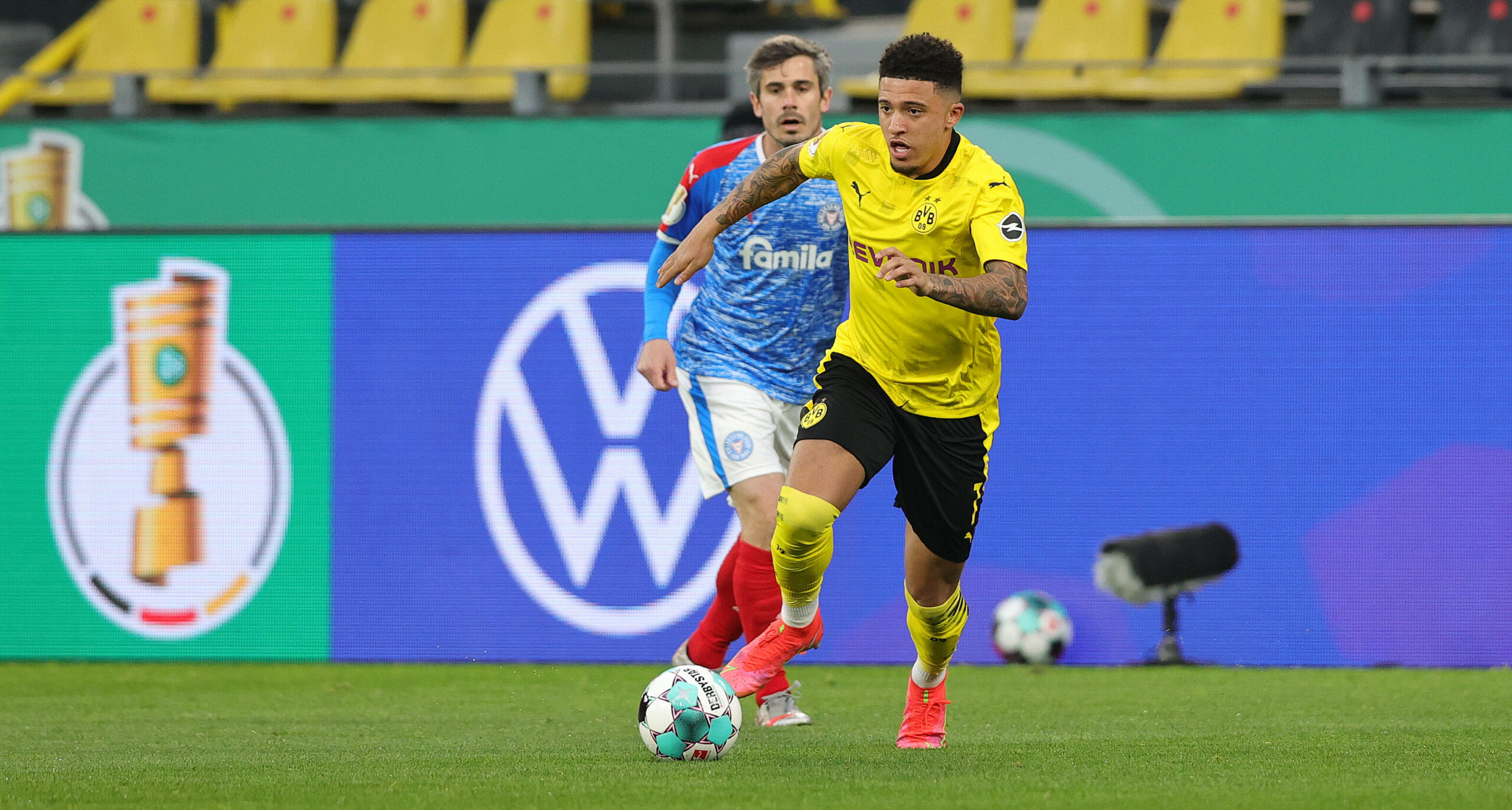 The 21-year-old winger is top of United’s wishlist following an illustrious four-year spell at the Signal Iduna Park.

Despite making several attempts to take him back to England last summer, the Red Devils came nowhere near Dortmund’s £108 million valuation.

Sancho was eager to join Ole Gunnar Solskjaer’s side, but the knock-on effect of the coronavirus crisis saw United run out of funds last summer.

However, the Norwegian is keen to land the former Manchester City academy product this time around, with the Germans dropping their asking price (via Bild).

“We already had a gentlemen’s agreement with Jadon last year that he can switch under certain conditions,” Zorc told ARD.

“He has been with us for a couple of years. However, this agreement does not exist with Erling [Haaland].”

Despite Dortmund’s preparedness to negotiate Sancho’s departure at satisfactory terms for United, the path leading to the Englishman has another stumbling block.

Tuchel, who brought the Englishman to the Bundesliga, is now eager to reunite with him at Stamford Bridge.

Encouraged by a promising start to his managerial career in London, the German tactician is preparing a squad overhaul at the end of the season.

With Chelsea increasingly likely to qualify for next season’s Champions League, Tuchel should have plenty of resources at his disposal in the upcoming transfer window.

United can ill-afford to wait for much longer if they are to complete the long-awaited transfer.

Hailed as one of the hottest prospects in European football, Sancho would be a massive addition to Solskjaer’s side, especially if the club’s pursuit of a top-class striker fails to come to fruition.