Manchester United have completed the signing of Memphis Depay from PSV Eindhoven. The Dutchman has signed a four-year deal with the option for a further 12 months.

“To play for the biggest club in the world and work with the best manager is a dream come true,” United’s new signing said upon being introduced to the press by Louis Van Gaal. 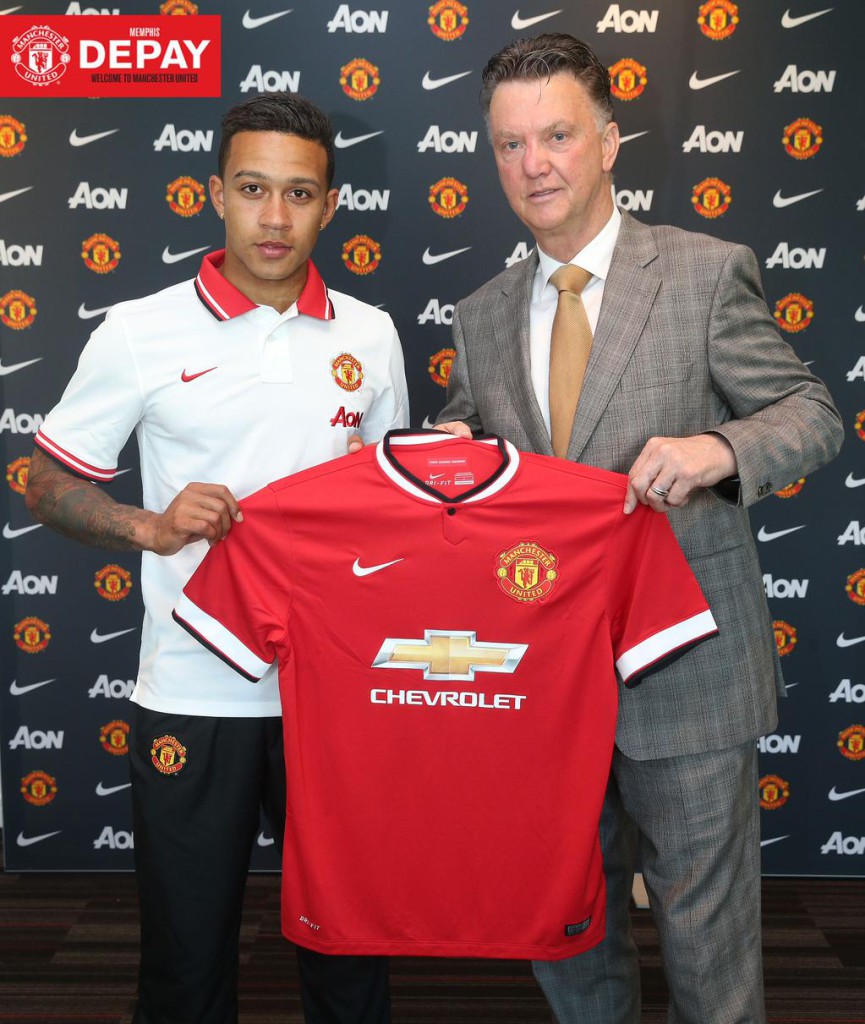