The biggest draw of this game was the debut of Anderson. Although, the team he played in was a chock full of reserves. What else could you call it, when the most experienced players in that side were Fletcher and Silvestre. I happened to catch most of the match before my stream conked out at the last 10 minutes.

Anyhow, here are my notes on the game.

First things first. The team played in a black away kit. Here’s a shot of Anderson in action in the black kit. 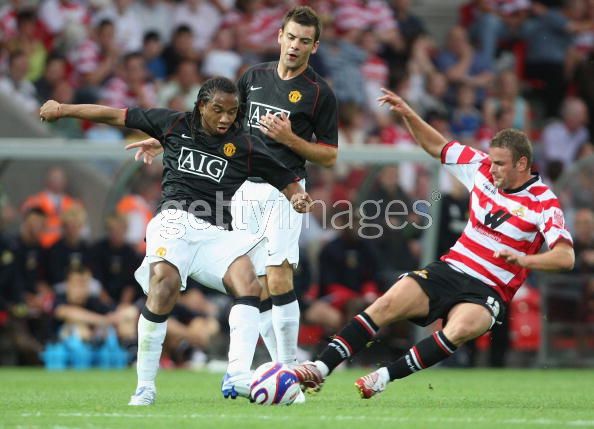 And I guess that should wrap the post game notes. Meanwhile I managed to also catch the MUTV interview with Fergie where he said that Tevez will most likely play on Wednesday. On that day we are playing two games: one in Ireland against Glentoran and the other in Scotland against Dunfermline. So there would be two different United squads sent to the two venues, which will be interesting.