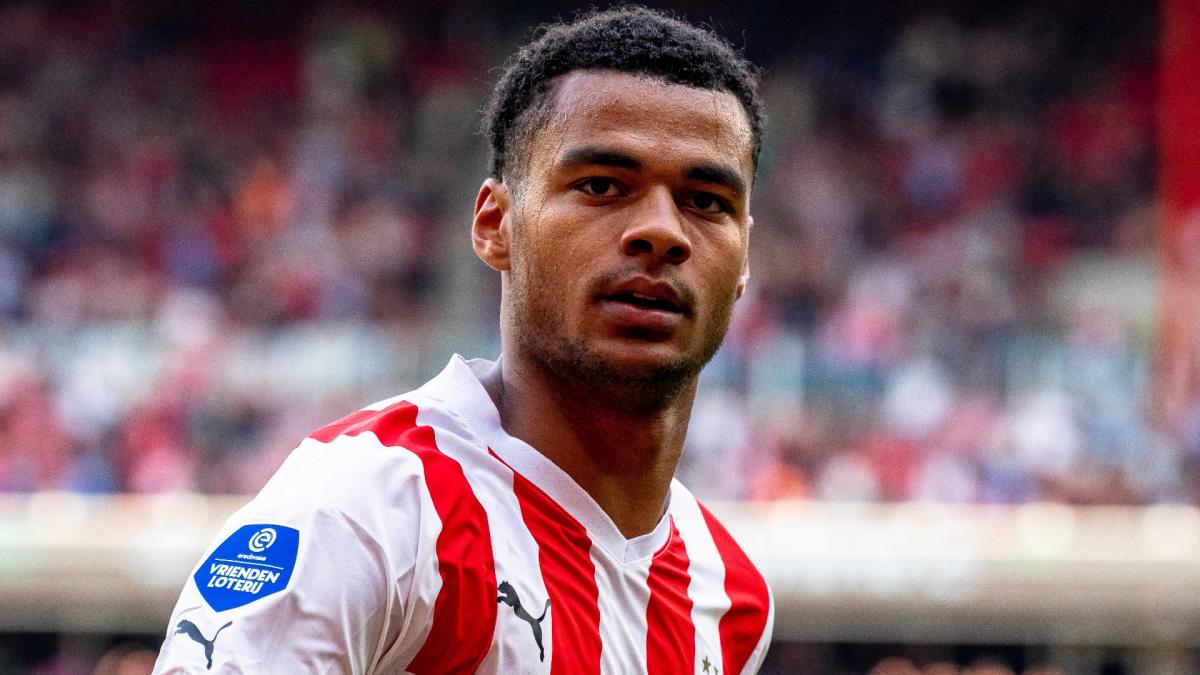 In an interview with The Athletic, Manchester United defender Tyrell Malacia has said that Cody Gakpo is good enough to play for the best clubs around Europe.

Gakpo has had a tremendous season with PSV where he has bagged 13 goals and 17 assists from just 24 games. He has continued his fine form at the World Cup with three goals.

Amidst his sparkling performances, United have been touted to sign him in January and Malacia believes his Dutch compatriot is ready to take the next step.

He said: “He’s good enough for the top, there’s no doubt.”

The Red Devils have been heavily linked with Gakpo this year. They tried to sign him in the summer, but had to spend their remaining budget on landing Antony from Ajax.

The club could now return for his services in January. Manager Erik ten Hag has identified him as his top target but United may have to spend at least €60 million to land him.

This price tag could increase due to his stellar displays at the ongoing World Cup but in our view, the Red Devils must look to secure his signature at the earliest possibility.

With interest from Premier League rivals Liverpool, United could end up missing out on the Dutchman if they decide against an approach during the winter transfer window.

Gakpo has pre-dominantly played on the left wing at PSV, but he is also comfortable operating from the number 10 and second striker positions as seen at the World Cup.

He would be a fantastic purchase for the club this winter. His presence could have a big influence in the top-four pursuit similar to what Bruno Fernandes did in 2020/21.