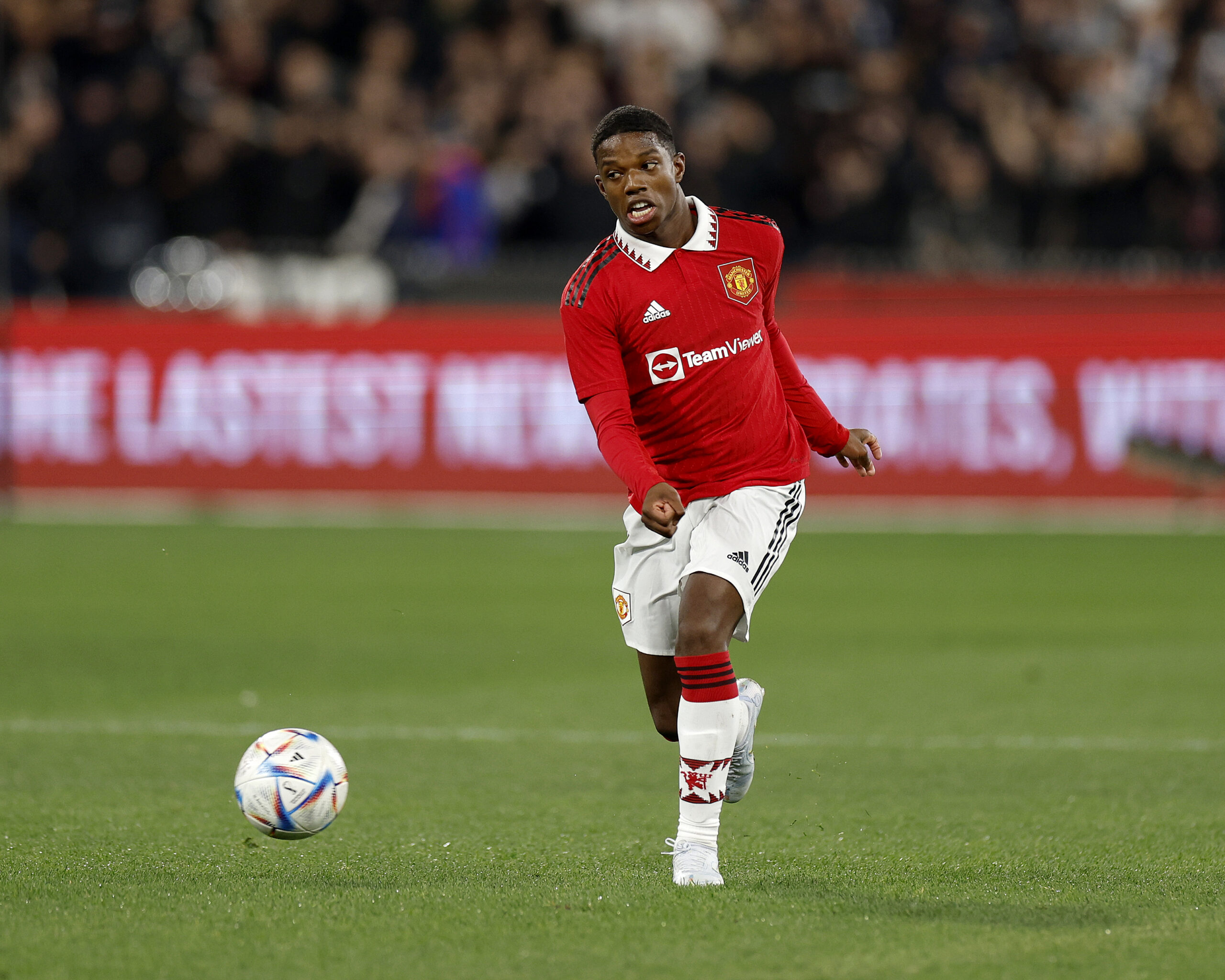 Manchester United defender Tyrell Malacia has put himself in a strong position to start against Brighton & Hove Albion following a top showing against Atletico Madrid.

The club’s summer signing has been hugely impressive throughout pre-season, and he played the full 90 minutes of today’s 1-0 defeat to Atletico in Oslo, Norway.

The Netherlands international was lively on both ends of the field. He completed 51 of his 57 attempted passes while winning possession on as many as seven occasions.

Offensively, he created one chance alongside one shot. There is still room for improvement with his final product, but Malacia may have cemented his spot for next week.

United manager Erik ten Hag left out some first-team stars in Manchester with a friendly against Rayo Vallecano tomorrow, but the majority of the regulars were present today.

The decision to leave out Shaw and pick Malacia for the trip provides a big hint over who could be the first-choice left-back. The latter has certainly grabbed the opportunity.

Shaw has put in some quality performances for United over the years, but Malacia definitely provides the right balance for United, given he is good defensively and offensively.

The 22-year-old likes to make regular overlapping runs, but also possesses the pace to track back. Tackling is a strong attribute of his, which was on display against Atletico.

He completed 100 per cent of his tackles. Malacia must start the Premier League opener against Brighton next weekend. He has certainly made a bigger impression than Shaw.

Meanwhile, Christian Eriksen could also make the starting XI against the Seagulls after a lively cameo off the bench. The Dane created one big chance in just 21 minutes for United.

Both Fred and Scott McTominay are more defensive-minded midfielders, and Ten Hag will most probably go with the flair of Eriksen alongside one of the duo for the curtain-raiser.