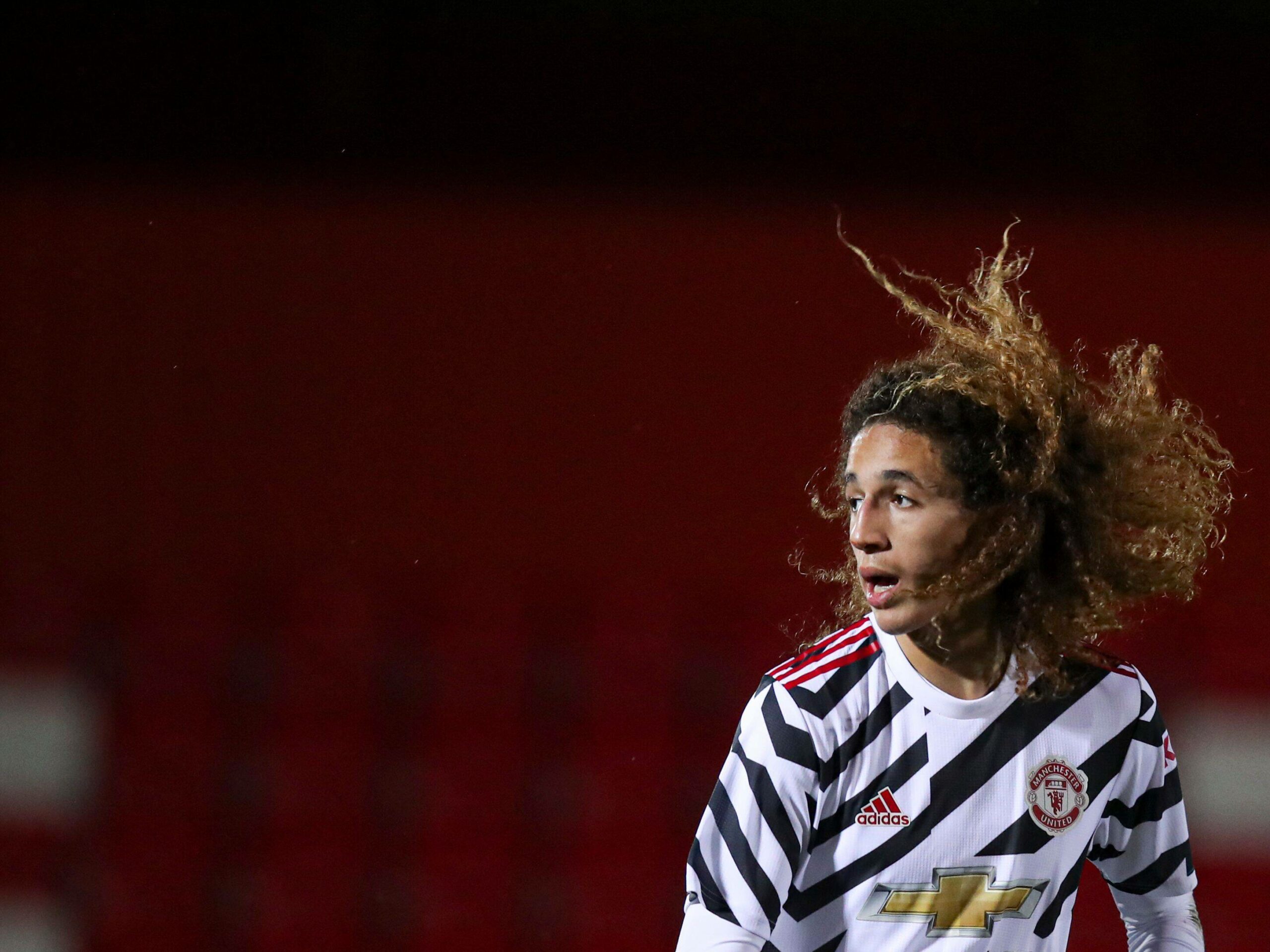 Mejbri had an excellent season with United’s Under-23 team, scoring five goals and produced 13 assists in 29 appearances.

Coach Neil Wood moved him to a slightly wider role this season, and he thrived in that position.

His dazzling performances helped him to earn the Denzil Haroun Under-23s Player of the Year award.

Even at the tender age of 18, he has shown glimpses of talent and technical ability which forced Ole Gunnar Solskjaer to hand him his first-team debut.

The Red Devils faced Wolverhampton Wanderers in their final game of the Premier League season where Mejbri was given the chance to come off the bench.

The United youth product played for France’s under-16s and under-17s in recent years but now has chosen to switch his allegiance to Tunisia.

In a recent interview with RMC (as quoted by Get French Football News), the teenage attacking talent explained why he decided to represent Tunisia.

He said: “I think that it is the best decision for my family and me. I am very proud of this decision. Tunisia, is my country, the country of my parents so for sure there is a strong complicity.

“I like this country a lot, that is why I made this decision. I speak a little Arabic, but not very well. I lost it since I arrived in England. I am not scared about that.

“The higher the bar, the more you can improve. It can only help me to gain experience. My father and my mother were very happy that I chose Tunisia, certainly.

“It is like a present for them. But it makes me happy too. I think that I made the right choice. We will see in the future if that is the case. I am trying to build something, not purely on the sporting side.”

He was then quizzed on how he felt when Solskjaer called him to make his first-team bow.

“It made me very happy,” he added. “It is something that I have been building up to since I was little. I have worked for that.

“My parents took me to the four corners of the world to go to tournaments. My whole family helped me, my agent too. So it is nice to experience the pitch a bit at the professional level.

“And I thank those close to me for everything they have done. I couldn’t wait. I felt pressure because the Wolves fans were there.

“But once I was on the pitch, I was concentrated and I didn’t hear them. As soon as I got my first touch in, it went well. The game moved fast, but I adapted well.

“I think that I played well enough. Honestly, it was unforgettable.”

Mejbri is still very young but everyone at Old Trafford will be aware that he has huge potential.

If he continues to develop, Solskjaer may use him in the senior set-up more often next season.