Transfer Window Review: Manchester United have made smart signings, but have been forced to overpay 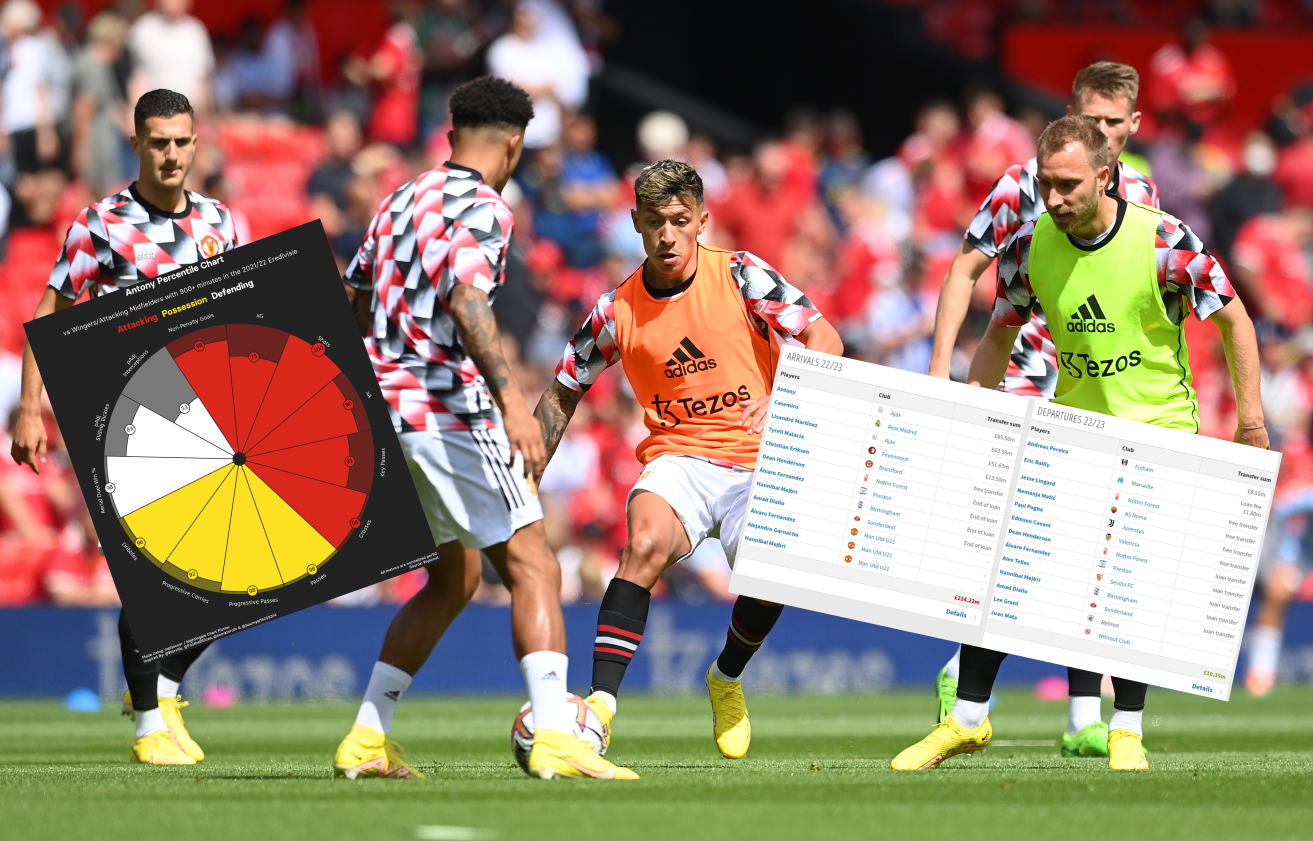 It is September 2 and the Premier League transfer window has officially closed, marking the end of the summer in the world of football.

There can be no more additions to any club’s squad until the end of the year, so this is a good time to review the business that has been done in the last couple of months.

A lot has been going on at Manchester United between this summer. Erik ten Hag took charge of the club after leaving Ajax, bringing with him a wave of optimism that was heightened throughout the pre-season campaign but came crashing down as the Premier League season kicked off.

A couple of disappointing defeats seemed to convince the club to go and spend some big money on a couple of players late on, which, in addition to their earlier business, makes this the most expensive summer in the club’s history.

On the flip side, there have been no significant departures to offset the spending, although a couple of big names have left Manchester at the end of their contracts.

The first signing was that of Tyrell Malacia from Feyenoord for a very reasonable price of £13.5 million. It is early days in the season, but Ten Hag already appears to be favouring the Dutchman ahead of Luke Shaw in the left-back role, although the two will undoubtedly rotate a lot in the packed schedule that awaits everyone leading up to the World Cup.

Malacia stood out in a similar role at Feyenoord, where he excelled at progressing the ball and had a noteworthy impact in the final third.

He does need to work a little on the defensive side of his game, but overall, the signs from his early performances have been quite positive. So, it is safe to say that Malacia already appears to be a good signing.

The next man through the door at Old Trafford was Christian Eriksen, who joined on a free transfer after an impressive half-season at Brentford.

Eriksen was previously viewed as an attacking midfielder, but his role at Brentford also required him to aid with ball progression, which he did quite well. United did not need another attacking midfielder as they already have Bruno Fernandes, so Eriksen has been used in a much deeper role so far this season.

At times, he was even used as a lone number six. However, that did not end particularly well as his former club put four goals past United, with the second coming after possession was turned over when he attempted to receive a pass from David de Gea under pressure. With the arrival of another defensive midfielder, though, that should not happen again.

Before Casemiro came from Real Madrid, Lisandro Martínez joined United from Ajax for over £50m in what was one of the most debated signings of the window. There have been incessant discussions about his height, or more accurately lack thereof, which peaked when he was substituted off at half-time against Brentford.

Those who had seen him at Ajax, or anyone who looked at his aerial duels stats, knew that this was not nearly as big an issue as it was made out to be, and Martínez went on to show that with some superb performances against Liverpool and Southampton.

Aside from that, he has already been showing his qualities on the ball on the left of defence, with Raphaël Varane appearing to be his preferred centre-back partner ahead of club captain Harry Maguire. He seems to be a shrewd signing, although he still has a long way to go before getting on this list of best United transfers.

After the two aforementioned defeats, United were finally convinced that they needed to sign a defensive midfielder. The problem was that they were attempting to do business quite late in the window, so the upper hand was with the selling club, who could afford to be tough in their negotiations and demand a high fee.

That is what happened in the case of Casemiro, as his transfer fee of over £63m has to be considered very high for someone who has crossed the age of 30. Nonetheless, he is set to provide some desperately needed defensive stability to United’s midfield and might finally end their habit of conceding goals in transition.

The Brazilian international’s progressive passing numbers also look impressive, but it must be noted that he is not the best at bringing the ball forward from deep areas, so that still could be an issue for Ten Hag to solve.

Manchester United’s final signing was the one they had been chasing almost all summer but was made fully official only on deadline day. Antony left Ajax for an up front fee of £85m, which is an Eredivisie record and the third-most expensive Man Utd transfer.

At a point, it appeared that the Brazilian winger would not be leaving the Dutch champions this summer, but United’s interest was reinvigorated after their loss to Brentford, so they were willing to massively overspend to reunite the 22-year-old winger with his former manager. For his part, Antony made it quite clear that he wanted to leave, leading to Ajax ultimately budging after some tough negotiations.

Antony has everything you could ask for in a winger — mesmerising ball control, great one-on-one dribbling ability, and significant end-product to cap it all off.

Unquestionably, therefore, the Brazilian international should significantly improve United’s attack. His arrival will also most likely force Jadon Sancho out to the left wing, although that might not be a bad thing for the Englishman, as we will explore while looking at what currently seems to be United’s best XI.

Before moving on to the best XI, United also signed Martin Dúbravka on loan from Newcastle United on deadline day. This is a somewhat puzzling move because Dúbravka is most likely only going to serve as a backup to David de Gea since his skillset is very similar to that of the Spaniard.

The Brentford match laid bare De Gea’s troubles in possession, and after that game, he has seemingly been clearly instructed not to play short passes even though that goes against Ten Hag’s style of play.

Therefore, it would have made sense if United bought a goalkeeper who is comfortable with the ball at his feet, but Dúbravka has not shown anything to suggest that he will be able to displace De Gea from the starting line-up.

Ten Hag has used a 4-2-3-1/4-3-3 hybrid in his time at Old Trafford so far, so he should be expected to stick to that. In midfield, Eriksen may continue to operate in a deeper role to assist Casemiro with ball progression in the build-up phase, although he will have the license to get forward in the final third.

Antony should form a similar partnership with Diogo Dalot as he did with Nouassair Mazraoui, given the two right-backs’ similar style of play. Sancho could also benefit from having an overlapping full-back to work with in Malacia or Shaw.

Cristiano Ronaldo has had a transfer saga this summer, and even though he has stayed put, Ten Hag has seemed to favour Rashford ahead of him thus far, although that could yet change.

In conclusion, United’s transfer business has been pretty good this summer regarding the players they have brought in and their suitability to Ten Hag’s style of play. The only issue is that they have ended up overspending.

The reason for this, of course, is that they were not proactive in bringing all these players in and only reacted late in the window after poor results, ceding the negotiating high ground to the selling clubs.

Still, this should be considered a pretty good transfer window for the Red Devils, especially in contrast to some of their recent work. Now, it is time for them to show the effects of this business on the pitch, for which they effectively have two opportunities every week until mid-November as they will compete in fixtures for the Premier League and the Europa League group stage.