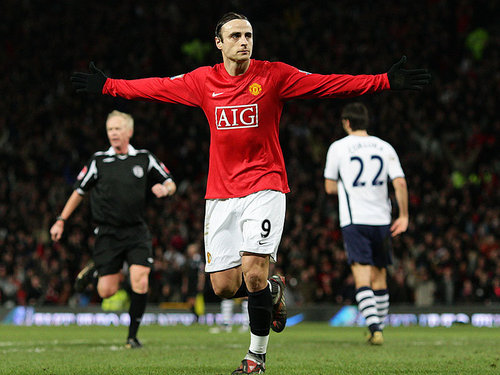 Tottenham away has never been a stroll in the park. Saying that, our last eight Premier League visits to  White Hart Lane have yielded six wins and two draws. Easy pickings then, or so one may be led to believe. Well if you’re that naive then I’d advise you to stop reading here as Saturday’s trip to the capital will certainly be a massive test for a United side that have hardly stormed out of the blocks so far this season.

Last week I was quick to announce that the meeting with Arsenal would prove our first real test of the season. Well if that was the first, a trip to Spurs is certainly the second and arguably the more difficult at that.

I’m sure you won’t need me to tell you this but Tottenham are flying at the moment and have recorded their best start to a league season since 1960 with four wins on the trot. Jermain Defoe is in a rich vein of goalscoring form and Aaron Lennon is steadily staking his claim as the most feared winger in England at present. Although enough about the opposition, let’s talk United shall we?

From a team news perspective, Rio Ferdinand could be in line for a return to the side having been sidelined with a thigh injury since August. Fantastic news as that would not only reunite the formidable Ferdinand – Vidic partnership but it would also allow Jonny Evans a much-needed rest.

Edwin van der Sar looks no closer to a return so Ben Foster will undoubtedly continue to deputise following a sturdy, if not spectacular run in the first team to date. With John O’Shea a doubt, depending on Ferdinand’s fitness, Wes Brown may be handed a start at right-back although Fabio and Gary Neville are plausible alternative options. Patrice Evra will need to have his wits about him at left-back as he faces up to an in-form and frighteningly quick Aaron Lennon but pace isn’t exactly something that the Frenchman is lacking himself.

It’s become an almost unenviable task to predict a Sir Alex midfield but I’m expecting Park to get the nod with one of Antonio Valencia or Nani, probably the latter, on the opposite flank. Darren Fletcher should certainly vacate one of the central midfield berths with my bet being Anderson to come in alongside him following a decent showing for the reserves. Wayne Rooney will continue to provide our most potent attacking threat up-top and I would be extremely suprised if Dimitar Berbatov didn’t return against his former employers.

Our opposition will be without influential Croatian playmaker Luka Modric while central defenders Jonathan Woodgate and Matt Dawson are also missing and Sebastien Bassong remains a doubt. Skipper Ledley King does look as though he will be fit enough to play and Niko Kranjcar should be handed his debut in place of his international compatriot Modric.

As well as confirming that both Ferdinand and Neville are in contention, Sir Alex admitted in his pre-match press conference that Tottenham are going to prove a tricky proposition and that they have every chance of breaking into the top four this term.

“I watched a couple of videos yesterday and they’ll be a handful for us,” said Ferguson.

“But that’s the nature of the Premier League. Hopefully I can pick the right team and get a good result.

“I think Tottenham can break into the top four. Harry’s [Redknapp] brought in a few of his own types of players, players he’s familiar with like Peter Crouch and Jermain Defoe.”

Following our victory over the Gunners, dressing room confidence should be high on Saturday and our record against Spurs does bode well too. Saying that, I’m sure Tottenham will be keen to show that they are serious about an invasion on the top four this season and I expect we’ll have to be at our very best to ensure we get a result.

After a somewhat unconvincing start to the current campaign, I predict the lads will step it up a gear from now on, starting at White Hart Lane where I see us snatching all three points in a tough and testing encounter.