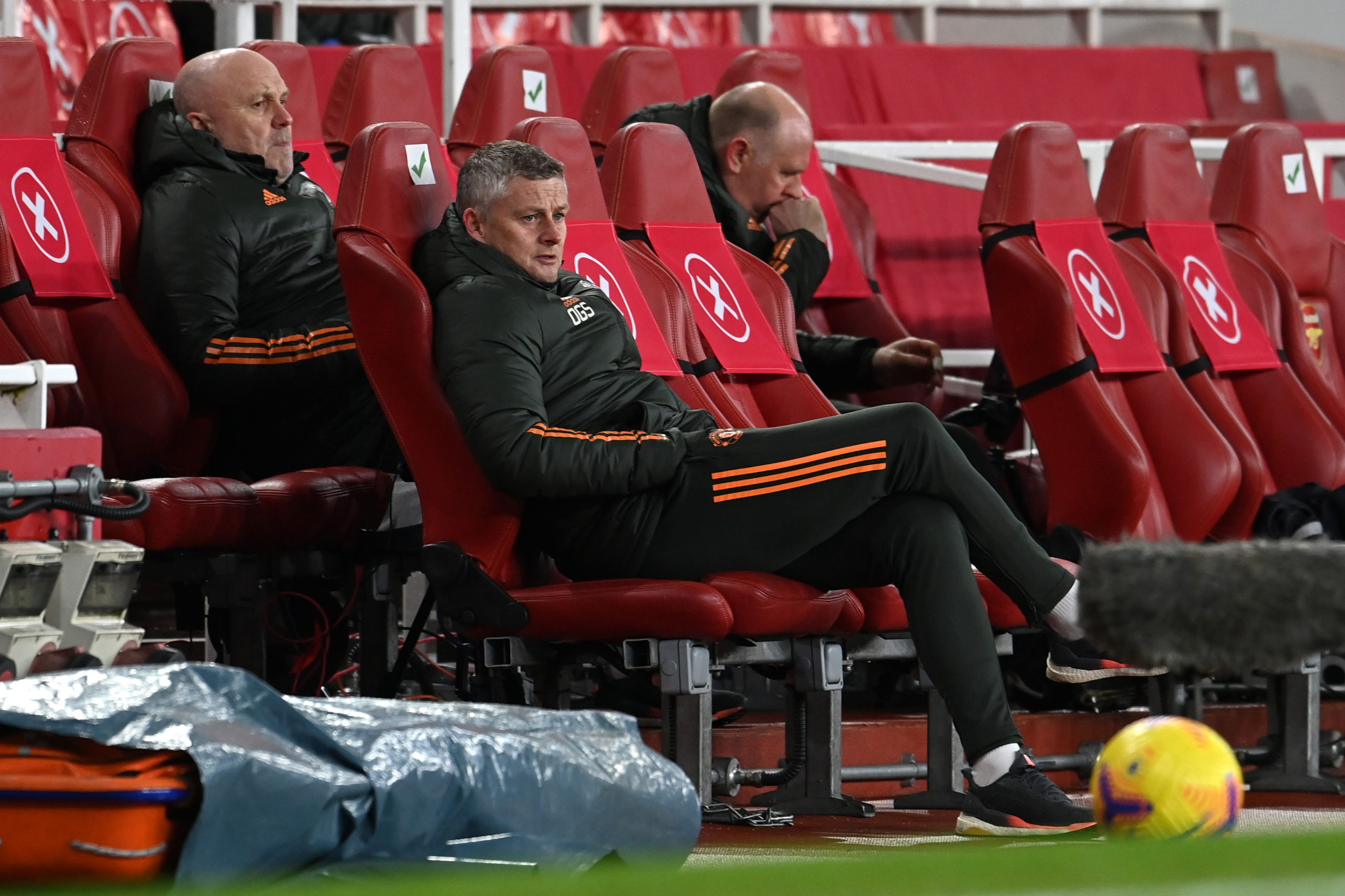 Manchester United failed to take full points at the Emirates Stadium as they were held to a goalless draw by Arsenal on Saturday.

The Red Devils were looking to reduce the gap on league leaders Manchester City but spurned opportunities left them three points behind the Citizens who also have a game in hand.

Ole Gunnar Solskjaer’s side suffered a disappointing 2-1 defeat in midweek at the hands of Sheffield United to dampen the upbeat mood around Old Trafford following the FA Cup victory over Liverpool.

And they were looking to bounce back with a win to reignite the title race, but a team that featured Edinson Cavani, Marcus Rashford, Bruno Fernandes and Paul Pogba failed to find a goal against an under-strength Arsenal.

Cavani came extremely close to breaking the deadlock in the closing stages of the match but the Uruguayan’s attempt was thwarted by an impressive Berd Leno between the sticks.

The German stopper also made an outstanding fingertip save from Fred in the first half, while his counterpart David de Gea made an important stop from Emile Smith Rowe.

United will now host Southampton in the Premier League, in midweek while Arsenal will travel to the West Midlands to take on Wolverhampton Wanderers.