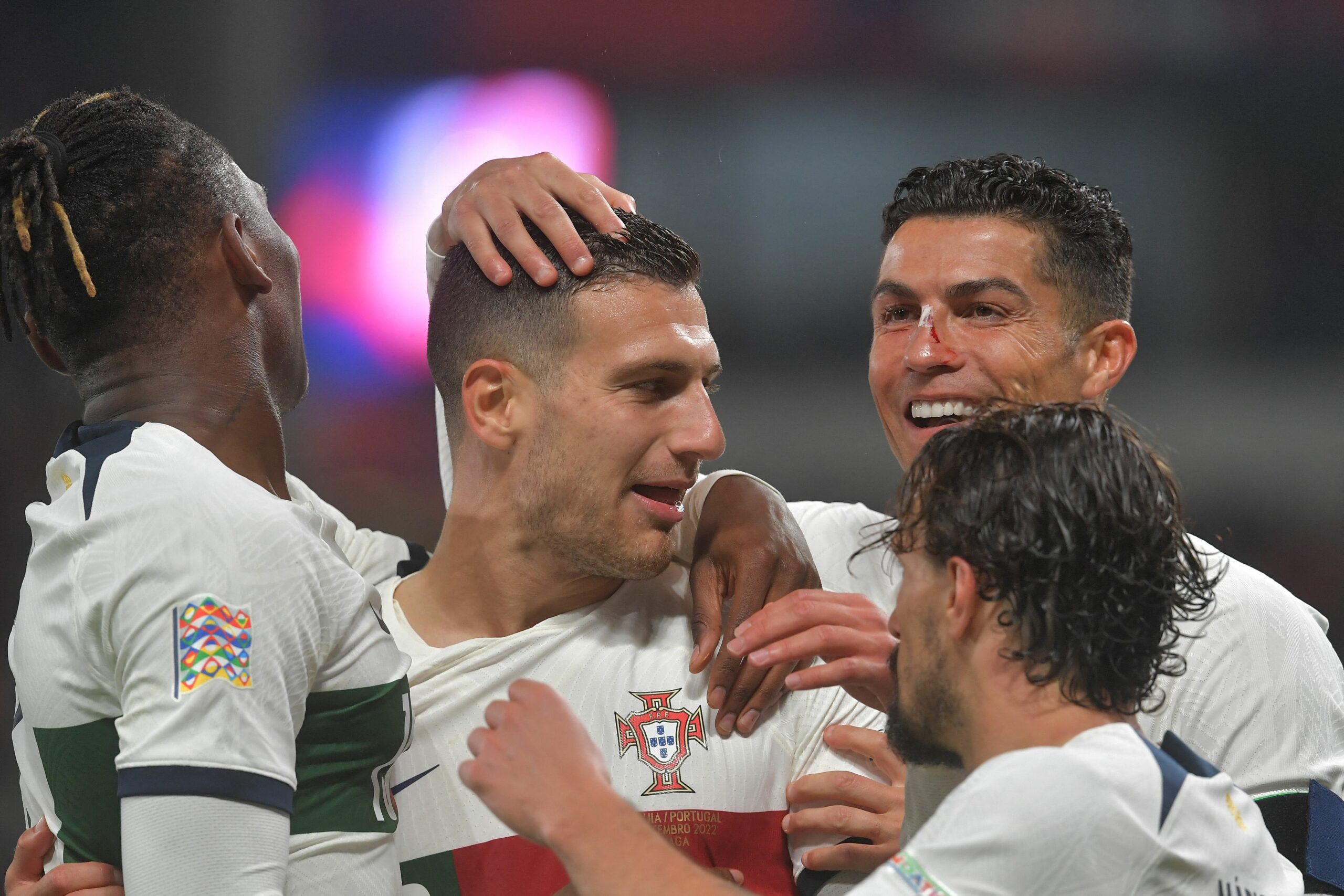 Club football has been on pause with players reporting on international duty over the past couple of weeks.

It was a crucial period for the players as this was their last drill before the World Cup scheduled later this year.

With the international break wrapped up, the Premier League returns this weekend.

Manchester United players have reported back to Carrington as the Red Devils prepare to face Pep Guardiola’s Manchester City on Sunday.

Here we look at the three winners from the international break for Man United.

The 23-year-old defender had a great night against the Czech Republic, bagging his first two goals for Portugal’s senior team.

Not just the goals, he also tied for the best pass completion rate (94%) and capped off his performance with a clean sheet.

You cannot ask anything more from a defender!

His link-up play with Bruno Fernandes was amazing, which helped Portugal to cause mayhem down the right flank.

He didn’t feature in the 1-0 loss to Spain, which will keep Portugal out of the finals of the Nations League.

Just like Portugal, Denmark won and lost a game during the international break.

Eriksen scored a long-range screamer against Croatia, lifting everyone off their seats. However, the goal came in a losing cause.

He was not involved directly in a goal in the second game but was arguably Denmark’s most influential player in their stunning 2-0 victory over France.

He bossed the midfield and dictated the game with his fantastic ball distribution.

Erik ten Hag has a big task to keep him fresh and fit as he lacks another player with a similar profile in his squad.

The manager may be the happiest with how the last two weeks unfolded.

None of Dalot, Raphael Varane, Lisandro Martinez or Tyrell Malacia started the second game for their respective countries.

This will help Ten Hag field the same defence he has trusted for the last few weeks.

Scott McTominay was suspended for the second game for Scotland which means he also got a few days off.

Jadon Sancho and Marcus Rashford have seen regular game time under the Dutchman since he took over.

The duo were not called by Gareth Southgate for England internationals.

However, this gave them a well-deserved break and United will surely benefit from their freshness.

October is a busy month for United with nine fixtures ahead of them, starting with the all-important Manchester derby.