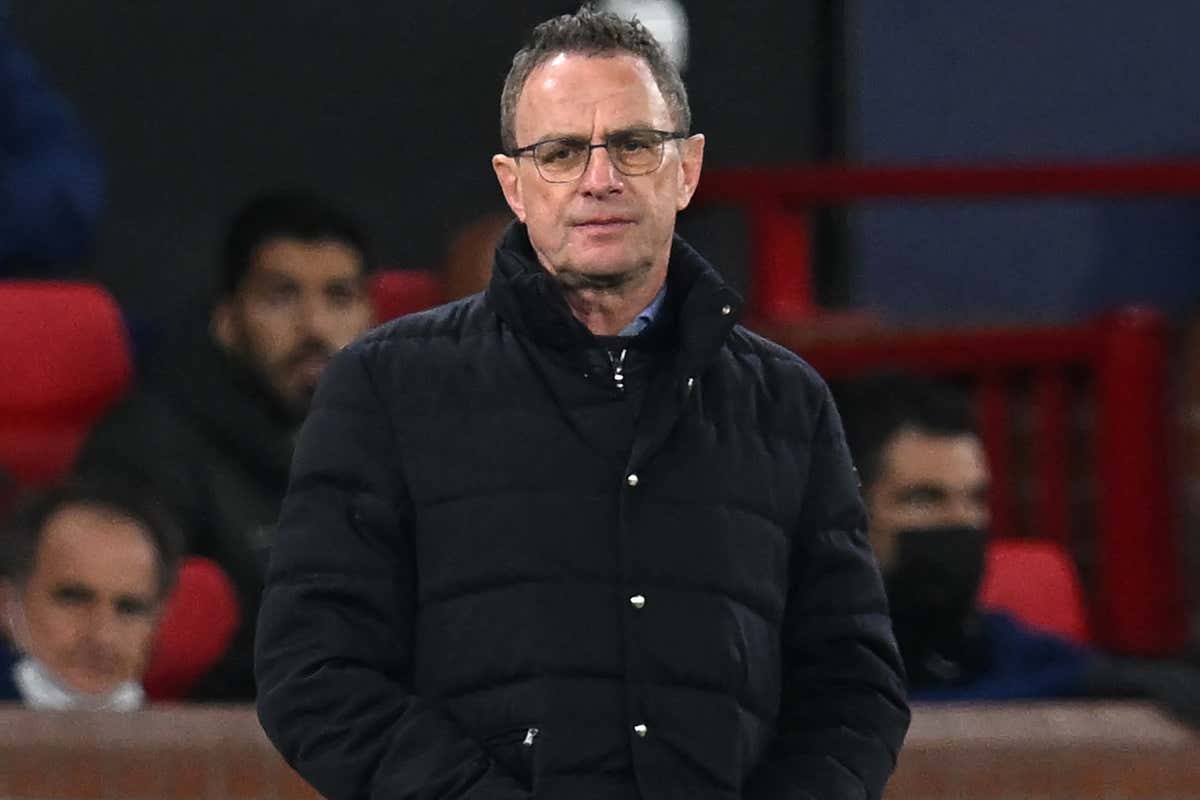 Manchester United bowed out of the Champions League at the round of 16 stage last night following a disappointing 1-0 loss to Atletico Madrid at Old Trafford.

The Red Devils secured a hard-fought 1-1 draw in the first leg at Wanda Metropolitano.

It was anticipated that they would produce a much-better showing at home, particularly after the 3-2 Premier League triumph over Tottenham Hotspur at the weekend.

That was hardly the case. They struggled to impose themselves on Atletico’s defence. David de Gea came to the club’s rescue early, denying Rodrigo De Paul.

The Argentine’s 25-yard strike was heading towards the top left corner before De Gea clawed it away with his right hand.

Atletico continued to create chances on the counter-attack, and eventually found the back of the net through Renan Lodi in the 41st minute.

Poor decision-making from the backline left the Brazilian unattended at the back post before he planted a header beyond De Gea.

Barring one strong save from Jan Oblak from a Raphael Varane header, United never looked like finding the back of the net.

The referee obviously had a bad outing. He was influenced by Atletico players, who disrupted the game on multiple times with playacting.

However, that can’t be solely blamed for the result. United were just not up for the challenge. We look at three mistakes during the game that were worse that the referee’s last night.

Maguire has had an average season by his standards. His positioning and decision-making in the box has been criticised by several fans.

The England star recently conceded an own goal against Spurs which nearly cost the club, but Ralf Rangnick once again kept his faith in the centre-back.

The 29-year-old did not cover himself in glory last night. In the lead-up to the goal, he was caught out of position. This forced Diogo Dalot to move into a more central role to cover for him.

Maguire eventually dropped into the backline near to Alex Telles. This saw an overload on Dalot, who had Koke in front of him, De Paul on the right and Lodi free at the back post.

Being the captain of the side, Maguire could have been more responsible which once again leads to questions over his lack of awareness.

Some fans were eager to see Victor Lindelof paired alongside Varane last night, and there were no surprises over the sarcastic cheers when Maguire was replaced by Juan Mata late on.

McTominay had a difficult outing against Manchester City earlier this month where he looked out of sorts after recovering from an illness. He missed the subsequent game against Tottenham Hotspur.

Nemanja Matic impressed in his absence from the defensive midfield role, producing a key pass which made it 2-1 for United.

Rangnick could have stuck with Matic after a promising showing, but the German opted to change things around with McTominay being reinstated into the XI.

The Scot had another average outing, winning just one of his five ground duels. He was also partly to blame for the equaliser, having failed to track the run of De Paul.

Similar to Maguire, the Scot was caught ball-watching in the lead up, leaving De Paul free behind him. This meant that Dalot was left unspotted by Lodi’s run.

It was a sequence of positional errors before the goal. Anthony Elanga also failed to track back, and was at the edge of the box as Lodi was afforded a free header.

Rangnick made a few strange substitutions last night with one of those definitely being Mata over Lingard at the end.

The Spaniard has not played in the Premier League all season. It came a surprise that he was chosen over Lingard, who has shown that he can produce late game-changing moments.

It was also quite surprising that Bruno Fernandes was taken off in the 67th minute. The Portuguese was far from his best, having been dispossessed 16 times.

However, as we have seen for much of the campaign, he has the ability to create chances out of nothing. A firm example was the late assist for Elanga in the reverse leg.

Rangnick basically decided to bench the club’s most creative player. The introductions of Paul Pogba and Matic were understandable, but it did not seem worthwhile to bring on Marcus Rashford.

The United graduate has looked void of confidence, and it was visible last night. He was dispossessed seven times in 23 minutes, losing the ball in good attacking situations.