Three great United sides that could have won the World Cup

With the World Cup now upon us, we thought we thought we’d celebrate the great United sides who could have actually won the tournament. 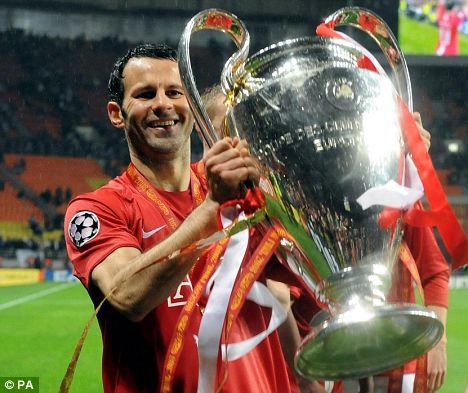 A World Cup year always offers a fun way to pass the time while we wait for the action to return to Old Trafford. Right now it’s time to get your fantasy teams in order (who else picks as many United players as possible?), dig out a decent wallchart to plan out your schedule and scour the football odds from William Hill, Unibet, 888 Sport et al to place your tournament bets.

But, with the World Cup now upon us, we thought it would be the perfect chance to celebrate the great United sides who could have represented the Republic of Mancunia and actually won the tournament.

Many of the World Cup winners have a superstar – be it Maradona, Pele, Zidane or Ronaldo – and in George Best this United team had a player worthy of that bracket. The Northern Ireland winger bamboozled defences up and down the country on his way to 28 league goals (32 in all competitions), earning him the European Footballer of the Year and FWA Footballer of the Year crowns. Indeed, he’s often seen as one of the greatest players never to grace a World Cup. This wasn’t just a one-man team, however, with Bobby Charlton, Brian Kidd, Denis Law and John Aston Jr all netting double figures in a side steered to success by legendary boss Matt Busby, whose first great side were tragically lost in the Munich air disaster a decade earlier. While United might have been pipped to the title by City in 1968, an emphatic 4-1 European Cup win over Eusebio’s Benfica at Wembley ensured this team secured even greater success.

Fergie’s great treble winners of 1999 could nominally have said to have been ‘world champions’ in a domestic sense, since they went on to win the Intercontinental Cup by beating Palmeiras, the best of Brazil, in Tokyo. That trophy was merely the icing on the cake, however, for a team that won more trophies in a year than some clubs muster in a lifetime. From the Premier League to FA Cup, Champions League and even a knighthood and Freedom of the City of Glasgow for Fergie, it would have been perfectly natural for the serial winners of ’99 to just carry on and scoop up a World Cup. This team also provided so many iconic moments – from Giggsy’s chest-hair-bearing semi final winner against Arsenal to Solskjaer’s four-goal salvo in the 8-1 win at Forest and the incredible injury time heroics in Barcelona to beat Bayern Munich. By then the famous Class of 92 had matured into great players – with Giggs, Beckham, Scholes, Butt and both Nevilles playing key roles, backed up by the awesome firepower of Dwight Yorke (the top scorer that season) and Andy Cole.

If the 1999 Intercontinental Cup made United the unofficial ‘world champions’, by 2008 the tournament had been replaced by the Club World Cup and the title was more formally secured by another win in Japan. With the reliable Van Der Sar between the sticks, Vidic and Ferdinand rock solid in defence and Carrick and Scholes stylishly pulling the strings, Fergie had built a superb all-round side that was capped off by the goalscoring brilliance of Cristiano Ronaldo, Carlos Tevez and Wayne Rooney, all at their very best. Ronaldo’s 31 goals in 31 league games was a sensational individual performance and earned him the Ballon D’Or. Helped by the tactical input of Carlos Quieroz, this team won United’s tenth Premier League title and took home the Champions League after a victory in the final over Chelsea. In his recent book The Mixer, football writer Michael Cox argued that this was the best ever United side.

So there you go. Technically we’ve actually won the World Cup more times than England anyway. So why not raise a glass to celebrate Old Trafford’s finest, safe in the knowledge that they’ve reached heights better than most national teams can ever manage.