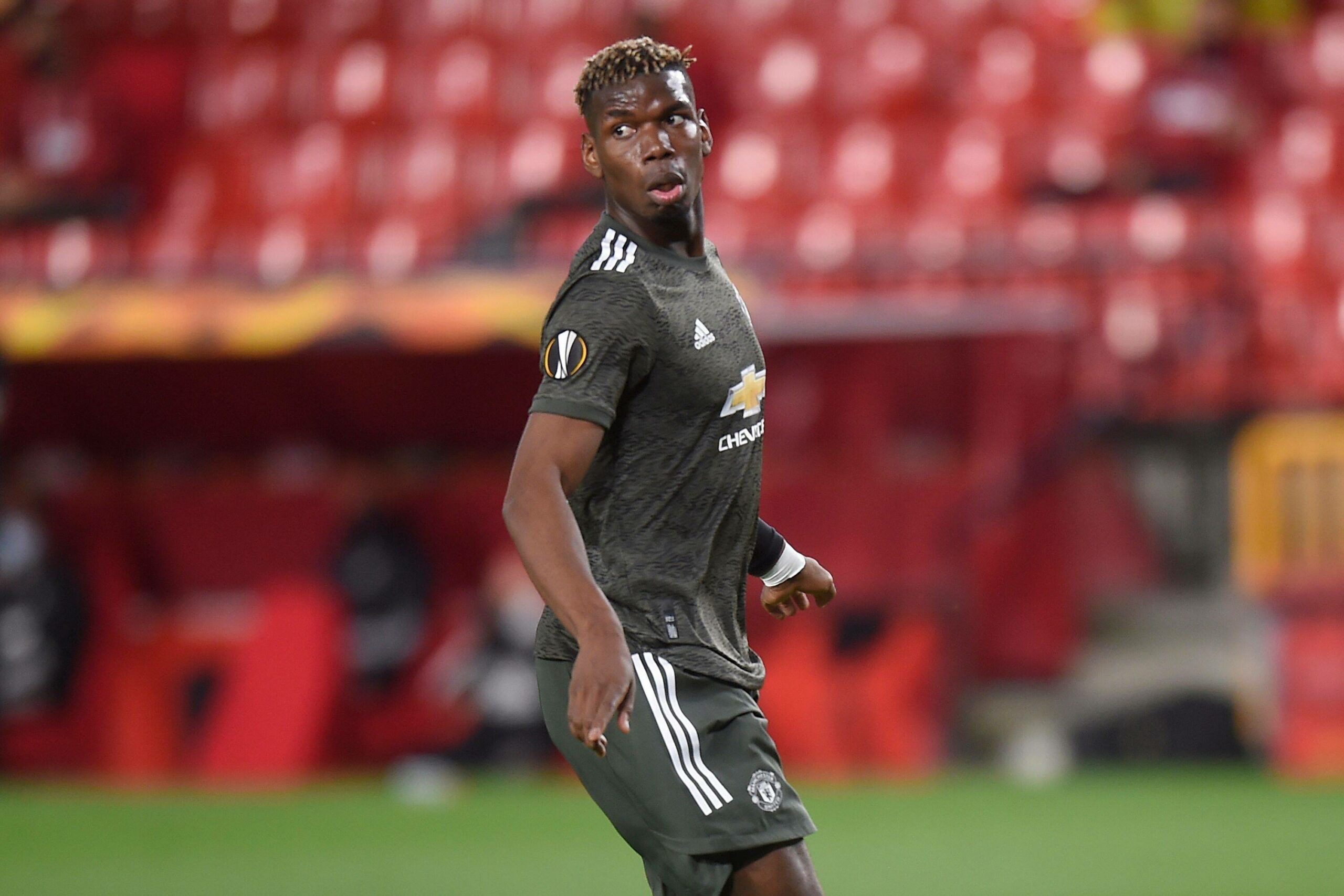 Manchester United could offload wantaway midfielder Paul Pogba to Barcelona as part of their efforts to reinforce their attacking department, per the Daily Express.

The Frenchman has been a subject of wild transfer speculations over the past few transfer windows, with Barcelona, Real Madrid and Juventus mooted for his potential landing spots.

Having failed to live up to expectations following his big-money return to Old Trafford in 2016, the World Cup winner could cut short his turbulent spell in Manchester this summer.

Pogba’s agent Mino Raiola has been working hard over the past 12 months to broker his client’s departure from the Premier League.

Raiola’s efforts could come to fruition at the end of the season, as cash-strapped United many need to sell some of their first-team stars to finance their spending spree in the summer.

Ole Gunnar Solskjaer has set his sights on several top-level players, but he will need to raise funds to complete those deals, and Pogba could fall victim to the Norwegian’s idea of overhauling his United squad.

Although Madrid and Juventus long looked to be the likeliest destinations for the 28-year-old, Barcelona may spoil their plans.

According to the Daily Express, United could be inclined to send Pogba to Catalonia as part of a cash-plus-player deal to strengthen their attack.

Fati is most certainly the most exciting product of the famous La Masia over the past few years.

The 18-year-old was in stellar form for Barcelona before a horrendous knee injury curtailed his momentum.

Despite spending most of the season on the sidelines, the Spanish whizz-kid remains one of the brightest prospects in world football.

Widely regarded as a leader of the future generation at Camp Nou, Fati is seen as the one to help to shape a post-Lionel Messi era at Barcelona.

So there is virtually no chance that Ronald Koeman will offer the winger to anyone, though he would be a welcome addition at the Theatre of Dreams.

Dembele has been a revelation since the turn of 2021.

After managing to put a series of horrible injuries behind, the Frenchman has started to show glimpses of his potential in recent times.

The French forward nearly left Barcelona on loan last summer on the back of three underwhelming seasons.

But, the 23-year-old has climbed up the ladder lately and is now staking his claim for a regular starting berth under Koeman.

With his contract running out at the end of the next season, the ex-Borussia Dortmund star could be available for a swap deal in the summer despite his recent upturn in form.

There is no doubt that Dembele is capable of performing at the highest level and joining a core of exceptional young talents at United could do good to his development.

Griezmann was one of United’s top targets during Jose Mourinho’s tenure, but they never convinced Atletico Madrid to sanction the move.

Even though the Red Devils continued to keep close tabs on the 30-year-old, they missed out on his signature due to Barcelona’s interference.

The Catalans triggered Griezmann’s €120million release clause in the summer of 2019, only to see the forward flop at Camp Nou.

The World Cup winner could be open to the idea of leaving his current employers for a new challenge after failing to emulate his old form.

Meanwhile, United could benefit from the forward’s experience and his lethal scoring instincts, particularly in light of Edinson Cavani’s uncertain future at Old Trafford.

Granada vs Manchester United: Streaker running across pitch amid COVID-19 is no laughing matter
‘Ferguson would disagree with trophies statement’: Mourinho’s jibe at Solskjaer ahead of United-Tottenham clash