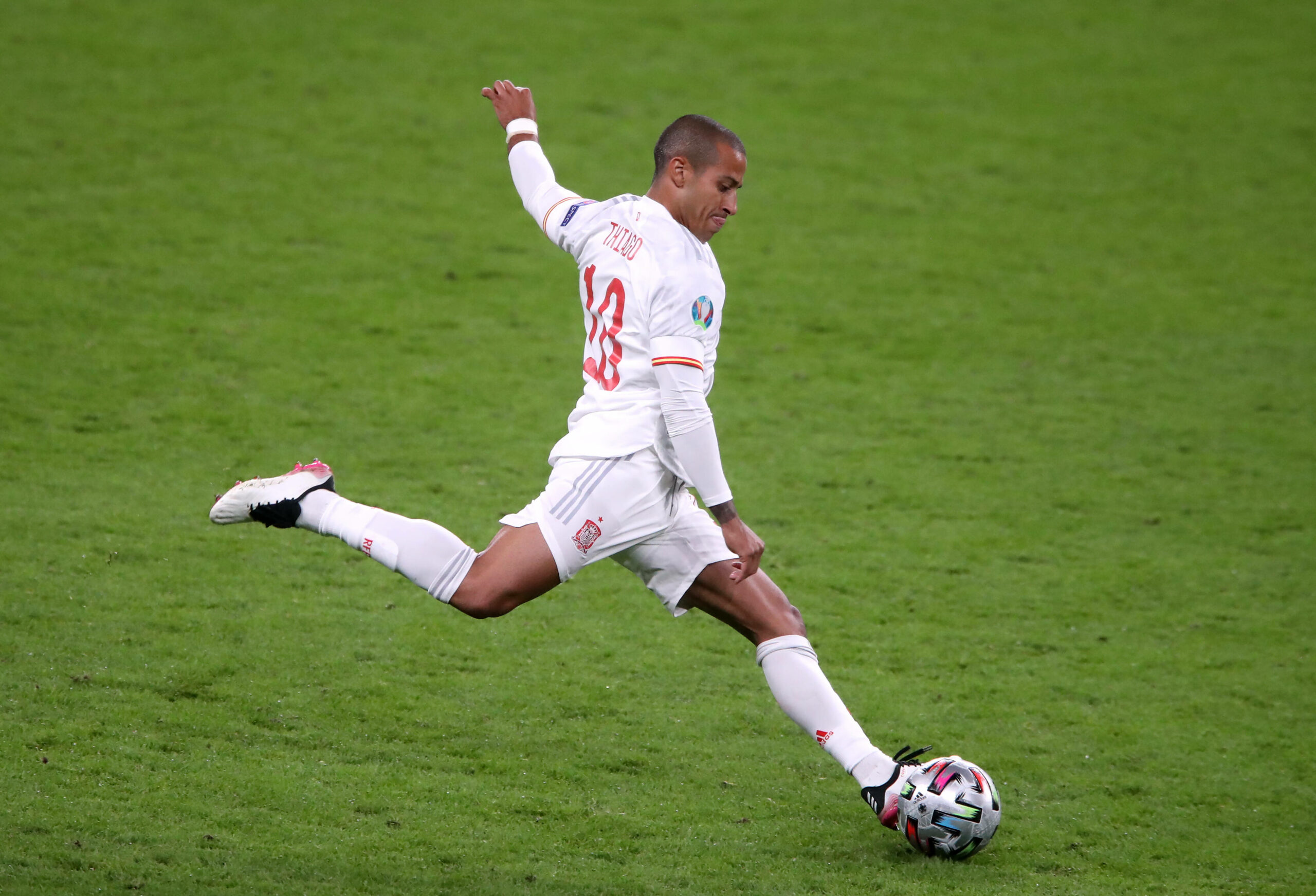 Rio Ferdinand has revealed that Thiago Alcantara called him to arrange a transfer to Manchester United back in 2013.

That was the year when David Moyes replaced Sir Alex Ferguson at Old Trafford after the legendary manager led the Red Devils to their 20th Premier League title in his last campaign.

According to Ferdinand, the Spanish footballer phoned him to ask if he could put in a good word to the club’s hierarchy.

However, Ferdinand revealed that Moyes and Ed Woodward declined to sign the talented midfielder.

Thiago, who wanted to leave Barcelona to get more first-team opportunities, then joined Bayern Munich for £21.6 million.

United were linked with several top players that summer, including Cesc Fabregas and Gareth Bale, but only signed Marouane Fellaini from Everton.

Ferdinand told Vibe With FIVE: ‘Before Thiago left Barcelona he called me.

“He speaks fluent English and we had played against Barcelona in the United States on tour and he was unreal. He played as the No.10 and he “cored a worldie.

“So we knew about him anyway and few years later Moyes was manager. I don’t speak to Thiago, I don’t know him, but David De Gea gave him my number.

“So he [Thiago] rang me, and he said, ‘Rio, I would love to come to Man United, can you speak to someone?’

“He said to me, ‘I would like the opportunity to come to Man United, is there anybody that I could or you could speak to see the interest?’

“So I spoke to the people at the clu – Moyes, it might have [also] been Woodward, I mentioned it. [They replied], ‘no, we’re already down the line with a couple of other signings, it’s fine’.

“I think he was given 24 hours, Thiago, to make a decision. He ended up ringing me up next morning again, ‘I’ve slept on it, can you let me know about Man United, what’s going on?’

“I asked again and he said again, ‘I’ve got 24 hours to make a decision otherwise Pep won’t take me to Bayern Munich’.

“He ended up going to Bayern Munich, and the rest is history. But what a guy, great guy.”

Alcantara’s time at the Allianz Arena was highly successful as he went on to win seven Bundesliga titles with the Bavarians.

He was also part of the team that won the Champions League crown in 2020.

The 30-year-old joined Liverpool from Bayern last summer in a deal worth £20m.