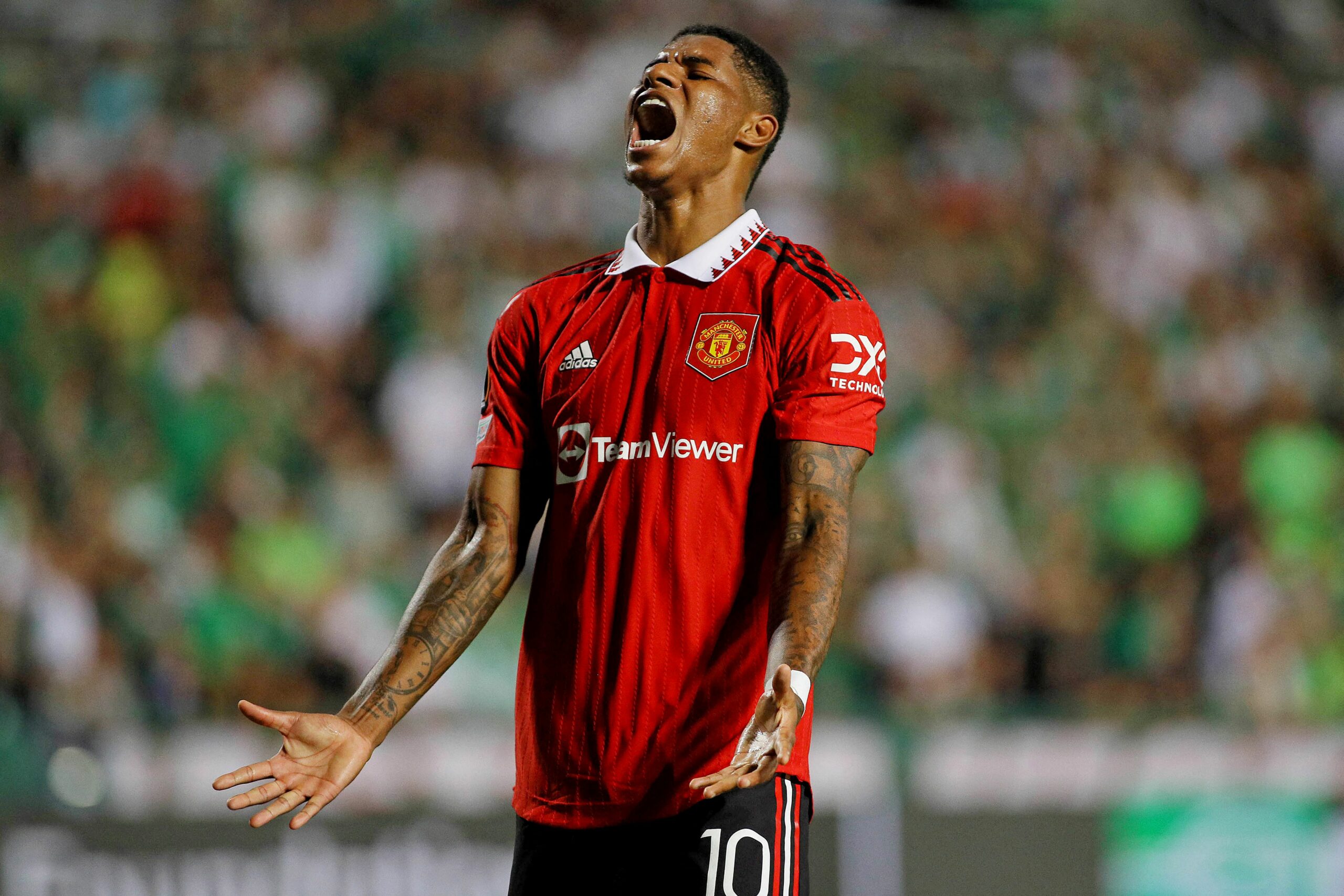 Marcus Rashford has long been one of the biggest prospects at Manchester United.

Since breaking into the first team at the start of the 2015-2016 season, the 25-year-old has dominated the left wing for the Red Devils.

Rashford has recently established himself as one of the most important players in Erik ten Hag’s set-up. Even before the arrival of the Dutchman, Rashford was racking up goals and creating havoc for opponents.

Under Ole Gunnar Solskjaer, the English international not only created opportunities but also took them with both hands. In the 2019-20 and 2020-21 seasons, he scored 22 and 21 goals in all competitions, respectively.

Alongside Anthony Martial, Rashford was one of the foremost attackers for United, helping his childhood club reach second place in the Premier League and finish as runners-up in the Europa League.

However, a nagging shoulder injury meant Rashford missed the first few months of the 2021-22 season. He returned from being sidelined in September but was only a shadow of his former self.

The once flamboyant and charismatic winger did not feel he was up to the task of carrying United’s front line. He played with low confidence and an inability to create and score goals.

After only scoring five goals in the previous season and missing an all-important penalty for England in the 2020 European Championships, Rashford was perhaps at the nadir of his career.

The scenario has changed this season, with Rashford doubling his goals tally from last term and creating one opportunity after another.

But how has Rashford’s resurgence come about? The simple answer to this lies in the word ‘belief’.

During a recent press conference (via manutd.com) ahead of the game against Nottingham Forest, Ten Hag commented on Rashford’s recent run of form.

“I don’t want to pin myself on a number,” said Ten Hag. “But I said from the start, I think he is capable to score 20 goals in the Premier League only, so I am convinced about that.

“He now has four, but he has scored many other goals. He scored three goals at the World Cup, and you also have the potential to score those numbers of goals in the Premier League.”

Although he currently stands at only five goals, Rashford can be backed to become United’s top scorer this season.

His excellent form was again on display as the Red Devils defeated Forest 3-0. The English international scored and assisted in the game as he once again set the standards.

The transition from being an out-of-touch youngster, being criticised constantly and bearing the brunt of United’s poor performances, to becoming arguably one of the best players at Old Trafford has been gradual and filled with patience for Rashford.

It is important to understand that playing with a smile often comes down to how a player is conceived by those around him. For Rashford, the belief that Ten Hag and the rest of the team show in him is crucial.

In another interview with manutd.com, Christian Eriksen highlighted that Rashford is a confidence-oriented player.

“He’s very confident,” said Eriksen. “You can see that in the games – he is looking sharp and really on it. He looks like he is going to create something, or he’s going to score something every time.”

The same sentiment was also reiterated by Victor Lindelof, showing that Rashford has people around him who believe in his abilities.

Whenever he is on the ball, the determination to create and be at the forefront for his team has instilled in Rashford a previously-unseen characteristic – leadership. Not only is he taking accountability for his performances but also for those around him.

As the season progresses, Rashford will only continue to shine, and it is up to the team, the manager and the fans to back him.