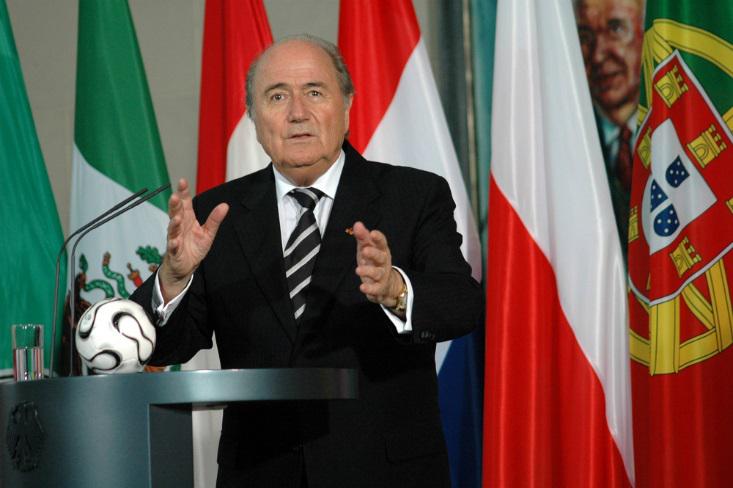 FIFA and the World Cup are both short of sponsors as this year’s tournament has failed to secure more than half of the sponsorship slots that it had been allocated.

Of the official World Cup sponsor slots, only five of a possible six have been filled, while the take up on the regional sponsors has been worse, with only four regional companies opting to sponsor the tournament, leaving sixteen slots available.

The organisers of the World Cup, FIFA, have themselves faced a reduction in sponsors, having only seven out of a possible eight ‘official partners’. Repeatedly rocked by scandals over the last few years FIFA has seen its attractiveness tarnished so it is no wonder that few organisations have been in a rush to sponsor the World Cup.

The hosts, Russia, are hardly blameless in the lack of uptake in sponsorship, with the country coming under fire for racist and homophobic attacks, as well as the political tensions that arose after the Salisbury spy poisoning.

In today’s world, companies are all too aware of the commercial implications of sponsoring a brand or event that could be seen as controversial, especially if it is hosted in a controversial country and the FIFA World Cup in Russia is a fantastic example of such.

While the hosts have upset the odds and bets on World Cup by progressing from group A after winning their opening two matches, there have still been a couple of incidents which have not helped the nation’s reputation. What is it that has caused sponsors to stay away from the 2018 World Cup in Russia?

The 2015 corruption scandal that engulfed FIFA produced a toxic image for the brand; one that has yet to disappear. For decades the organisation had been surrounded by claims of corruption, however, it had been able to survive due to a lack of any criminal proceedings.

This scandal though, saw American and Swiss authorities working together and resulted in the organisation’s president, Sepp Blatter, being removed from his position. A whole host of senior FIFA executives were indicted by the USA in what is the biggest scandal in football.

Things got worse for FIFA when a number of sponsors chose not to renew their contracts and this resulted in FIFA’s 2016 financial figures showing a loss of $369 million.

The toxicity of FIFA’s brand image has not only been damaging to the organisation, but also to its prime competition – the World Cup. With Western companies like Johnson & Johnson and Castrol choosing not to renew their deals to sponsor the tournament, FIFA has been forced to try and fill the void with companies from the East, particularly from China and Russia, though with limited success.

FIFA’s corruption scandal in 2015 may be a major reason for the lack of sponsorships, however, problems in Russia have done little to help the situation.

Racism and homophobia are rife across the country and little has been done to reassure fans that they are safe to travel to the host country to watch their team play.

With the World Cup wanting to be seen as an all-encompassing tournament, it is strange that FIFA would vote to host it in a nation that is viewed in such a negative light, especially when Russia did not give any significant indicators that it would change if it were to win the hosting rights.

It hasn’t just been incidents within the country that were a cause for concern. The annexation of Crimea in 2014 and the poisoning of Sergei and Yulia Skripal on British soil in March 2018 have done little to improve Russia’s global image.

The latter incident resulted in calls from the British parliament for the England national team to boycott the tournament, something that England fans are glad didn’t happen, given the good performances put in by the team, resulting in England being selected more frequently for predictions on the World Cup winners.

It’s hard to blame the sponsors who opted not to continue their association with FIFA and the World Cup, given that they have brand images to protect.

In an age when every publicity move made by a company is placed under the microscope, sponsoring a publically damaged organisation such as FIFA is not a move many would make.

When companies offer to sponsor a tournament or an organisation, they are looking to make a profit from the exposure. Thanks to both FIFA and Russia, the 2018 World Cup is far from squeaky clean and therefore, companies will be expecting a loss from the association.

Do you think FIFA can recover in time for the 2022 World Cup in Qatar? Or do you expect more sponsors to pull out ahead of it? Let us know.