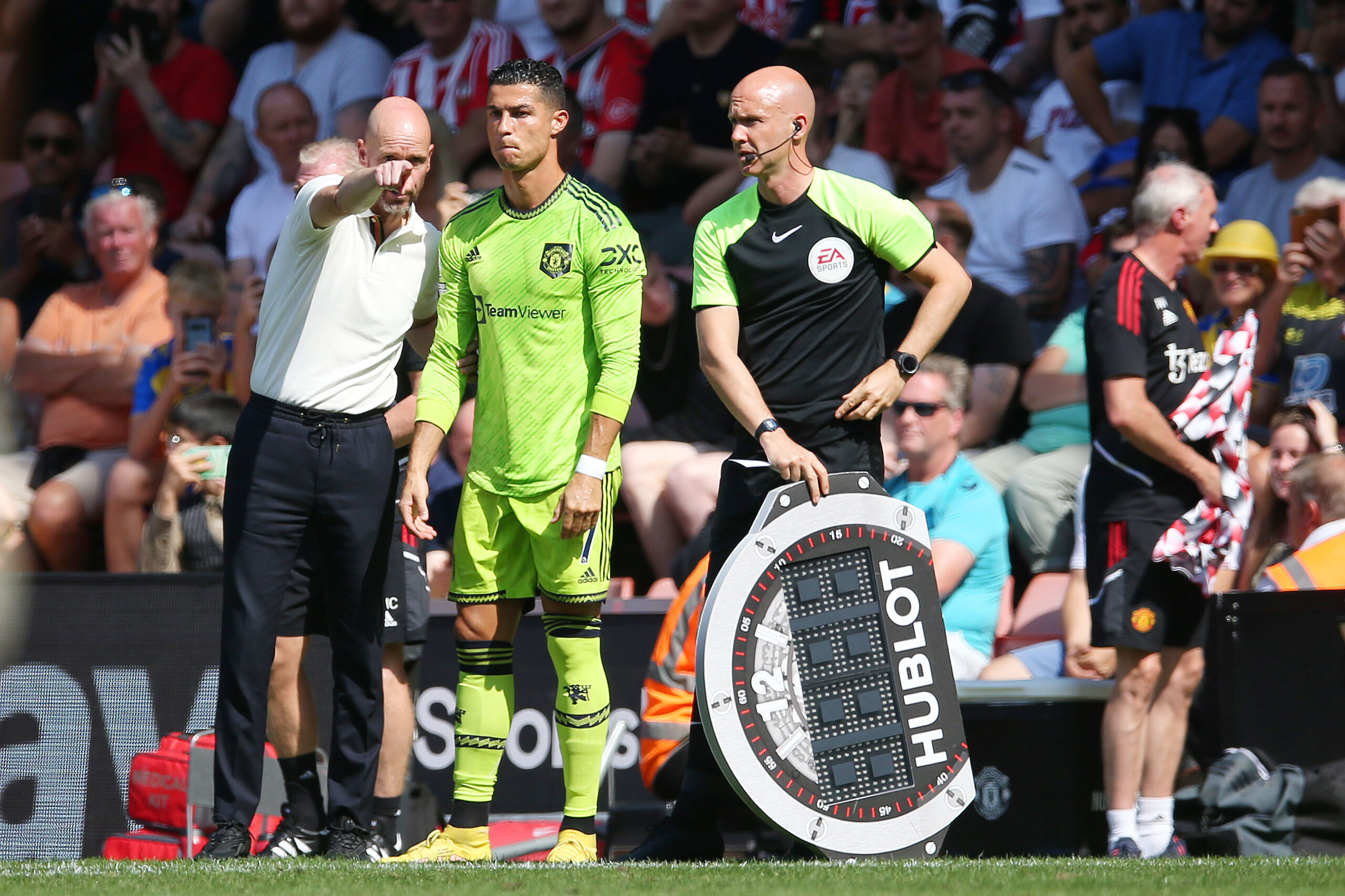 Erik ten Hag will meet with Cristiano Ronaldo to determine whether he will be allowed to return to the first-team squad, according to The Athletic.

The Dutchman axed the veteran forward after his petulant exit from the dugout during Manchester United’s victory over Tottenham Hotspur last week.

Ronaldo was given a personal fitness programme and ordered to train away from the rest of the squad as Ten Hag stamped his authority on proceedings.

The United manager will reportedly welcome Ronaldo back into the fold if he accepts he may play a reduced role during the rest of the season.

United should cut their losses on Ronaldo

Ten Hag has handled the situation with Ronaldo perfectly up to this point but is taking a big risk by considering bringing him back into the squad.

Ronaldo made it clear during the summer that he wanted to leave United after the club failed to qualify for the Champions League.

His performances have not been up to scratch, and Ten Hag has been fully justified in leaving Ronaldo out of the starting XI.

The Portuguese forward’s best days are behind him, and he does not fit into Ten Hag’s style of play.

The best option would be for United to terminate Ronaldo’s contract and send him packing during the January transfer window.

Whether the 37-year-old would be happy to write off the remaining six months of his salary is undoubtedly a major sticking point.

However, United need to find a resolution to the issue to ensure the Ronaldo circus does not derail their season.