Tactical Analysis: Manchester United were lucky to get away with starting a back-five against Atalanta 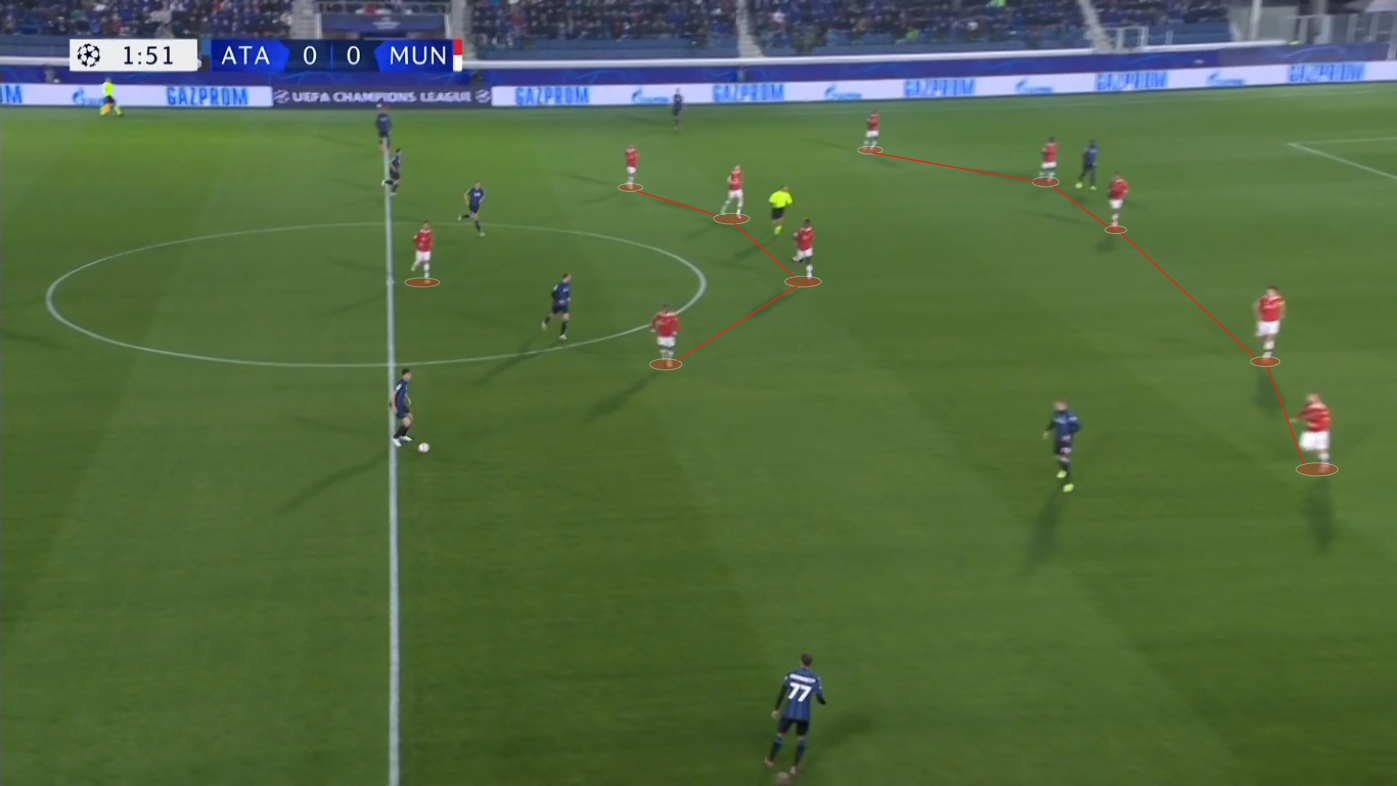 The latest episode of the tactical comedy that is Manchester United took us to Italy, where the Red Devils were facing Atalanta for a Champions League clash.

With an extremely open Group F that had just three points between all four teams, the stakes were very high.

Following the 5-0 mauling at the hands of Liverpool, Ole Gunnar Solksjær switched to a back-five against Tottenham Hotspur to good effect, although a lot of that was down to Spurs being very poor.

An injury suffered by Victor Lindelöf in training mixed things up once again, with the Norwegian tactician forced to choose between returning to a back-four or using a less-favoured centre-back alongside Raphaël Varane and Harry Maguire.

He chose the latter, as Eric Bailly made just his second competitive appearance of the season after the 0-1 loss to West Ham United in the Carabao Cup.

The other major selection news was that Paul Pogba came in for Fred in midfield, while Marcus Rashford replaced the understandably tired Edinson Cavani.

United primarily looked to defend in a fairly low 5-4-1 block, with a horizontally compact midfield.

There was nothing in terms of high pressing, so the furthest forward the visitors usually got defensively was to the edge of their attacking third in a 5-2-3, which saw Bruno Fernandes and Rashford push forward and narrower.

With the lack of pressure on the ball, Atalanta had next to no troubles advancing into the opposition half.

Their main concern was breaking down United’s 5-4-1 block, which they did relatively easily by creating overloads left, right and centre.

The main men responsible for this were Mario Pašalic and especially Josip Ilicic, who proved particularly slippery for the visiting defenders.

With the help of a wide centre-back and wing-back, outnumbering the opposition on the wings was child’s play for him.

It was clear that the United players had no clear instructions regarding what to do when the Atalanta forwards dropped into midfield, which allowed them to access these sorts of pockets of space.

Besides being carved open in defence, Solksjær’s side could not do much in terms of ball progression either as Atalanta’s high press proved very effective, capped off by tight man-marking against the attackers (which, by the way, is how you typically deal with forwards dropping into midfield when using three centre-backs).

Unsurprisingly, therefore, Atalanta were firmly in control of the match until the 40th minute with over 55% of possession and a lead that came partly thanks to an untracked late run from midfield by Ilicic.

Then, Varane went down with a hamstring issue, forcing his manager to make a substitution.

With no recognised centre-backs on the bench, Solksjær had the choice between playing someone like Luke Shaw as a wide centre-back and switching to a back-four.

He picked the second option by sending Mason Greenwood on, but there is nothing to say that he would have done so had Varane not developed an injury concern.

United’s lack of experience in a three centre-back system was not visible against Tottenham because Spurs were simply so bad.

Against a well-drilled Atalanta side, it was clear that the visitors were out of their depth both in and out of possession in a head-to-head systemic match-up.

The back-four worked better in this match because it allowed the players to practice familiar attacking rotations, all while against a man-marking heavy defensive set-up.

This type of defensive system is what United’s 4-2-3-1 has regularly decimated. The reverse fixture and the first match of the Premier League season for the club against Leeds United are recent examples.

Even then, the Red Devils needed a fairly lucky bounce and Cristiano Ronaldo’s individual brilliance to save the day after their opponents squandered a fair few chances to increase their lead.

Nonetheless, they would most likely not even have been in a position of any hope in stoppage time if they still had three centre-backs on the pitch.

Once again, this match highlighted the Norwegian manager’s lack of tactical astuteness in his failure to recognise that a 4-2-3-1 would work better against Atalanta, even after watching precisely that unfold from one of the best vantage points just two weeks ago.

Given the Red Devils’ lack of tactical direction along with their neighbours’ incredible potential, another embarrassing result should not be considered the unlikeliest of outcomes.