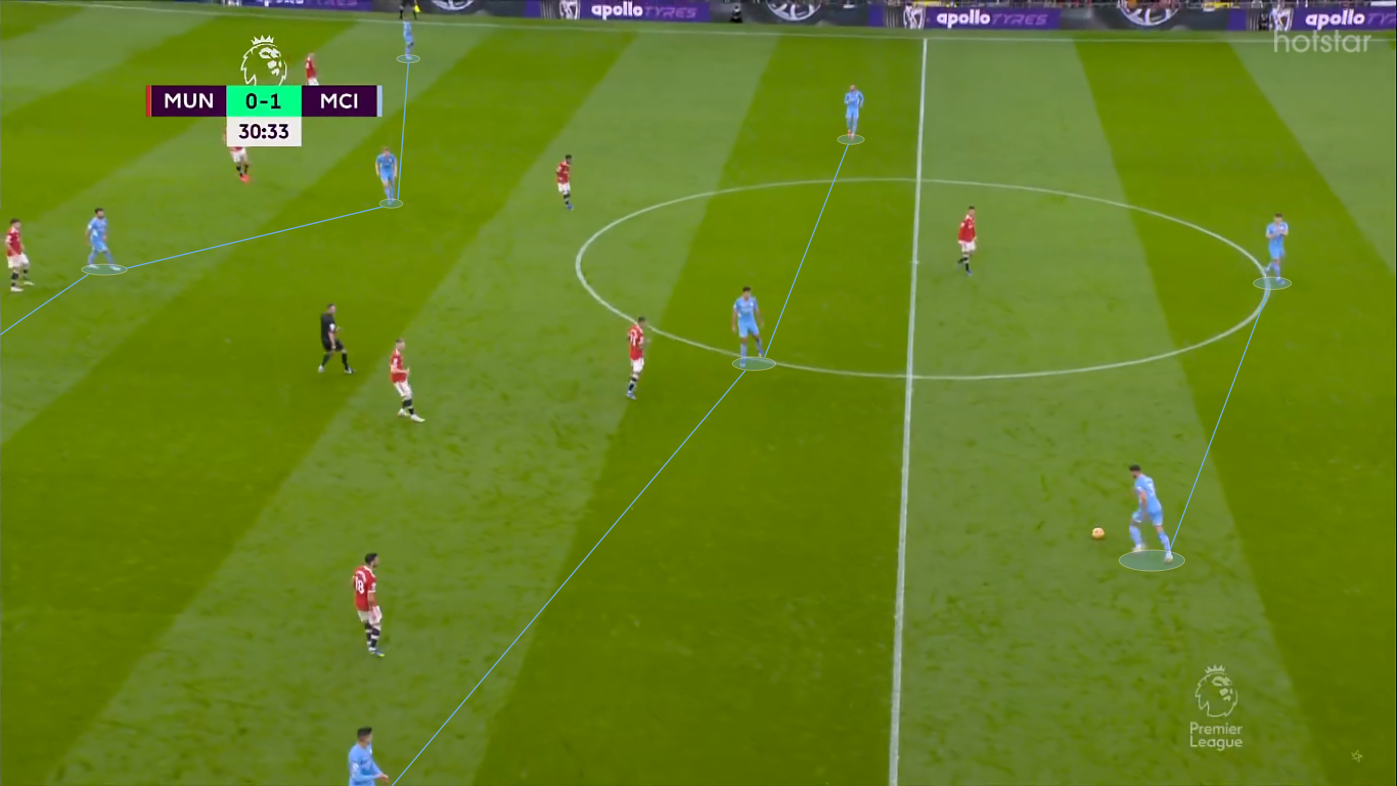 The footballing power shift in Manchester has been a well-documented topic over the last decade or so.

Ever since Manchester City’s Abu Dhabi-led takeover saw them get a massive injection of finances, they have gone from strength to strength and are now one of the best sides in world football.

Manchester United are still far off the heights of the Sir Alex Ferguson era, and the gulf in quality between the two teams has arguably never been this big in City’s favour before.

Since Ferguson retired from management, United have seen rebuild after rebuild attempted, only for each of them to crumble for one reason or another.

The latest manager to be tasked with that job was Ole Gunnar Solksjær, and truthfully he has done a great job in assembling a world-class squad after inheriting a broken side three years ago.

However, it is becoming increasingly apparent that he is not the right man to take them forward.

After Liverpool put five past the Red Devils at Old Trafford, his job was under serious threat.

However, he continued to lead the side after a win over Tottenham Hotspur and a draw against Atalanta in the Champions League.

The three centre-back system used by the Norwegian manager seemed to work well against Spurs, but that was more a result of Tottenham’s issues under Nuno Espirito Santo than anything else.

Atalanta proved that in midweek, and City cleared any lingering doubts in the derby.

As far as line-ups for the match were concerned, United didn’t pose any surprises as the injured Raphaël Varane and Edinson Cavani missed out, with Mason Greenwood preferred to Marcus Rashford up front.

For City, Jack Grealish sat on the bench to accommodate Phil Foden on the left as Bernardo Silva operated as a false nine with Kevin De Bruyne partnering Ilkay Gündogan in midfield.

Before we explore how United got pulled apart, let us quickly understand their defensive structure.

Out of possession, they sat in a 5-3-1-1 shape, with Greenwood asked to man-mark Rodri.

They did try to get as high up the pitch as possible and do the incredibly disjointed press, but given how composed City are at the back, they mostly had to retreat in a mid-block.

In possession, City operated in a 2-3-5, with both midfielders pushing forward.

Since United had a narrow three-man midfield, they often looked to play crossfield passes to stretch them.

In fact, in the whole match, they completed 34 switches (passes that travel more than 40 yards of the width of the pitch) — at least 10 more than they managed in any of their other league matches this season.

On the left, João Cancelo received most of the switches. He was capable of carrying the ball forward and picking a pass or crossing, but he also had support from Foden, whose clever off-ball movement was too much to handle for Aaron Wan-Bissaka.

On the opposite flank, either De Bruyne or Silva peeled off wide very often to receive switches before driving forward and working their magic in the half-space.

Quickly playing the ball across from one wing to another also served to create gaps in the United midfield, after which the visitors could look to play a pass into one of the three men they had positioned between the lines.

One of the main pitfalls of the false-nine for City has been the lack of bodies present in the box at the end of their attacks, but because of how slowly and systematically they were able to progress here, that was not an issue.

Both of the goals highlighted that, although the defending was very questionable in either case.

Worse yet for United, they had absolutely no outlets even when they won the ball back in the defensive third.

Neither Greenwood nor Cristiano Ronaldo are players who can carry their side up the pitch with the ball at their feet.

With an offensively weak formation combined with a simple structure in possession, the hosts were highly susceptible to being pressed or counter-pressed.

It should hardly be a surprise that City kept over two-thirds of the possession in the match.

United switched to a back-four for the second half, but with a comfortable lead, City toyed with them as they took their foot off the gas and tried to kill the game, much like Liverpool.

They were always in control, though, and the one-sidedness of this xT (Expected Threat) graph tells that story by itself.

This was, without question, one of the most comfortable 2-0 wins you will ever see.

We’ve been saying this every week now, and the point only keeps getting stronger – United will not be able to improve under their current manager.

Their current squad is easily talented enough to challenge for the title, but under Solksjær, they are struggling to keep pace with the top four.

There have been stronger scorelines in the past, but the utter dominance and control of City in this match proves that Manchester has never been so blue in recent history.