Striker return the right move for United, says U21 coach 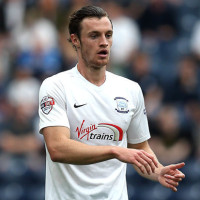 Manchester United were right to recall Will Keane from his loan at Preston North End, according to United’s U21 coach Tommy Martin.

Keane was allowed to go on loan to the Championship side in the summer before being summoned back to Old Trafford over the festive period, as Louis Van Gaal looks to end his side’s goalscoring problems.

“I think that’s the idea of him coming back from Preston,” Martin told Manchester Evening News.

“That hopefully he’ll be involved with the first team more than the U21s.”

Martin added that while Keane, who was on the pitch for 85 minutes on Monday night as United U21 beat Spurs U21 3-1, has a good chance to break into the first team, he should also aim to play as often as he can for the U21 side.

“It’s good for him to get minutes on the pitch,” he said.

“Even though he’s involved with the first team he needs to play as well as much as possible so that was good for him tonight and it’s a bonus to get the goals.

“He’s a young player, he’s part of the first team squad but not always getting the minutes so it’s vital that he does play for the U21s when he gets the opportunity.”