Stats show how reliant Man United are on Fernandes and Rashford 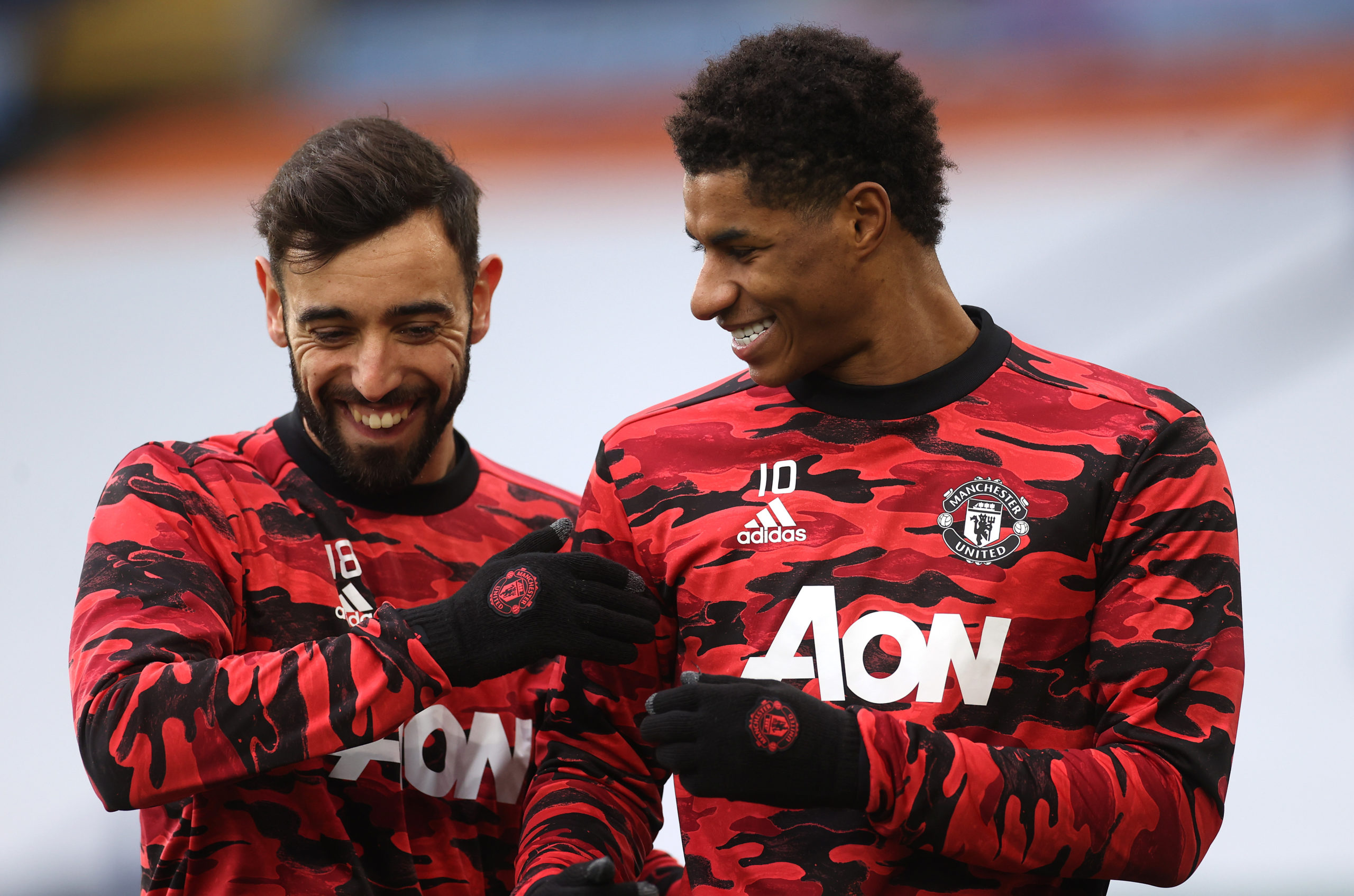 Manchester United have impressed in the Premier League this season and they are currently second in the standings, 10 points behind runaway leaders Manchester City.

While a title challenge seems unlikely, they are in a good position to finish in the Champions League places with a six-point advantage over fifth-placed Chelsea.

Bruno Fernandes and Marcus Rashford have been the standout performers for United and a statistic published from The Athletic reveals that the duo have provided more than just goals and assists.

Considering the non-penalty goals in the league, Fernandes has been involved in 24 scoring contributions. He has scored eight times alongside 10 assists while playing in the build-up of six more goals.

The Portuguese is topping the list ahead of Tottenham Hotspur’s Heung-min Son and Rashford, who have made 23 contributions each. Rashford has 13 goals and six assists while influencing in the build-up on four occasions.

Through the above list, it is quite clear there has been an overdependence on the pair.

Defensive duo Harry Maguire and Aaron Wan-Bissaka have been the next best with 14 contributions apiece, the majority of which have come through a pass, interception or tackle in the lead-up to goals.