‘Start him’, some Man United fans want 21-year-old ace to start in defence vs Astana 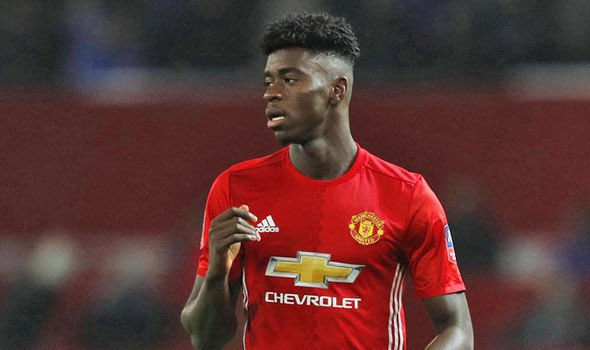 Some Manchester United supporters have urged manager Ole Gunnar Solskjaer to start Axel Tuanzebe at the heart of the defence when the club entertain Astana in their Europa League opener on Thursday night.

The 21-year-old was one of the impressive performers for United during pre-season but he has hardly earned any playing time this term, barring a four-minute appearance against Leicester City last weekend.

As such, there is the anticipation that he could feature for the Red Devils in the Cup competitions and a section of the United faithful want the youngster in action against Astana in midweek.

Start him on Thursday

A full game for him this Thursday. ??

START HIM ON THURSDAY I BEG

Start him on Thursday

absolute tank. a moment of silence for europa league centre forwards this season.

Astana will be rough handled by Axel Tuanzebe at Old Trafford. Clean sheet incoming for Romero.

Since the start of the season, Solskjaer has stuck with Victor Lindelof and Harry Maguire in the central defence but the former has been culpable for a couple of mistakes leading to goals already.

Nonetheless, they continue to remain the preferred central defensive partnership in the league under Solskjaer and that appears unlikely to change following a clean sheet in the recent 1-0 triumph over Leicester City.

However, that may not necessarily be the case in the Europa League and League Cup, where Solskjaer may prefer to offer more opportunities to some of the young and quality players in the ranks.

Tuanzebe seems a likely candidate to get the starting nod and he could be accompanied by Tahith Chong in the starting XI following the Dutchman’s lively 24-minute cameo against the Foxes last weekend.

Mason Greenwood is another young graduate, who should stand the chance of making his maiden start of the season after managing four appearances off the bench totaling less than 50 minutes of playing time.