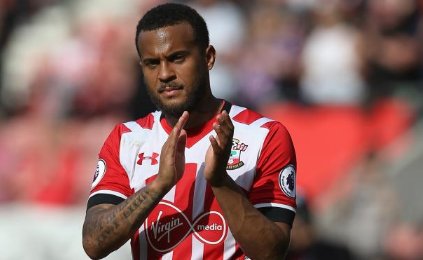 Manchester United are widely-expected to bring in a new left-back over the summer.

Ashley Young has spent the majority of the season in this role for us this season but the England international turns 33 over the summer and is not an out-and-out defender.

Jose Mourinho has seemingly lost faith in Luke Shaw, Daley Blind and Marcos Rojo as options at left-back, with all three players linked with a move away from the club this summer.

Last summer we were strongly linked with a move for Tottenham Hotspur’s Danny Rose but nothing ever materialised.  The 27-year-old has spent the majority of this season sidelined through injury and has not been able to regain his place in Mauricio Pochettino’s starting XI.

Rose is expected to leave Spurs over the summer after falling out with the Argentine manager.  Whether Jose is still interested in the England international remains to be seen.

However, Tottenham are seemingly prepared for his departure as the Metro are reporting that the North London club are preparing a £30 million bid for Southampton left-back Ryan Bertrand.

Bertrand is also an England international and has been one of Southampton’s bright sparks in a poor season that sees them starting the weekend in the relegation zone.

We reported last month that we were set to do battle with Everton and Newcastle United for the player’s services, whilst Bertrand was ready to leave the south coast club regardless of them staying up or going down at the end of the season.

Manchester United have been linked to a number of left-backs over the past couple of months.  As well as Rose and Bertrand there have also been reports that we could make a move for Juventus’ Alex Sandro and Fulham’s Ryan Sessegnon.