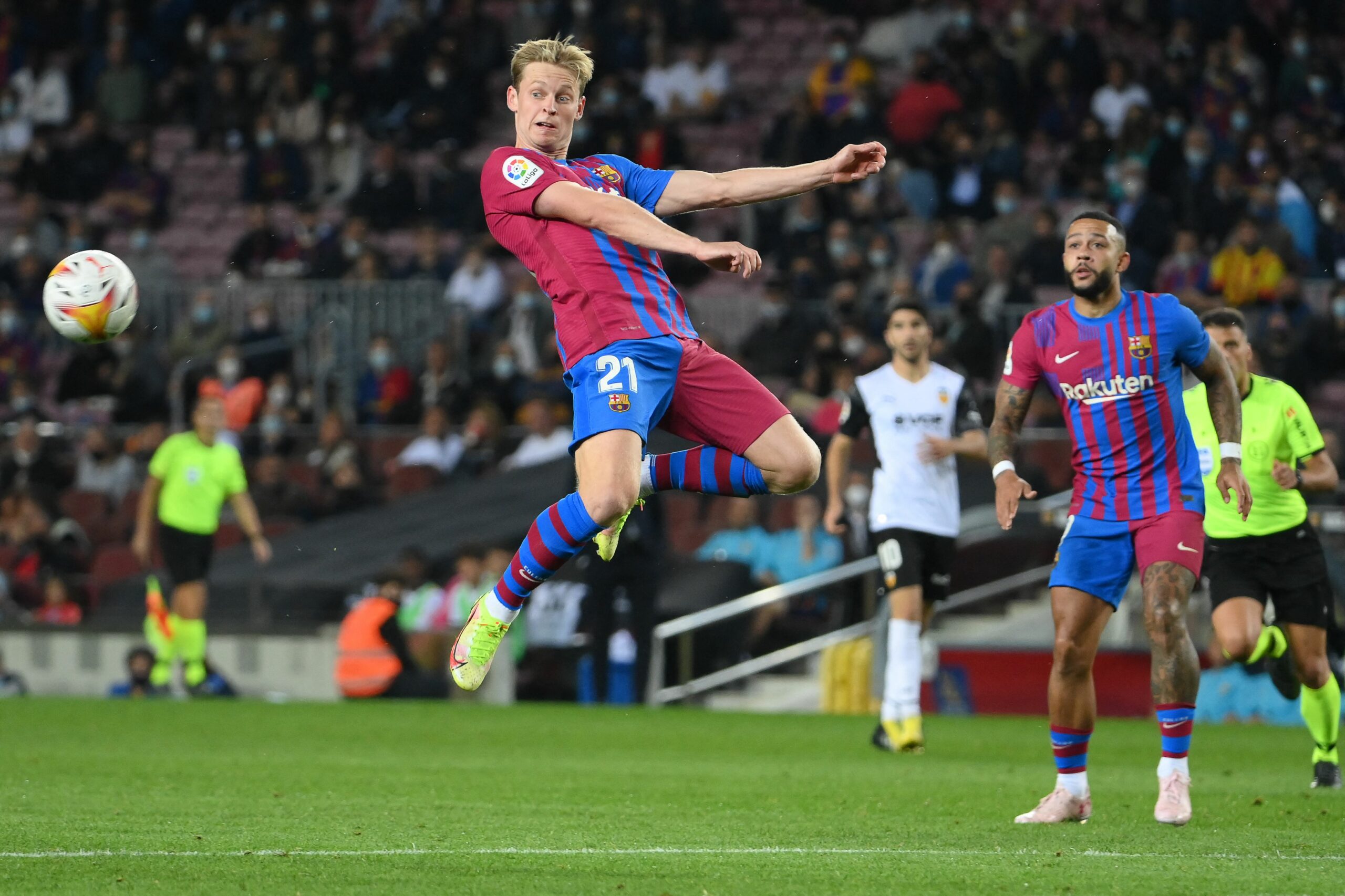 Barcelona absolutely must sell Manchester United target Frenkie de Jong before they can register any of their new summer signings.

That’s according to Spanish publication SPORT who claim that United have been handed a huge boost with La Liga informing Barca that they must sell players to get Robert Lewandowski, Raphinha and Jules Kounde registered.

Barcelona also apparently have to activate a ‘fourth lever’ by selling a further 24.5 percent of Barca Studios (SPORT). So the Catalan giants are clearly in a lot of trouble financially. Selling de Jong to United would solve a lot of their problems.

And the latest update from SPORT makes it seem as though Barcelona could end up literally forcing the 25-year-old out the door at the Camp Nou.

With Barcelona unable to register any of their new signings, United simply must force through a move for the midfielder.

The Mirror claimed yesterday that Erik ten Hag is in pole position to sign de Jong this summer. And the Red Devils absolutely have to act by finally bringing him to Old Trafford.

He would be a truly stunning addition for United. Holland and Barcelona legend Ronald Koeman once described de Jong as ‘exceptional’.

The 44-capped Holland international is highly energetic, cool and composed when in possession and a brilliant passer of the ball. He has the quality needed to dictate the tempo of the game and would add so much to the United squad.

De Jong is a truly world-class central midfielder. He earns a whopping €30 million per year according to SPORT. That works out at a mammoth £490k-per-week.

Barca have already asked de Jong to take a 50% pay-cut (SPORT), so if United sign him, they will need to pay him at least £250k-per-week, probably more.

We think he’d be more than worth that kind of outlay though. And if United sign de Jong this summer, ten Hag will have a much better chance of guiding the 20-time league champions back to their former glories.