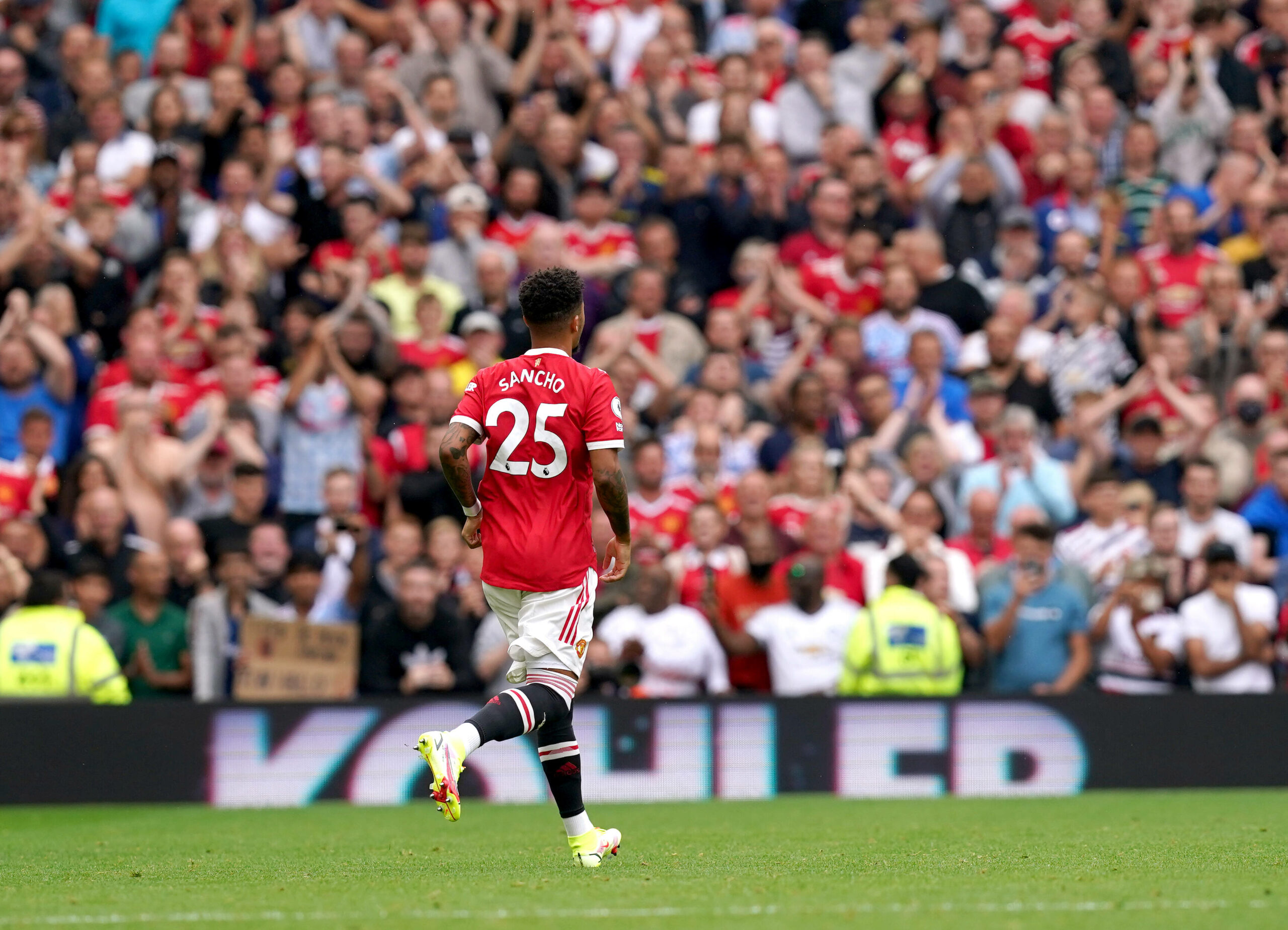 Southampton and Manchester United are set to trade tackles at St Mary’s Stadium in an exciting Premier League fixture on Sunday afternoon.

The most recent league encounter between these two sides saw Man United claim the joint-biggest victory in the top-flight history, hammering the Saints 9-0 back in February.

It remains uncertain whether Raphael Varane will be handed a starting berth for the first time since joining the club from Real Madrid this summer.

But Jadon Sancho, who made a cameo appearance in the inaugural 2021/22 Premier League fixture, could make his full debut for the Red Devils.

Inspired by a blistering start to the season, United head into proceedings as warm favourites to take away all three points.

Despite Adam Armstrong’s instinctive debut goal, Southampton turned a 1-0 half-time lead at Everton into a 3-1 defeat back on the opening weekend.

A disappointing start to the season, coupled with an uneventful transfer window, has already seen more than a few eyebrows raised among the Southampton faithful.

After losing each of their last three Premier League outings by a margin of 2+ goals, the Saints will be hopeful that sold-out St Mary’s Stadium could inspire some heroic display here.

However, Ralph Hasenhuttl’s men face the prospect of opening a new league campaign with back-to-back defeats for the third year running.

That could be a bad sign, as they finished in the bottom half of the table in both previous such seasons.

With Jannik Vestergaard departed for Leicester City, Southampton’s chances of registering their first clean sheet at home in the Premier League since January 4 do not look good.

The Portuguese dynamo, who became the first United player to notch an opening day hat-trick since 1977/78, will be central to the visitors’ hopes of posting back-to-back league wins at Southampton for the first time since 2014 and 2015.

Unbeaten in their last 26 away Premier League fixtures (W17, D9), the Red Devils will equal Arsenal’s all-time top-flight record of 27 consecutive league trips without defeat if they pick up at least a point here.

Even if they concede first, the three-time European Cup winners should have enough character to bounce back, as witnessed by a return of nine wins from the ten away league matches when falling behind last term (W9, D1).

That could be an interesting point here because the travelling side have rescued the Premier League all-time high 35 points from losing positions against Southampton.