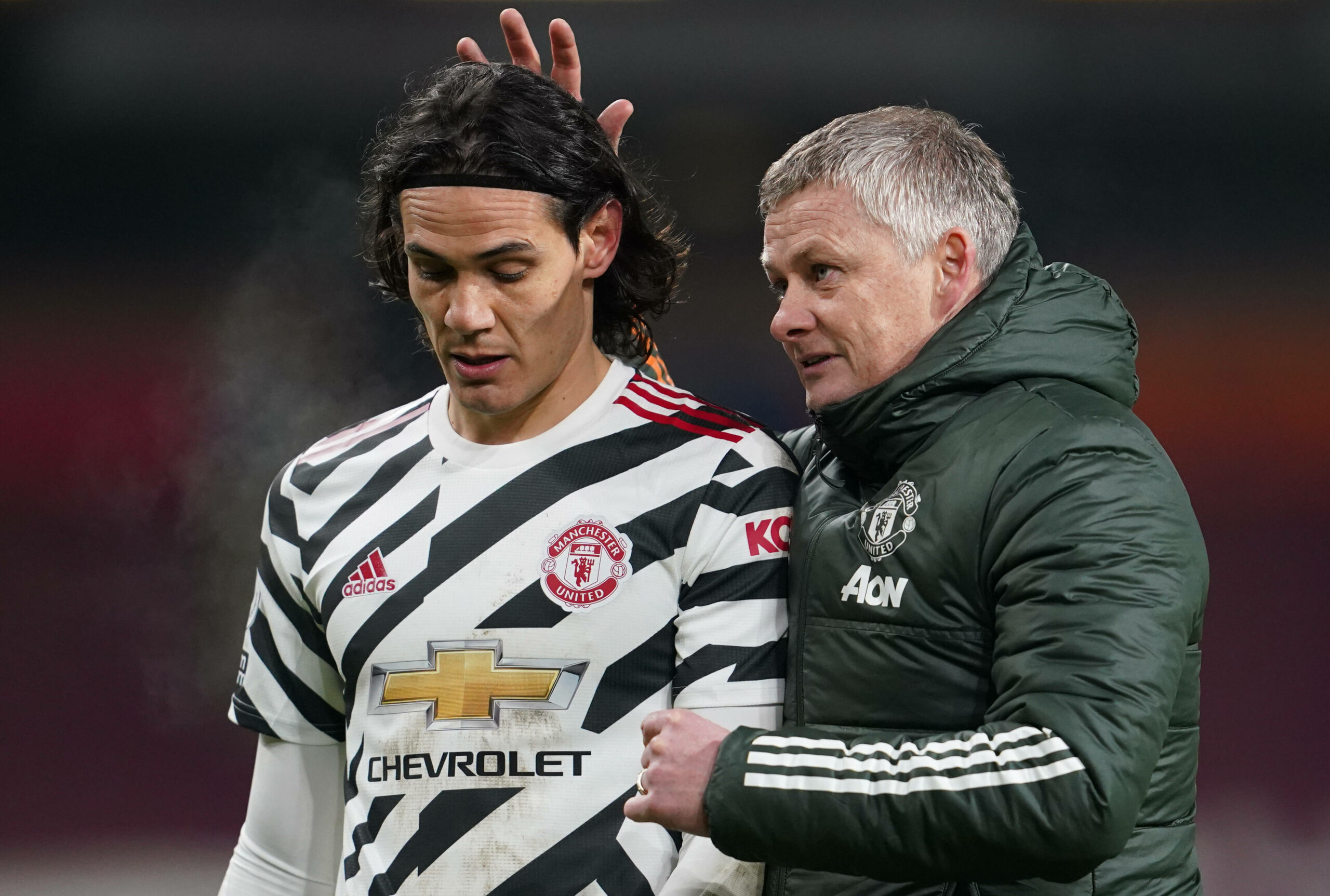 Manchester United will travel to London to face Tottenham Hotspur this weekend.

Ahead of the game, Ole Gunnar Solskjaer was asked about the future of Edinson Cavani whose contract will come to an end this summer.

In response, Solskjaer told ESPN: “I’ve kept in touch with Edi of course. We keep an open dialogue and he’s still unsure what he wants to do next season, which I find fine.”

“It’s not been an easy year either for him or the rest of the world, this season, so he still wants time to make his mind up.

“I’m very sure we will get the good version of Edinson for the rest of the season. He knows this is the business end of the season.”

Although Cavani is not a long-term solution for United, he is good enough to play one more season. He showed glimpses of his brilliance against Everton and Southampton when he netted goals to win three points for his team.

He is a role model for forwards like Mason Greenwood and Marcus Rashford. Cavani has been a top-class striker for his previous clubs and for his country.

His movement off the ball is considered to be one of the best in the world. Not only is he an asset while attacking but also when his team do not have the ball.

ESPN stated a few days ago that Cavani wants to play in Argentina for Boca Juniors.

With only two months left until the end of the season, a decision will soon be needed regarding Cavani’s future.