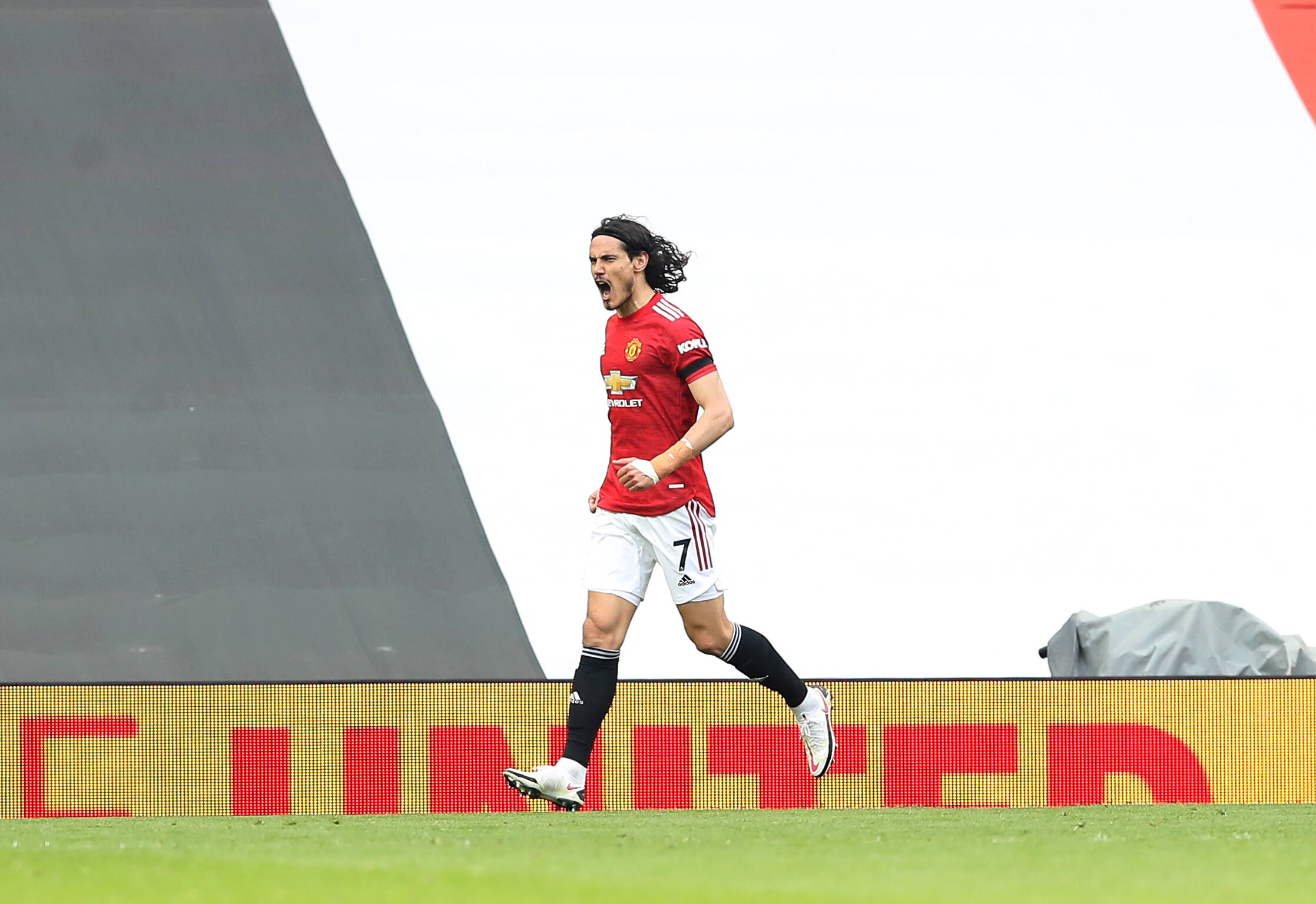 It is no secret that Edinson Cavani is still unsure whether he should stay at Old Trafford next season.

Manchester United manager Ole Gunnar Solskjaer has been vocal about Cavani’s indecision on his future.

He has hailed the Uruguayan international as a world-class number nine and wants him to stay for another year.

According to Daily Mail, the Red Devils are hoping that winning a trophy would influence the veteran striker to sign a contract extension.

“Edinson is not 100% decided on his future yet,” said Solskjaer.

“He’s not told me he wants to leave but I am very aware he might be going back home to South America. If that’s his decision, I will understand that.

“He knows my view. He knows I’d love to see him play in front of the Man United fans at Old Trafford.

“It will be the year when we can get the fans back in and it’s important that he makes the decision not with anything else in mind.

‘He wants a successful end to the season and that might sway him because he knows I love working with him, the boys really love having him around.”

Cavani joined United last summer on a one-year deal with the option to extend for another year.

With ten goals this season the 34-year-old is the club’s third-highest goalscorer, behind Bruno Fernandes and Marcus Rashford. He also has two assists in the Premier League.

He has been a tremendous team player for United. His work rate has been remarkable since day one.

Cavani has played a vital role at the club, not only as a player but also as a mentor to young forwards like Rashford and Greenwood.

However, adapting to a new culture and language has not been easy for him, particularly in the midst of t the COVID-19 pandemic.

Solskjaer is eager to win a trophy this season, and the Europa League represents an excellent opportunity to achieve the feat.

United play Roma in the semi-finals of the tournament and Cavani could be key to their hopes of prgression.

The manager will hope that the former Paris Saint-Germain striker will help them to win the trophy and agree to extend his contract with the club for another year.