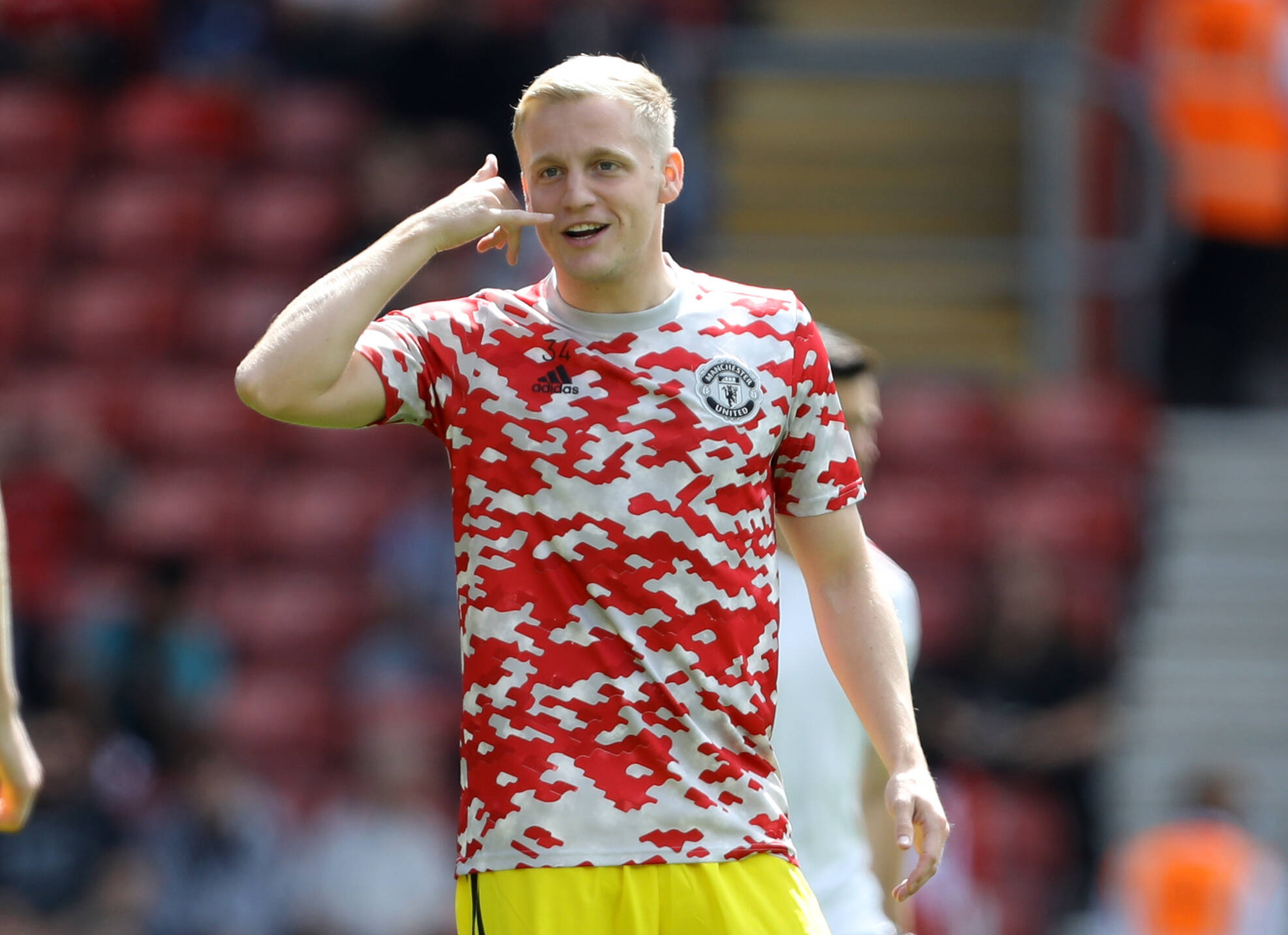 After finding his top-flight opportunities hard to come by under the Norwegian manager, the Dutchman could get a more prominent role this term.

That is at least according to Solksjaer, who insists United’s hectic schedule will require rotation and allow the Dutch playmaker to play more often.

“Of course we started against Leeds with a team we picked and a 5-1 win was, of course, justification for the team selection,” Solskjaer told The Independent.

“We move to the next one, Scott (McTominay) couldn’t play and Nemanja (Matic) was our best player in pre-season, that’s why I chose Nemanja, he’s been terrific.

“Donny has worked hard, he’s done really well, he will get his chances when the season gets going.

“We had Carabao Cup games, a game every four days, we’ve had a week every game, I can’t say any other way we made the decision when you start as well as you do you don’t wanna rotate too much, that was the decision, Nemanja started ahead of Donny.”

Van de Beek arrived from Ajax last summer for a fee of £35 million plus £5m in add-ons but struggled to secure enough playing time at Old Trafford in 2020/21.

The midfielder made 19 Premier League appearances last season, 15 of which came from the substitutes bench, which forced his omission from the Netherlands’ European Championship squad.

After failing to register a single minute of top-flight action across the opening two league fixtures this season, the 24-year-old has faced another national team rejection.

Louis Van Gaal has reportedly informed his compatriot that he needs to ensure regular first-team football to return in contention for the Dutch national team.

Van de Beek’s first opportunity to showcase his talents could come as early as this Sunday when United take on Wolverhampton at Molineux.

Solskjaer will be without Scott McTominay, who underwent groin surgery earlier this week, which could pave the wave for the Dutchman.

Fred and Nemanja Matic played in the Red Devils’ double-pivot against Southampton last weekend but failed to live up to expectations.

While the Brazilian looked sloppy with the ball, the tall Serb seems to be running out of fuel as he often struggled to cope with intense pressure from Che Adams and Adam Armstrong.

The pair’s underwhelming display at St Mary’s could be an added incentive for Solskjaer to hand Van de Beek his first start of the season.