Solskjaer gives his verdict on touchline bust-up with Bruno Fernandes 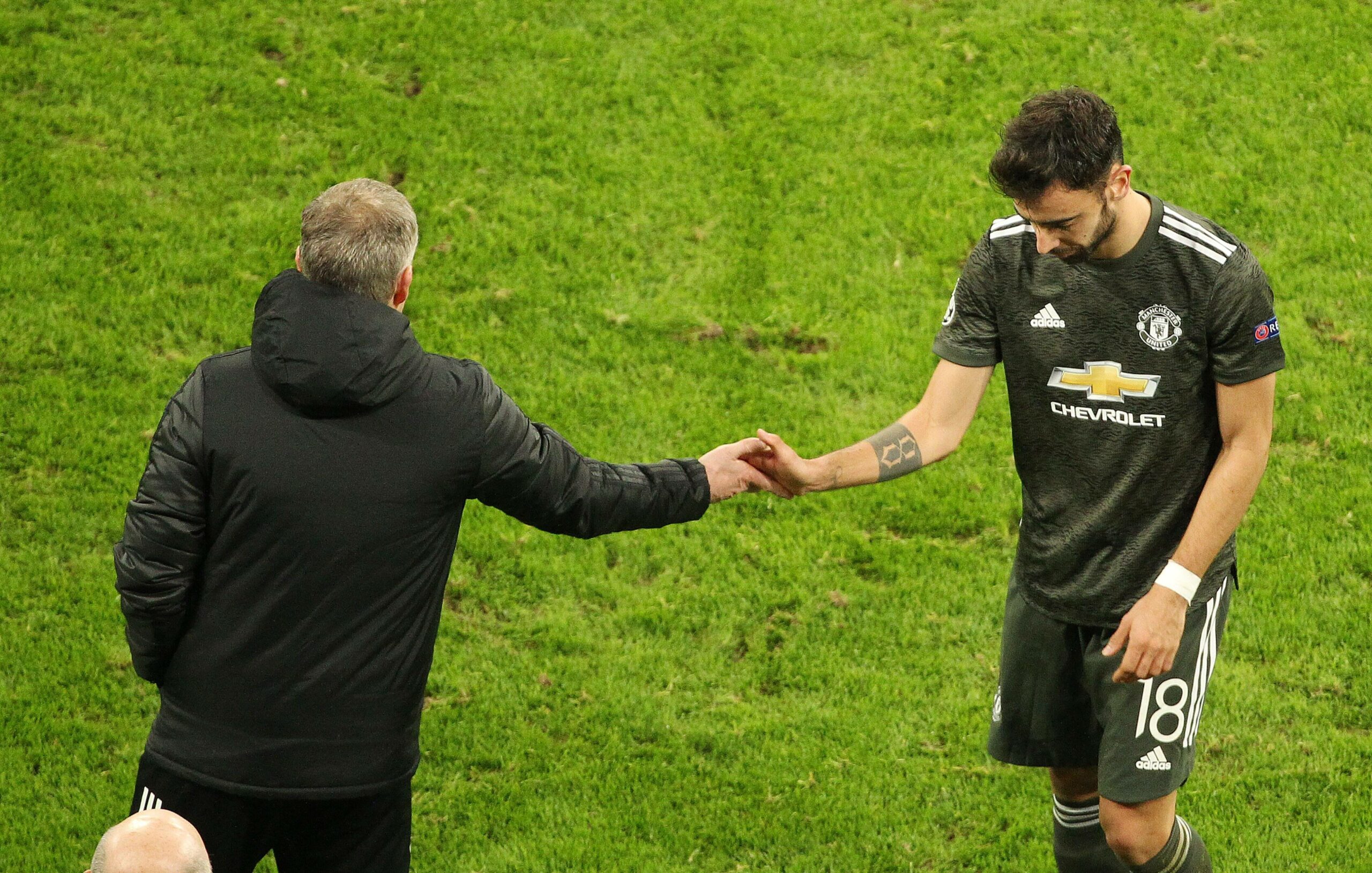 United performed well below their standards in the first half at Old Trafford as the Seagulls took a 1-0 lead into half-time.

With fatigue catching up with the players on the back of the international break, frustrations boiled over as the Red Devils came from behind to clinch a 2-1 win on Sunday night.

Known for his exuberant nature, Fernandes was perhaps the most frustrated of all United players.

The Portuguese star was spotted sharing a heated moment with Solskjaer on the stroke of half-time while the Norwegian was trying to give instructions to Luke Shaw.

Always aspiring to perfection, the 26-year-old refused to hide his disappointment with his side’s first-half display.

Although the discussion started on the pitch, tensions seemed to have spread to the dressing room as Solskjaer looked to find a way to dig his team out of trouble.

The 48-year-old admitted his players failed to find their balance inside the opening 45 minutes, saying the half-time break helped his side rally their troops.

“I thought we started well, but when they scored, after that we could not find our rhythm again and we needed half-time to compose ourselves and go again,” he said, as quoted by the Daily Mirror.

“Second half, we played some good stuff. More runs in behind, more movement, better movement.”

Solskjaer also reflected on the arguments within the locker room at half-time.

“Sometimes after international breaks it takes time – and then maybe the fireworks have to be lit at half-time.

“It is always difficult to play Brighton. We have had good results and we’ve had to earn them the hard way. We managed to find a way in the second half.”

A little frustration within a football team is no cause for concern – United’s problems stem from a lack of top-quality in the squad, not from tactical disagreements or interpersonal issues within the squad.

If a player – especially one so critical to the team’s success in the last 15 months as Bruno Fernandes – speaks up in frustration at a time the team is losing 1-0, it’s welcome.

It’s not ideal that the frustration was voiced on the field and, hopefully, this can be done behind closed doors going forward.