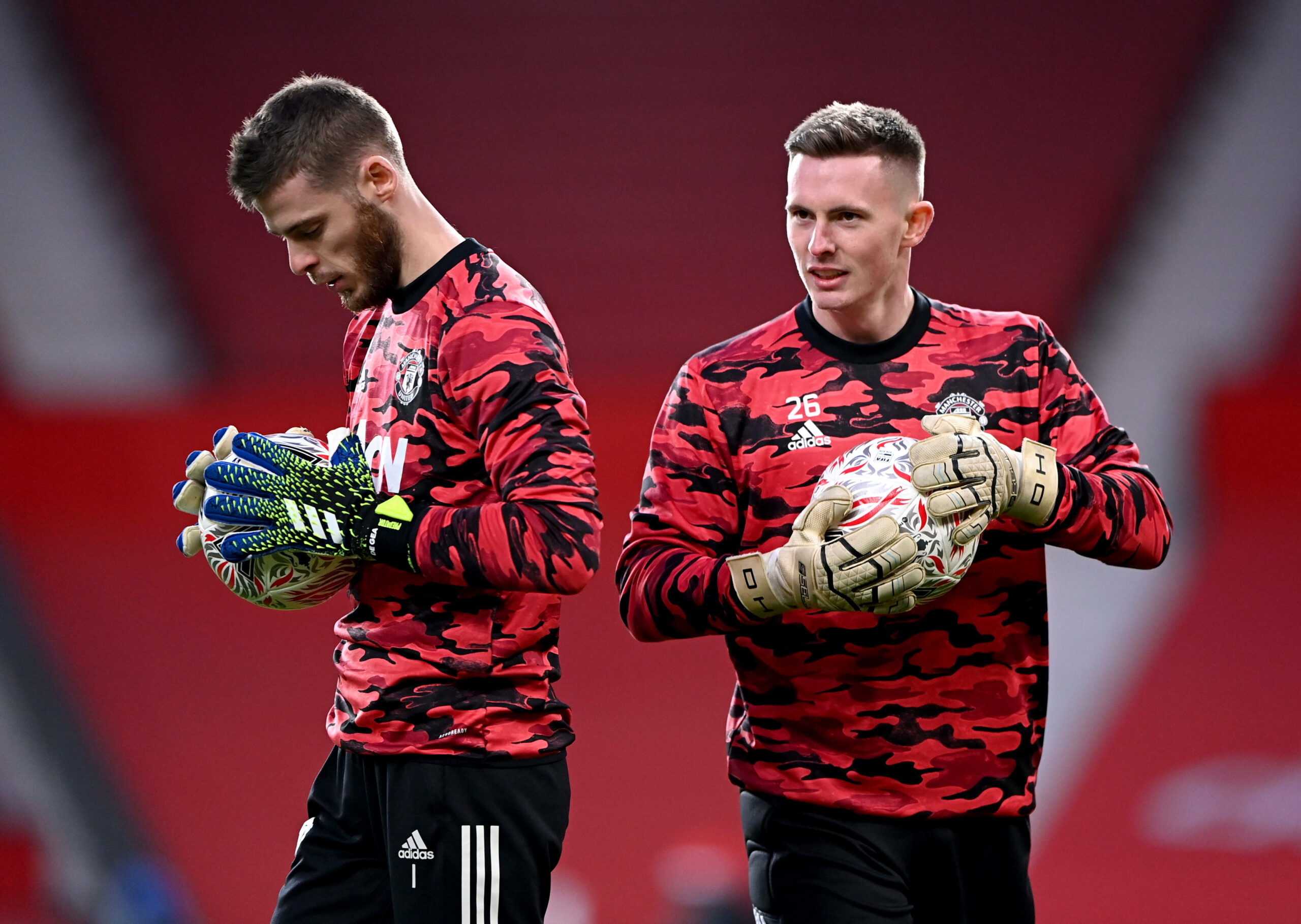 Ole Gunnar Solskjaer has a tough choice to make, as David de Gea and Dean Henderson go head-to-head for a place between the sticks at Manchester United.

According to The Telegraph, the Norwegian has decided against alternating between his two goalkeepers.

He will instead entrust one of them with a starting berth for the remainder of the season.

At the moment, Solskjaer’s choice remains a secret, with both keepers on their toes.

De Gea has been a permanent figure at Old Trafford for a decade and has racked up 24 starts in United’s 29 Premier League fixtures this season.

Despite occasional blunders and current contractual dilemmas, the Red Devils hold the Spaniard in high esteem.

However, Henderson has been nothing short of reliable when being called into action this term.

The 24-year-old shot-stopper has kept a clean sheet in 12 of his 19 competitive outings this season, conceding an average of 0.68 goals per match.

Furthermore, he slammed the door shut in all three top-flight appearances while deputising for his senior colleague in March.

Little did he know Henderson would take advantage of his absence to stake his claim for regular first-team football at Old Trafford.

Although he remains one for the future, the United academy graduate is reportedly keen to establish himself as a starter already this season.

Solskjaer could decide to go with Henderson, particularly in light of de Gea’s uncertain future.

His final decision will come to light when the Red Devils take on Brighton & Hove Albion on Sunday.